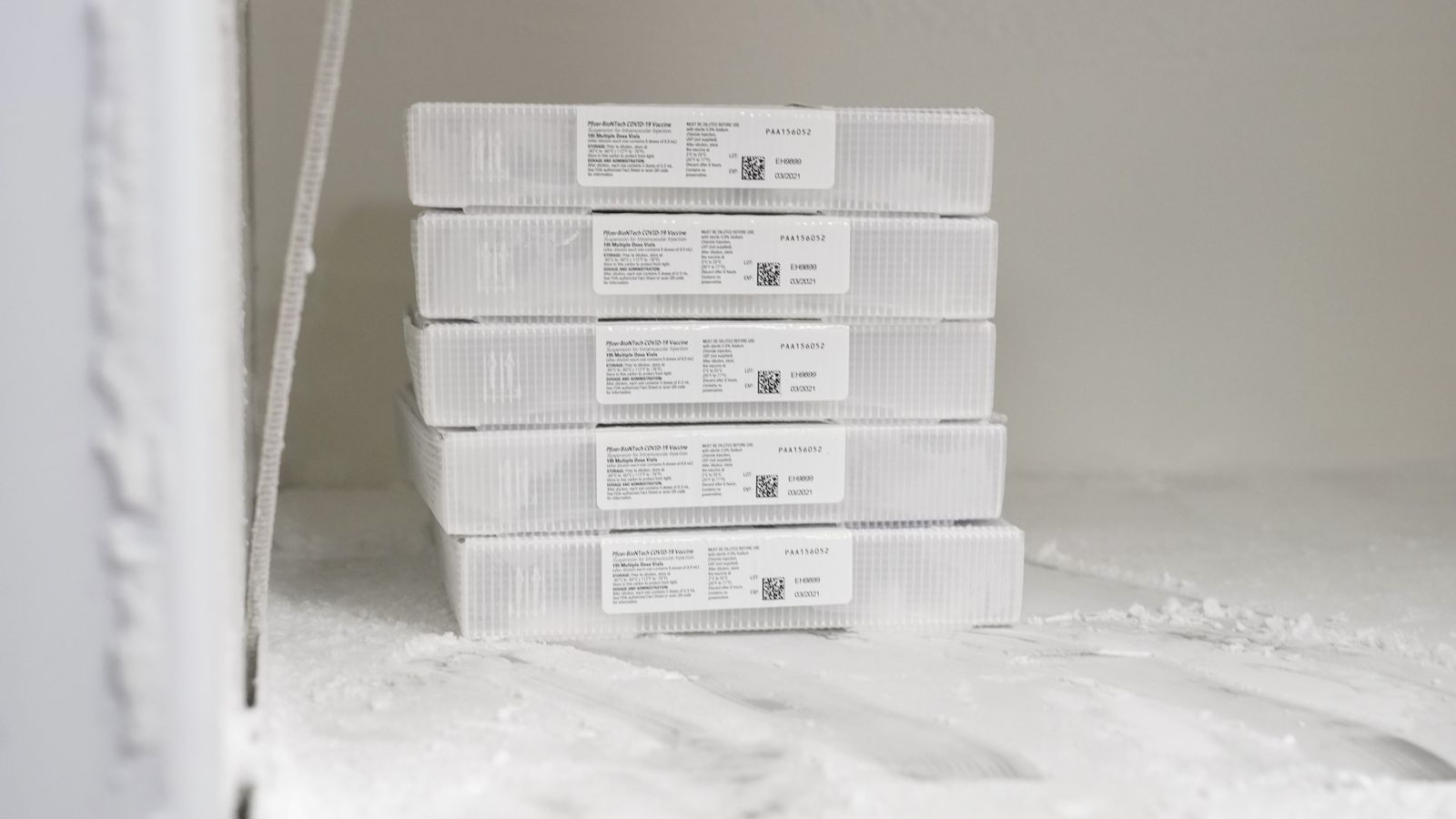 The COVID-19 vaccine has arrived in Florida. When can you get it and where?

The COVID-19 vaccine has arrived in Florida. When can you get it and where?

Healthcare workers and residents at long-term care facilities in Florida will be rolling up their sleeves to get their first doses of the COVID-19 vaccine this week. First up for the Pfizer-BioNTech COVID-19 vaccine are healthcare workers at five Florida hospitals, two of which are in South Florida: Jackson Health System in Miami-Dade County, Memorial Healthcare System in southern Broward County, Tampa General Hospital, AdventHealth Orlando and UF Health Jacksonville. [Source: Miami Herald]

Each day in Florida, about 100 kids are involuntarily committed for psychiatric exams under the state's Baker Act. The law was not designed for children, yet over the past few years, the number of minors taken for mental health evaluations has increased. The issue is drawing more scrutiny from child advocates and lawmakers. But solutions to the problem aren’t easy. [Source: WFSU]

Deadline to apply for ‘Obamacare’ is near. Here’s how to get your ACA needs covered

The deadline to join that healthcare market in 2021 is Tuesday, Dec. 15. The biggest mistake people make is missing the deadline, said Charlene Zein, senior vice president of Ambetter from Sunshine Health. Ambetter is headquartered in South Florida and is one of many insurance companies selling ACA plans in the marketplace. So is Florida Blue, Medica and others. [Source: Miami Herald]

A statewide grand jury studying school safety issued an interim report Thursday that tore into Florida’s mental health system, saying that “deficiencies in funding, leadership and services related to mental health care tend to turn up everywhere like bad pennies.” “This grand jury has received a great deal of evidence and testimony regarding financial deficiencies, conflicts between various agencies over information sharing and privacy, inadequate or inefficient provision of services and a number of other serious problems,” the report said. [Source: Florida Trend]

Florida among states with most COVID-19 workers' compensation medical claims

Florida was in the top five nationally in the rate of COVID-19-related workers’ compensation insurance medical claims filed in the first six months of 2020, a report released this week by the National Council on Compensation Insurance (NCCI) said. Florida recorded more than 300 COVID-19-related workers’ compensation medical claims for every 100,000 active claims between January and June, the NCCI reported, a 50% increase from 2019 averages. [Source: The Center Square]

› Marion County's The Centers target of merger deal with Daytona's SMA Healthcare [Ocala Star Banner]
After a brief courtship, Daytona Beach-based SMA Healthcare and The Centers announced they plan to merge, potentially forming a six-county strong behavioral health agency. Earlier this year, SMA and The Centers began low-level talks of a possible merger. But after the resignation of The Centers' CEO in September, merger talks cranked up.

› USF Federal Credit Union donates $25,000 to Florida hospitals [Florida Trend]
Continuing its mission to give back to the communities it serves, USF Federal Credit Union (USF FCU) is donating $25,000 to hospitals in West Central Florida for much-needed supplies and equipment. "We are sincerely honored to be able to make these donations," said USF FCU CEO and President Richard J. Skaggs. "Especially in these challenging times, the doctors, nurses and staff of these hospitals need all the help they can get to provide lifesaving support to their patients."