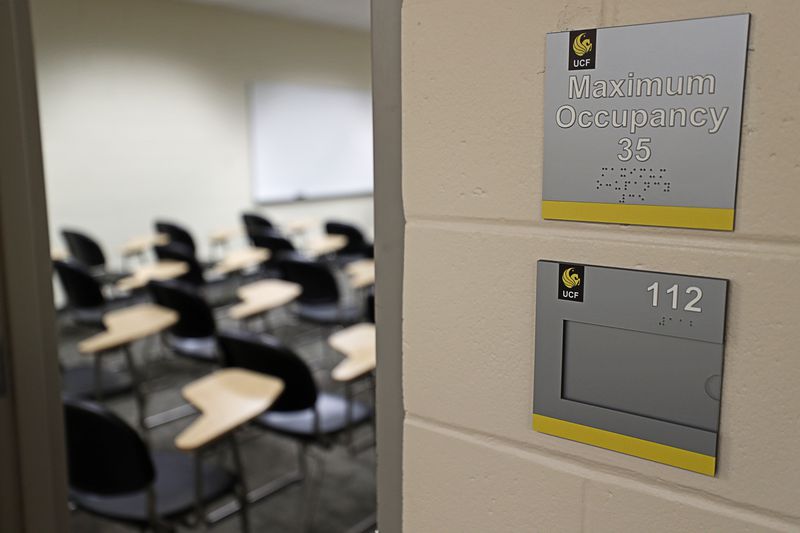 Florida universities to offer more in-person classes this spring, but many will remain online

Florida universities to offer more in-person classes this spring, but many will remain online

Florida universities plan to offer more face-to-face instruction this spring, as the state has urged institutions to resume as many in-person activities as possible. But many classes will still be online-only, with the number of in-person sections remaining far below what was offered before the pandemic. Campus leaders say measures implemented during the fall semester, including frequent cleanings of common areas and random virus testing, will continue. [Source: Orlando Sentinel]

More students are failing at their schoolwork as they learn at home during the COVID-19 crisis, according to new school district data. The percentage of students getting F’s has more than doubled, with more skipping school and performing poorly on assessments. South Florida districts have reviewed practice tests, report card data, attendance and other measures to get a glimpse into how severe the “COVID slide” is. [Source: South Florida Sun-Sentinel]

Opinion: Florida business leaders have a role to play in early education

When children fall behind, it is a serious issue for our families, but also a threat to our businesses, our region and the state’s economy. As business people, we must do all we can to ensure that our children receive the early education required for their future success in this competitive global market. And we can start by helping parents with flexible work schedules during these extraordinary times — scheduling in ways that still support the business need but also allow for employees to fulfill personal responsibilities. [Source: South Florida Sun-Sentinel]

As the first semester of classes nears its end, worries are mounting that many Florida students have struggled to keep up with their work. Online courses and quarantines represent just a few of the many factors causing some children to fall behind. It’s become such a concern that state officials have instructed schools to provide “intensive interventions” for any child identified as lagging in their lessons. Suggesting that some students might need extra time to learn what they need to know, state Sen. Lori Berman has proposed giving parents the authority to decide whether their child can repeat a grade next year. [Source: Tampa Bay Times]

A controversial proposal to allow guns to be carried on public college and university campuses in Florida is back. The measure has failed several times in the past but the sponsor believes it’ll have a shot this year since Republicans gained seats in the Florida legislature. The usual opponents are standing their ground on the issue. Florida is one of 16 states that doesn’t allow guns to be carried on the campuses of its public colleges and universities. [Source: WLRN]

› Port St. Lucie High is only Florida school recognized for inaugural award [TCPalm]
Port St. Lucie High School will receive the School of Excellence award for its work helping students apply to college, the school district announced Tuesday. The inaugural award highlights the school's efforts in the Apply Yourself Florida college- application campaign, which allows students to apply for college during school hours.

› Central Florida teachers push to be among first vaccinated [WFTV]
As more students plan to head back into a classroom in Florida, teachers are asking to be one of the first in line to get vaccinated against COVID-19. A group of 11 education associations sent a letter to the Centers for Disease Control and Prevention, arguing for teachers’ health but also saying, “The education community could be a trusted messenger to help ease anxieties and increase the trust factor.”

› 27,000 acres of Osceola County land gifted to UF for preservation efforts [Osceola News-Gazette]
More than 27,000 rural acres near Yeehaw Junction in Florida’s southern Osceola County has been gifted to the University of Florida to protect one of the last natural areas of its kind and to serve as a living classroom and laboratory for students and faculty throughout the university, UF officials announced this week. Elisabeth DeLuca’s contribution is among the largest gifts of real estate ever to any university in the nation.

› Entrepreneur donates $2 million to USF [Business Observer]
The University of South Florida has received a $2 million estate gift from David Miga, the founder, owner and president of Electronic Design Specialists, an Odessa-based engineering firm. According to a press release, the funds will support USF College of Engineering students and faculty. Miga’s gift will establish the David Miga Endowed Scholarship for Electrical Engineering and create the David T. Miga Innovation Facility Fund.