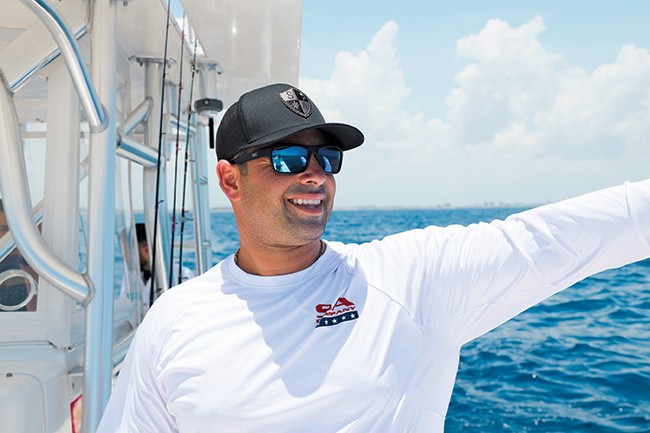 Thomas DeSernia's SA Company and Alpha Defense Gear are based in Boca Raton. 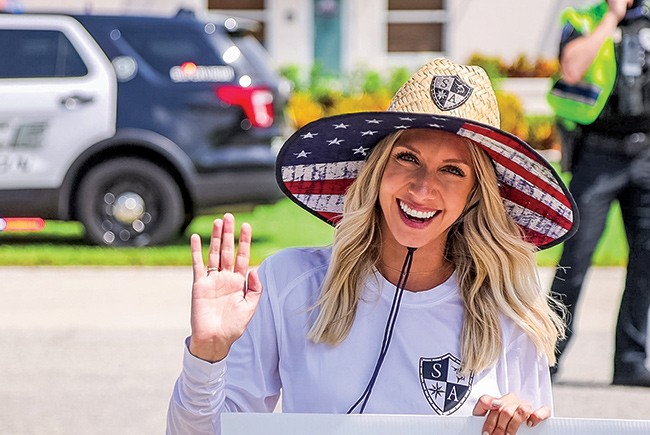 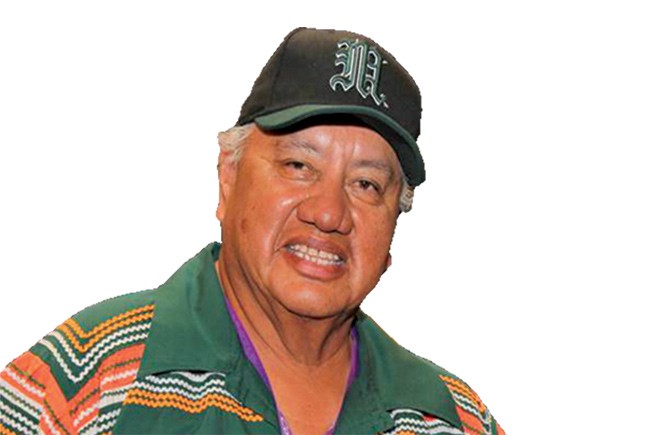 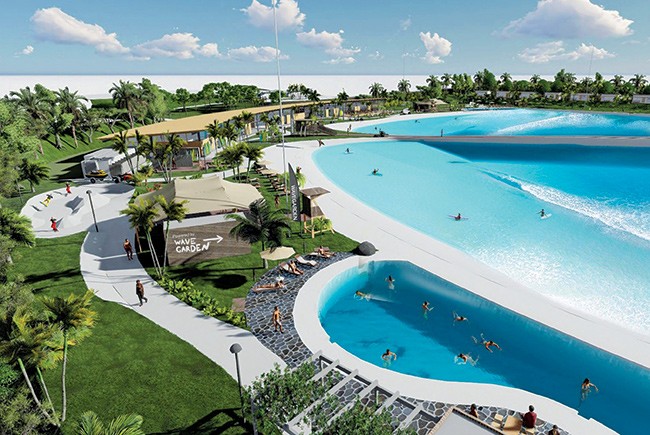 Developers propose building a 200-acre project with residences, a hotel and retail and office space in Fort Pierce. The project will include a simulated surf park.
< >

Thomas DeSernia was studying to be a dentist when he conceived a gimbal cover to keep fishing rods from ripping up boats when a fish struck. The Boca Raton native left dentistry as the product and a T-shirt he designed took off through social media thanks to the efforts of his then-girlfriend, now wife, Jordana. His SA Company and Alpha Defense Gear based in Boca Raton sell fishing-and military-themed outdoor apparel and accessories, respectively. Maker of the neck gaiter Face Shield, SA has donated more than 30,000 products in South Florida since the pandemic began. It employs 200. His success in marketing led DeSernia, 30, to launch a marketing agency as well.

Longtime Seminole Tribe council member Max B. Osceola Jr., 70, died from complications stemming from COVID-19. Osceola represented the Hollywood Seminole Reservation from 1985 to 2010 on the five-member tribal council, an era that saw the tribe acquire the Hard Rock International brand and become a major player in the gambling industry. At the news conference announcing the Hard Rock purchase in 2006, he said, “Our ancestors sold Manhattan for trinkets. Today, with the acquisition of the Hard Rock Cafes, we’re going to buy it back one hamburger at a time.” Born in Hollywood, Osceola grew up on the reservation there, graduated from McArthur High and played football for the University of Tampa before transferring to Northeastern Oklahoma A&M, where his team won a national championship and later the University of Miami, from which he graduated.