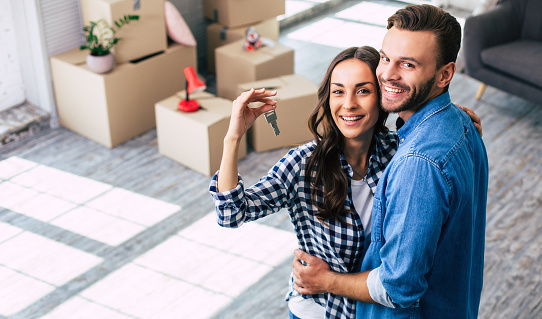 Moving to Florida is no longer just for retirees. Clear trends show that a younger generation of Americans is moving to the Sunshine State, perhaps due to the COVID-19 pandemic. Single-family home sales have more than doubled in parts of the state, as these individuals and families seek additional space and amenities. [Source: Daily Business Review]

Buyers attracted to the area’s affordability and laidback lifestyle are scooping up waterfront homes from Pensacola to Panama City. This year through Sept. 29, 2,280 single-family homes were sold on the Emerald Coast, up 19% over the same period last year, according to the Emerald Coast Association of Realtors. The average sale price so far in 2020 is up 25%, to $837,917, compared with $671,477 in 2019. Gulf-front homes in communities along the 24-mile stretch of Highway 30A command top dollar, with an average sale price of $1.62 million. More from the Wall Street Journal and Fox Business.

South Florida by the numbers: 2020 presidential election and real estate

"South Florida by the numbers” catalogs the most notable, quirky and surprising real estate statistics. This edition focuses on the connection between real estate and the election. Read more about the candidates’ respective positions on real estate and business issues, and what impact the eventual winner will have on their industry. [Source: The Real Deal]

More people are migrating from New York to Florida

During the third quarter, nearly 22,000 more Redfin.com users looked to move into Florida than out, almost double the figure of the third quarter last year. New Yorkers represented 27% of home searches in Florida. The trend has intensified as people feel more certain of their remote work and school plans. [Source: Mansion Global]

You can now own an award-winning HGTV home for $1,985,000. This fully restored 4,000-square-foot house on Bay Street NE in St. Petersburg, Florida, snagged the title in the Homes With History category of HGTV’s nationwide Ultimate House Hunt 2020. “It’s Craftsman style, and it is absolutely stunning. It has been restored over the years pretty much down to the studs and redone,” says listing agent Tracy Reyes. “I like a home with history. I like a home with character. This house definitely has both.” [Source: Orlando Sentinel]

STAT OF THE WEEK
$49.5 million
The La Solana estate, with 16 bedrooms and 19,434 square feet, is one of the most expensive properties on the market in Palm Beach. It's listed for $49.5 million. [Source: South Florida Sun-Sentinel]

› Best September on record for Naples area housing market [Florida Weekly]
The September 2020 Market Report released by the Naples Area Board of Realtors shows performance in several key areas was at a 20-year high compared to activity reported during any other September on record. NABOR tracks home listings and sales within Collier County (excluding Marco Island).

› Luxury brokers battle over $520K commission tied to Fisher Island condo sale [The Real Deal]
A plumbing supply mogul’s $10.4 million purchase of a condo on Fisher Island is at the center of a legal fracas involving three prominent Miami luxury brokers. In a recently filed lawsuit in Miami-Dade Circuit Court, Rose Bauer and her company Rivero Real Estate accuses brokers Dora Puig and Mayi de la Vega of going behind her back to deprive her of a 5 percent commission, or about $520,000, resulting from the sale of a four-bedroom, 4,904-square-foot unit at the boutique tower Palazzo Della Luna.

› No slowdown in spending meant no September swoon for Southwest Florida real estate [aples Daily News]
No September swoon this year. Far from it for Southwest Florida real estate. The traditionally lackluster month instead continued the fierce 2020 purchasing pace sparked by the pandemic as the median price for Collier County single-family structures now approaches a half-million dollars. At the same time, Lee County had its best selling single-family September since 2016, according to the Royal Palm Coast Realtor Association.

› South Florida’s median home price has hit an all-time high: $425,000 for a house [Miami Herald]
For the second month in a row, South Florida residential sales are beating out 2019. They’re also driving up prices, bringing the median price for a single-family home in Miami-Dade and Broward counties to $425,000 — the highest ever. The total number of home sales was up more than 12% in September 2020 over September 2019 sales in both Miami-Dade County and Broward, according to the Miami Association of Realtors.