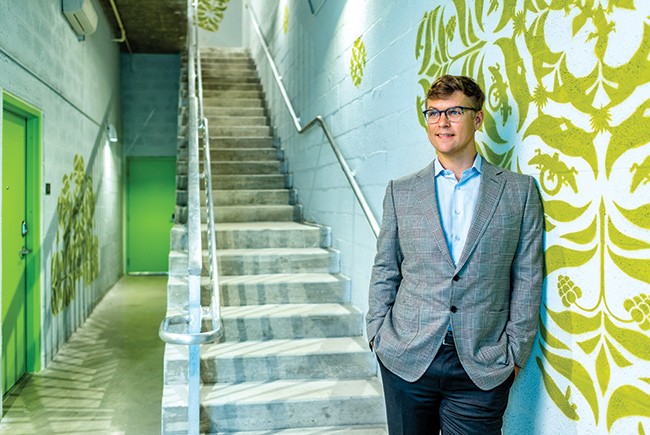 It took Andrew Frey almost 10 years to build his brownstones in Miami because of government restrictions. 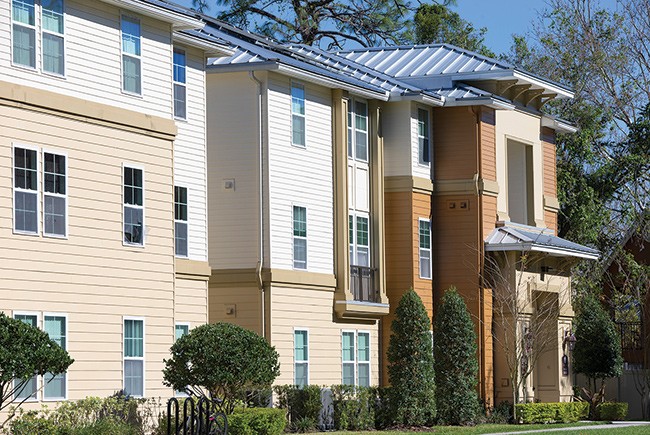 Orange County made it easier to build affordable housing like the Golden Pointe apartments in Winter Garden. 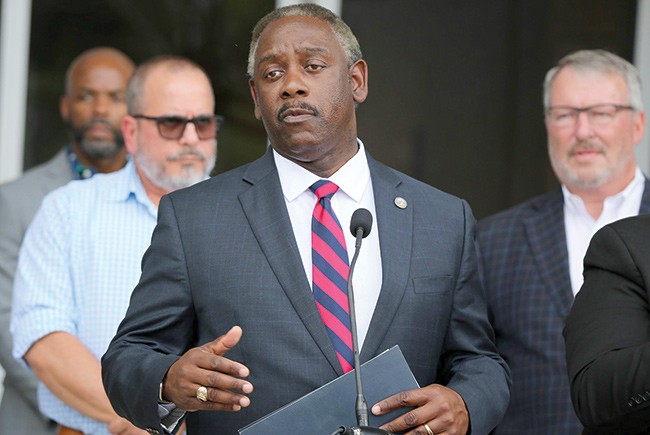 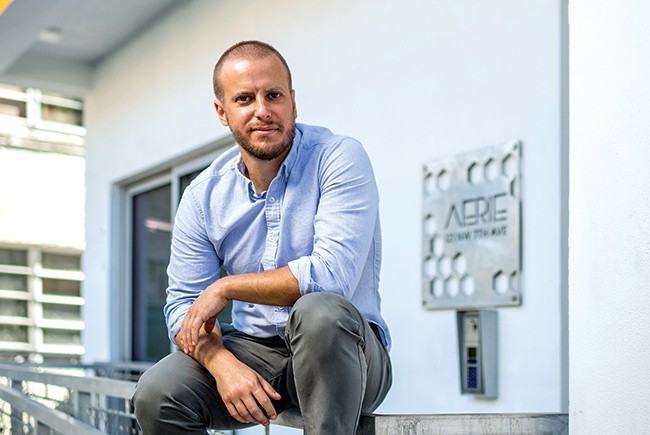 Andrew Frey, attorney, urbanist and developer, began with the idea of building a brownstone in Miami. It would be neither brown nor stone but would have three stories with a stoop, the kind of row house that makes for the iconic, livable neighborhoods found in his former home of Boston and in New York, San Juan and cities across Europe. A good “building topology,” he says in wonky fashion.

He wondered why no one had filled vacant lots in Little Havana and other Miami neighborhoods with buildings like it — or like the small Med Revival or Art Deco apartment buildings from the 1920s and 1930s found throughout Miami Beach. Frey ran through the list of necessaries, such as demand, money, design professionals, engineers, contractors. Miami had them all. “I’m not that smart. I can’t be the only person who had this idea. Why aren’t other people building brownstones?” Frey says. “The only thing left was zoning.”

From that starting point nearly a decade ago, Frey went on a quest to build his brownstones — with mixed results — and took a deep dive into how Miami and Florida can address its shortage of affordable housing. Others around Florida are taking a similar path. The names and approaches vary — some go under the name YIMBY (“Yes in My Backyard”) and others Market Urbanism — but they share a view that liberalized urban planning and unshackled private developers can create market-rate housing to supply the housing need.

Affordable housing means different things — market rate vs. subsidized, for example — to different people. At a housing forum in February, Suzanne Cabrera, CEO of the Housing Leadership Council of Palm Beach County, remarked that a manufacturer paying starting engineers $85,000 a year had trouble recruiting local workers because housing costs are so high. “If you cannot recruit a rocket scientist in your county, you got a huge problem,” she said.

“Everything comes back to housing,” says Stephanie Berman-Eisenberg, CEO of Carrfour Supportive Housing, a Miami non-profit that provides housing for the formerly homeless and others at the bottom-most rung (“No More Grand Plans,” page 68). “It seems like if we could figure out how to keep people in housing, a lot of our other community problems would be solved.”

Neither Florida nor the nation has figured it out. More than 40 federal, state and private funding sources for affordable housing target homeowners, renters and developers in Florida, according to the Florida Housing Coalition’s affordable housing resource guide. Florida also is home to 18 existing and from Franklin County in the Panhandle to Key West, aimed at making homes affordable. Additionally, some local governments provide construction loans for affordable housing, donate surplus government land and have other programs.

Nonetheless, Florida has 795,605 low-income, “cost-burdened” renter households — households with wage earners making less than 60% of an area’s median income and paying 40% or more of that income in rent and utilities, according to the most recent annual report by the University of Florida’s Shimberg Center for Housing Studies.

Founded by the state 40 years ago, Florida Housing Finance is the conduit for the state’s affordable housing funds, notably tax money raised under the 1992 Sadowski Act for housing. Each year, developers and housing advocates lobby legislators to commit the funds to their intended use — housing — though lawmakers typically divert at least some of the funds to other uses. Last year, Florida Housing Finance helped 17,192 households with homeownership — a good year — and added 11,469 rental units to the state’s affordable housing inventory, the most in at least five years.

This year, for the first time in 13 years, the Legislature and Gov. Ron DeSantis delighted advocates by committing all of the Sadowski money to housing. But even fully committed, Sadowski money can’t meet the need.

“There will never be enough government money to go into the problem at scale and solve the problem,” says Florida State urban economics professor Samuel Staley. “There’s no question in my mind this has to be a private-sector solution.”

The difficulty is that the profit margins in affordable housing are “very, very thin,” Staley says, and disappear under the cost of regulation and impact fees.

That’s what Frey found in Miami. Frey studied philosophy at Boston College and worked as an urban planner for the Cambridge Housing Authority in Massachusetts before attending law school at the University of Michigan. He came to Florida in 2004 as a zoning lawyer, then joined a Coral Gables-based apartment developer and now is a senior development manager for national urban rental housing developer Crescent Heights and COO for Galbut Family Office. He also has his own small property development company, Tecela. He’s married to filmmaker Ali Codina, daughter of Armando Codina, a real estate legend in Miami, and is vice chair for public policy for the Southeast Florida/Caribbean region of the Urban Land Institute, a global group devoted to responsible land use and making vibrant communities.