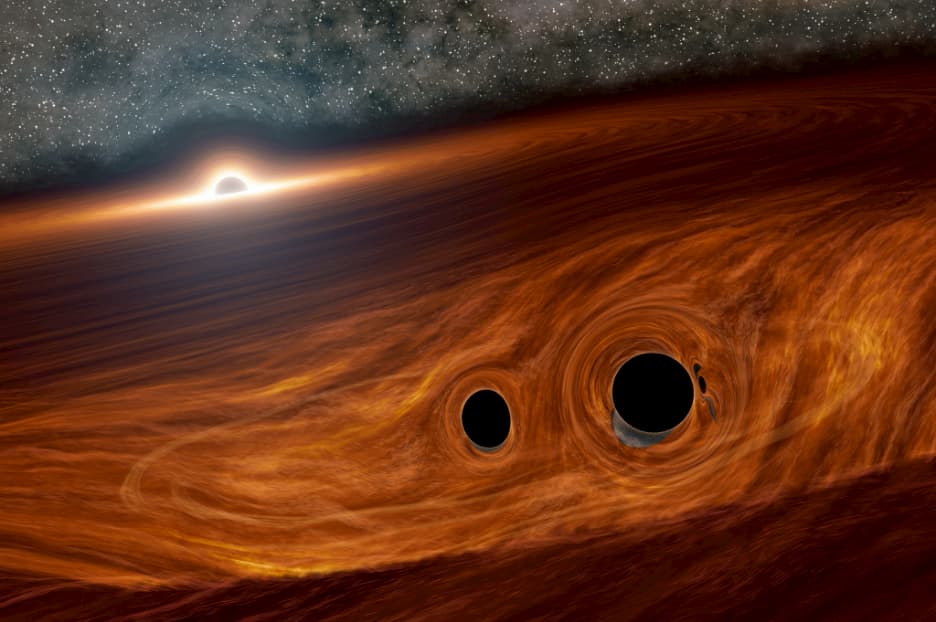 Researchers observed the black hole using twin detectors of the Laser Interferometer Gravitational-Wave Observatory (LIGO) and the Virgo gravitational-wave detector in Italy. These detectors are calibrated to sense tiny changes of distances on earth that are then interpreted through algorithms to make sense of the cosmic communication.

University of Florida scientists invented and developed the algorithm, called coherent WaveBurst, that detected the first and so-far only intermediate mass black hole.

“This black hole teaches us about the universe in ways that we weren’t previously aware of,” said Imre Bartos, an assistant professor at the University of Florida, who chairs the LIGO working group that is searching for intermediate mass black holes.

Typically, there is a natural mass limit to black holes that can be anticipated and calculated using the mass of stars, as the gravitational collapse of stars forms the black holes. The intermediate mass black hole is heavier than a black hole formed by the collapse of a star, but not as heavy as a supermassive black hole, meaning there is likely a different way black holes can form aside from stars colliding.

One possible explanation includes the collision of smaller black holes in an area so small these collisions happen by chance. The centers of galaxies are such locations, where tens of thousands of black holes can congregate within a light year from the center.

“We don’t totally understand where it is coming from or how it is formed, but this is the beginning of new physics,” said Sergey Klimenko, a University of Florida professor who pioneered development of searches for intermediate mass black holes in LIGO. “Astronomers were making bets if such black holes existed or not, and people believed they could not exist, but we found it.”