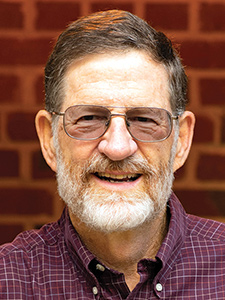 UF startup working on a device that police can use to test drivers.

With more states allowing some form of legal marijuana use, the race is on to develop a breath test that law enforcement can use to determine the drug's levels in drivers who may be under the influence.

University of Florida chemistry professor and inventor Richard Yost is working with Cannabix Technologies, a Canada-based, UF startup with operations in Vancouver and Gainesville, on a breath test based on inventions and research from Yost’s group at UF. Cannabix’s head analytical chemist is Jared Boock, who earned his doctorate while with Yost’s group. Cannabix is working on two devices, one handheld for police in the field, and a second, laboratory-sized device that would determine if results were accurate.

Yost has a long list of honors along with being a holder of the Florida Academy of Sciences Medal and an induction last year into the Florida Inventors Hall of Fame. As a Michigan State University grad student, Yost developed a mass spectrometer that revolutionized the field and became the most common in the world with annual sales of more than $1 billion. One use is to screen newborns’ blood for the presence of certain diseases. “That invention is used to test every baby born in Florida,” Yost says. Yost heads analytical chemistry at UF. He’s also director of the Southeast Center for Integrated Metabolomics and of the National Institutes of Health’s Metabolomics Consortium Coordinating Center.