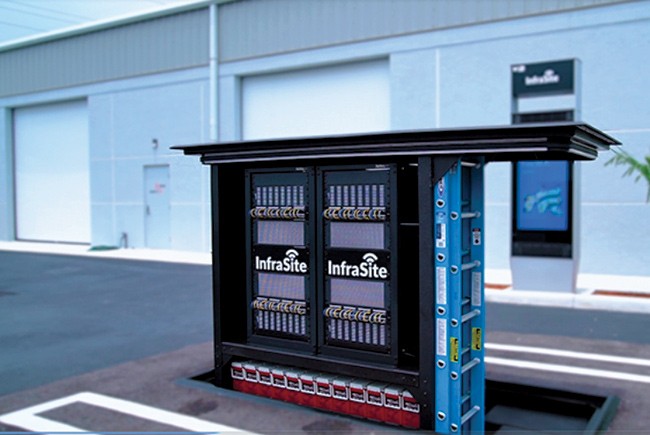 InfraSite can be implanted in any parking lot and along most roadways. 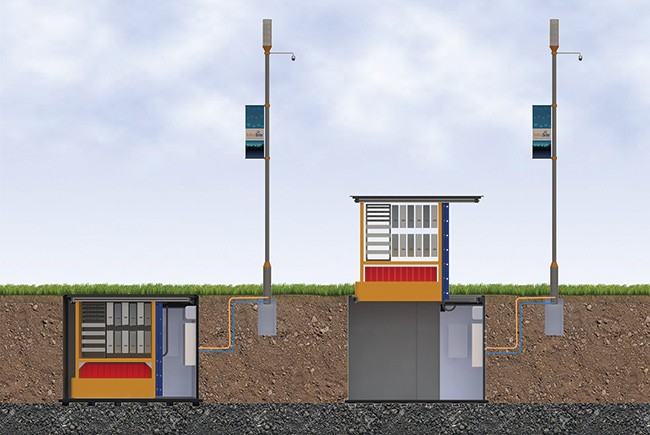 InfraSite Solutions builds retractable underground storage units for 5G equipment so the gear doesn't have to be on towers.

Building out the nation’s cellular networks requires lots of towers and refrigerator-sized electrical boxes to support them. The federal and state governments want to see 5G deployed quickly, so they tried to block local authorities from imposing criteria for how the 5G-related gear should look and where it can be placed.

That doesn’t mean cities, counties and neighbors welcome ugly gear attached to the towers — and it also doesn’t mean they haven’t tried to find ways to frustrate carriers’ plans and timetables.

Enter West Palm Beach startup InfraSite Solutions. Founder Kevin Aycock knows the mobile industry well through his cell tower construction and development companies Dynamic Construction Services and Dynamic Tower in Port St. Lucie. InfraSite offers retractable underground storage units to hold 4G and 5G tower equipment “safe, secure and out of sight,” Aycock says. InfraSites fit underground near a pole or tower but can be raised by a technician when needed for access. Its ancestor is the manhole — only his innovation rises up instead of requiring a technician to climb down, and the electronics are protected from natural disasters and floodwaters. InfraSites can be implanted in any parking lot and along most roadways.

Aycock says his solution is cheaper for carriers. And, with the gear below ground, residential neighborhoods won’t have an issue. It doesn’t “look like a monstrosity,” he says. InfraSite enables “edge computing” — that is, computing power and data storage near where it’s needed — to improve response times for the coming of autonomous vehicles and other tech.

Aycock is raising a second round of financing — working with the Florida Venture Forum — as he pitches InfraSite’s advantages to cities.

“We want to be the next American Tower,” he says.