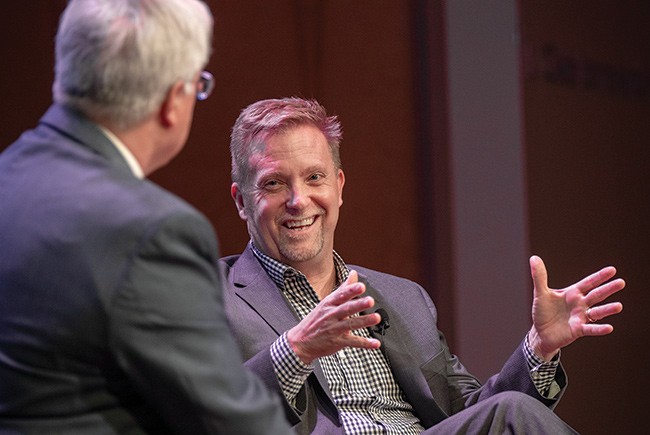 Pat Anderson founded VerdeGo Aero in 2017 as a maker of electric-powered air taxis capable of taking off and landing vertically. VerdeGo switched gears and now makes electric and hybrid powertrains for other electric-plane makers. 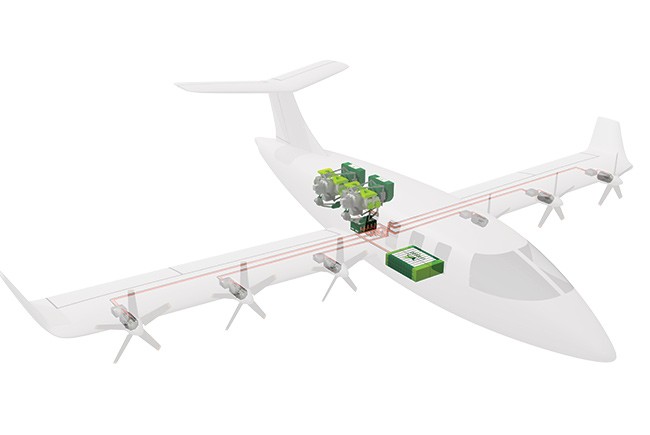 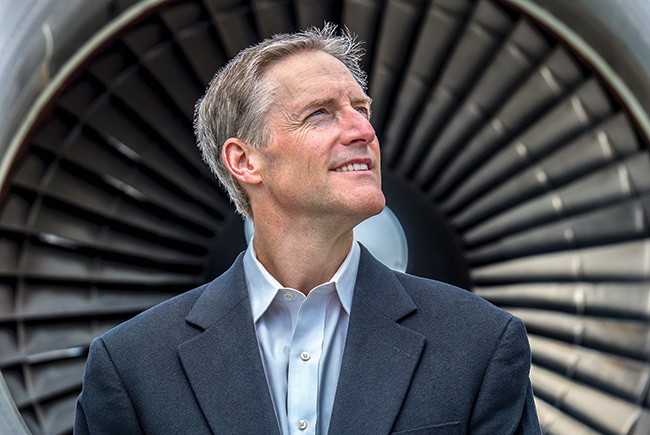 Erik Lindbergh, grandson of Charles Lindbergh, is a leader in the development of electric flight. He brought Bartsch and Anderson together. 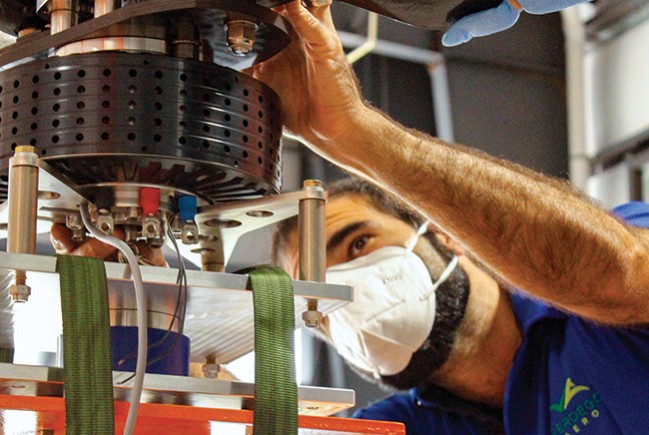 In a hangar in a research park at the airport just across the road from Daytona International Speedway, a team led by pilot engineers with noteworthy backgrounds has built a small, profitable company with a large ambition: To provide the powertrains that will make the electrification of flight not only possible but also economically feasible.

VerdeGo Aero was founded in 2017 by Richard “Pat” Anderson, an aerospace engineering professor at Embry-Riddle Aeronautical University in Daytona Beach, e-aviation innovator Eric Bartsch, and Erik Lindbergh, grandson of the Spirit of St. Louis aviator, all of whom had been working on using electricity to power flight.

Anderson, the company’s chief technology officer, is a pilot and FAA-certified mechanic who earned his doctorate at the University of Central Florida, went on to be Florida State University professor of the year and was the first person at Embry-Riddle to be given tenure in two colleges, aviation and engineering. An electric-flight industry pioneer, he also heads the university’s Eagle Flight Research Center.

Bartsch, the CEO, is a plane and glider pilot who holds 19 patents and has worked in drone and electric aircraft for years, while Seattle-based Lindbergh — aside from his famous grandfather — is one of the leaders in the development of electric flight. Lindbergh brought the trio together.

Their original, captivating plan was to build a tilt-wing, electric-powered air taxi that could take off and land vertically. In animations showing multiple engines powering the PAT200 (as in personal air taxi and Pat Anderson’s name) over a city, the aircraft heralded the arrival of the flying car era at last.

Globally, about $1 billion is being spent annually on electric vertical takeoff and landing aircraft development, says Mike Hirschberg, executive director of industry professional organization Vertical Flight Society, which had its origins with the production of the first American helicopters in 1943. "It's a huge, revolutionary capability. We think it will be transformative for society," he says. His group tracks more than 200 companies and inventors who have developed 300 design concepts.

It's a field with other Florida players, including Miami's Assen Aeronautics with a single-person flying bike; Fort Lauderdale's Grug Group, with its multiperson aircraft idea; Dunnellon's Aergility and its long-distance cargo drone; and Panama City Beach-based Dragon- Air, which has flown a one-person hoverbike. Big names globally include Boeing, Embraer — which is doing some of its R&D on its concepts in Melbourne — Airbus, Toyota, Hyundai, Google co-founder Larry Page and others.

That many players make for a crowded field, all laboring to produce aircraft that are economical to make and more profitable for operators than helicopters and other alternatives. The players face years of work and a billion-dollar proposition to win FAA certification. That daunting prospect led VerdeGo’s founders in 2018 to abandon their air taxi plan in favor of developing economical electric and hybrid powertrains and battery packs to sell to their former competitors. “As our customers focus on designing, developing and producing more than 20,000 aircraft by 2035, VerdeGo will be helping them open up this $30B+ transportation market,” Lindbergh said in announcing the transition.

Morgan Stanley in 2018 guessed the eflight market could reach almost $1.5 trillion by 2040, with passengers accounting for $851 billion, freight another $413 billion and the defense industry $12 billion. VerdeGo didn’t make Morgan Stanley’s list of 50 most promising investment opportunities in electric flight, but Bartsch wants a share of the billions.

“To borrow a phrase the VCs like, we’re selling the picks and shovels in the gold rush to the miners running by our store,” Bartsch says.

VerdeGo’s first product will be its integrated distributed electric propulsion system, a hybrid for which it’s moving toward seeking FAA certifications. The first-generation systems are being developed for two- to three-seater and five- to seven-seater aircraft. Right now, a very small number of firms have produced a few all-electric one- and two-seater aircraft that have flown, but no one has produced a market-ready hybrid. Given the limitations of batteries, the only near-term solution for larger aircraft is using a fuel-powered engine — a piston engine, in VerdeGo's concept, rather than turbines — to produce electricity to drive propellers.

Development is occurring at Embry- Riddle’s Applied Aviation and Engineering Research Hangar, a county, state and federally supported innovation center opened last year. Anderson divides his time between VerdeGo at the hangar and his labs at the university. “Pat’s research labs are 100 feet away from our R&D facility at VerdeGo,” Bartsch says. “They (Embry-Riddle) are the reason we’re there and the environment they created for aviation and aerospace.” VerdeGo's small staff draws heavily from Embry- Riddle, with two professors, two interns and a grad from the school.

Bartsch says VerdeGo is focused on supporting developers of aircraft for three of the largest e-flight market segments: Air taxis, large-scale drones capable of moving 500 to 1,000 pounds of cargo between airports and customers in traffic-congested markets and “thin haul” passenger service to the nation’s 5,000 underutilized airports too small to warrant commercial airline service.

In the pandemic, VerdeGo was able to keep engineering and product management going with remote staff but did lose a month or two of hands-on assembly, Bartsch says. It has installed safety measures and is now able to work apace.

In the larger market, the pandemic is forecast to thin the herd of aspiring aircraft makers, according to trade industry reports. The major existing plane makers have slowed work to conserve cash, but the players new to aviation and that have funding, recognizing their chance to surge forward as plane makers halt, are proceeding. Some have tapped VerdeGo, which provides engineering services while continuing development of its powertrain.

It’s a rare startup that achieved both revenue and profit in 2019. Bartsch won’t disclose financials but says revenue is more than $1 million annually and the company is economically sustainable. “We actually wound up having record sales in the pandemic. That’s a bit of an odd place to be,” Bartsch says.

Nonetheless, it’s raising funds to scale up. In the next six months, it expects to deliver its first developed hardware to customers to use for their own aircraft development programs.