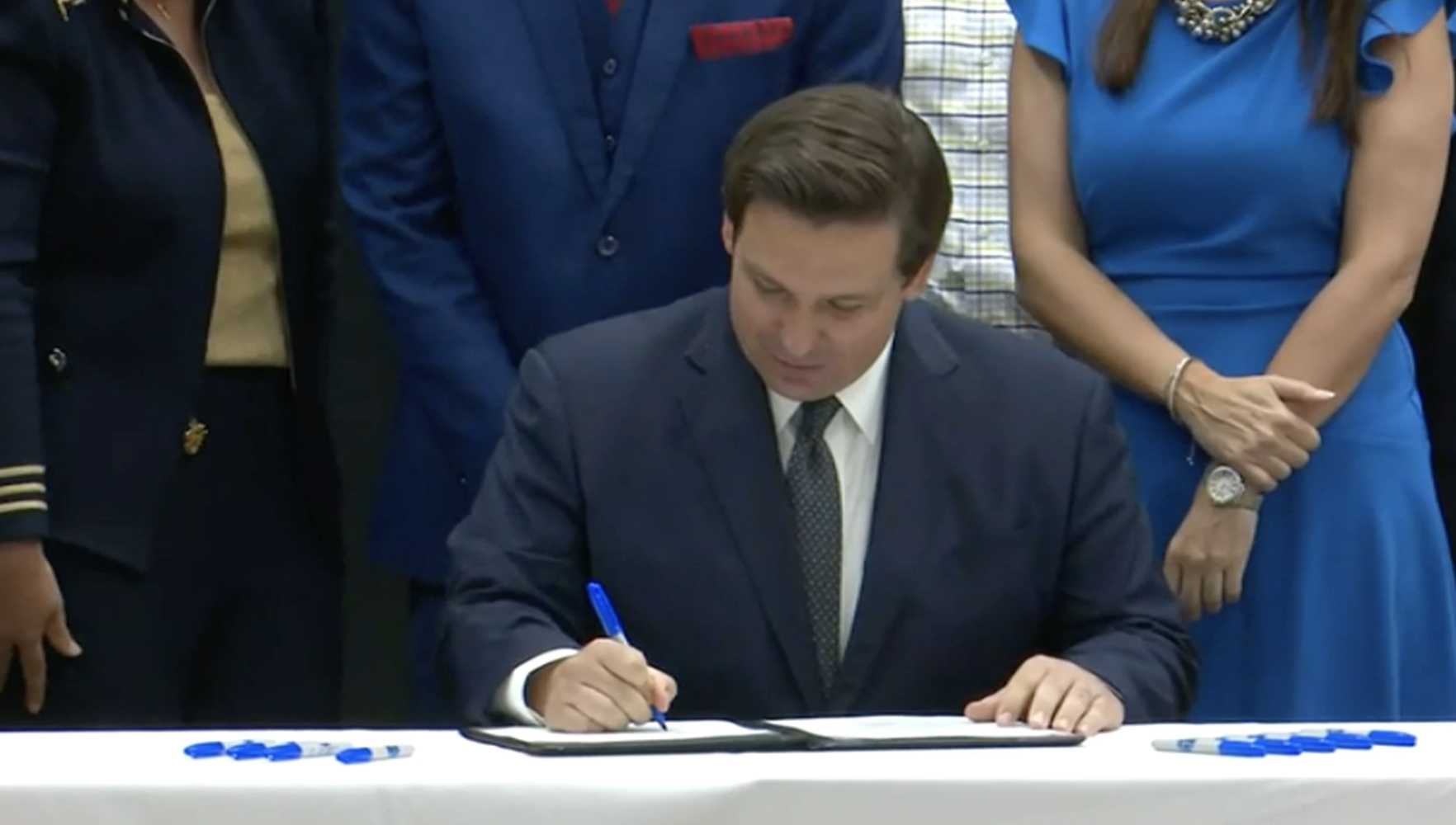 Plenty of decisions about Florida’s budget remain undecided. But the question of whether public school teachers will get the raises that Gov. Ron DeSantis pushed for is now settled. They will. Surrounded by a bipartisan group of lawmakers, DeSantis on Wednesday signed into law a $500 million plan to boost the minimum salary for all teachers toward $47,500. “It was quite a challenge to make sure that even though we fought for it, we would be able to do it,” DeSantis said, noting the economic changes that have occurred since lawmakers passed the measure in March. More from the Tampa Bay Times and the Orlando Sentinel.

As Gov. Ron DeSantis increasingly points to young adults as the source for a spike in coronavirus cases in Florida, public universities across the state are moving forward with plans to reopen campuses in the fall. The Florida university system’s Board of Governors on Tuesday approved individual reopening plans put together by each of the state’s 12 state universities. [Source: Daily Business Review]

The University of Florida is the most productive large university in the country at leveraging its research funding into new companies, new jobs and new ideas, according to a report released last week by the George W. Bush Institute and the Opus Faveo Innovation Development consulting firm. [Source: UF News]

A bill requiring the Florida Department of Education to develop standards and curriculum to teach students about the Holocaust, anti-Semitism, and Black history was signed into law by Gov. Ron DeSantis this week. Specifically, the events of the Holocaust, the official Florida definition of anti-Semitism, and state African-American history are covered in the legislation that was sponsored in the Florida House by Rep. Randy Fine, R-Palm Bay, and in the Florida Senate (Senate Bill 1628) by Sen. Lauren Book, D-Plantation. [Source: WOFL]

› Orange schools change dress code, end ‘distracting’ outfit rules [Orlando Sentinel]
The Orange County School Board on Tuesday voted to do away with dress code rules some said unfairly targeted girls, keeping them from wearing tank tops in hot weather and blaming them for “distracting” boys with their outfits. The board also adopted new rules for high school graduation speeches.

› Broward Schools to audit $81 million contract of laptops dubbed ‘Le No No’s' [South Florida Sun-Sentinel]
The Broward School District plans to audit an $81 million contract for laptops after a recent technology review identified widespread mismanagement and ethical concerns. The new review will look at whether the district followed procedures and got the best value when they bought Lenovo laptops in 2016 as part of the $800 million bond referendum voters approved in 2014.

› South Florida mothers plan to band together to home school children in fall [WPTV]
There is a sect of parents who now say they don't feel comfortable sending their kids to school in the fall, so they're banding together to tackle child care and education in the comfort and safety of their homes.

› Jeff Vinik invests $3 million on early learning research in Hillsborough County [Tampa Bay Times]
In Hillsborough County, Vinik’s money is supporting a three-year research project by the Lastinger Center for Learning at the University of Florida into ways to teach child care center directors and their staffs how to make their care more educational.