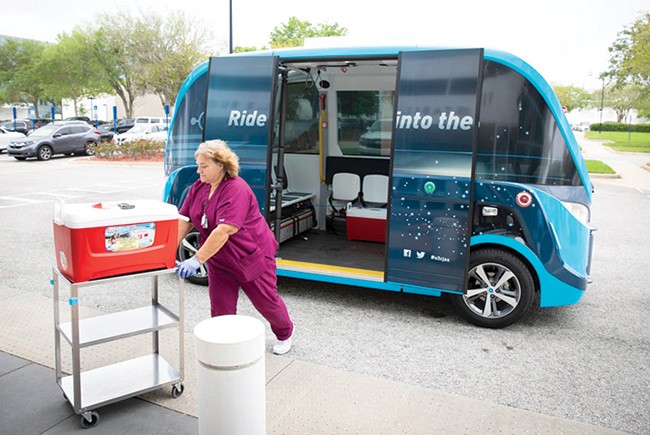 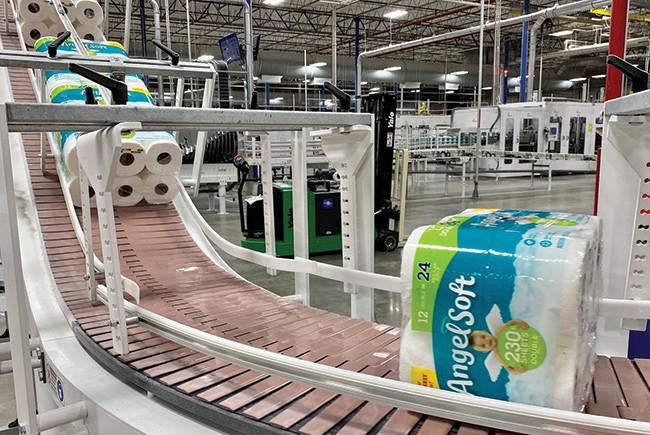 Georgia-Pacific, which makes Angel Soft and Quilted Northern bath tissue in addition to paper towels, has started operating 24 hours a day, seven days a week. The Palatka plant, which has about 1,000 employees, has been producing at 120% of its normal capacity since late March.
< >

Since late March, Mayo Clinic Florida has been using autonomous vehicles to transport medical supplies and COVID-19 tests on its Jacksonville campus.

The collaboration came after discussions between the clinic and the Jacksonville Transportation Authority about innovative ways to transport patients and supplies across the clinic’s growing campus. When the hospital opened a drive-through clinic for COVID-19 testing, JTA offered the use of four autonomous vehicles leased from Beep, which owns the vehicles through a partnership with Navya, a French autonomous vehicle company.

“We were excited about the opportunity,” says Dr. Charles Bruce, a cardiology professor and the chief innovation officer for Mayo Clinic Florida. “Having the vehicles take the specimens from the drive-through testing sites to the processing laboratory not only frees up our staff for patient care-related activities, but it also limits their exposure to potentially hazardous samples. Plus, it gives JTA the ability to test the use of these vehicles in a real-world setting.”

Bruce says after the crisis is over, Mayo Clinic will consider purchasing an autonomous vehicle for multiple uses around the campus. The vehicles cost about $300,000 each.