The aftermath of Hurricane Michael. 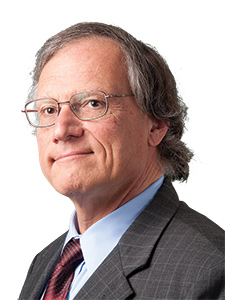 Given how 2020 is unfolding, a significant warning early this year about the condition of Florida’s homeowner insurance market understandably didn’t get a lot of attention. Demotech — a key rating agency for Florida-focused insurers — set off alarm bells when it announced it might downgrade 18 homeowner insurers, some with large shares of the Florida market. The loss of an A rating doesn’t mean an insurer would fail but does mean most customers, in order to keep to the terms of their mortgages, would have to immediately find a higher rated insurer.

Florida insurers, in Demotech’s view, were vulnerable to two types of disasters: Hurricanes and “man-made disasters” in the form of a trio of state Supreme Court decisions that went against insurers making it easier for policyholders to collect damages and be reimbursed for attorney fees. Among the cases was the Sebo decision in 2016 that made it easier to collect against an insurer when damage had multiple causes, some covered, some not. Another case was Joyce, which defied a U.S. Supreme Court precedent and allowed greater awards to lawyers for customers who successfully sue their insurance companies in some circumstances. Also, Demotech faults the raft of “assignment of benefits” cases, despite the reforms implemented by the Legislature in 2019. Add in rising reinsurance costs (insurers buy insurance themselves to protect against large claims) and a hefty 25% surcharge the state’s CAT fund has levied on insurers to rapidly rebuild its cash position since the busy 2004-05 hurricane seasons.

Demotech said that since it first rated a Florida-focused carrier in 1996, conditions had “never been more difficult” and Florida was “the most difficult operating jurisdiction in the country.”

Demotech demanded insurers prove they could shore up operations. By April, most did enough, through mergers and recapitalizations, for Demotech to affirm their A ratings. Nonetheless, Demotech said, insurance investing capital is turning from Florida. Gov. Ron DeSantis appointed some new Supreme Court justices, but the past decisions stand. “Between the catastrophe risk and the plaintiffs Bar kind of having their way with the state Supreme Court,” says Demotech President Joseph Petrelli, “it’s a tough situation to be in. I think all the problems are still there.”

Citizens grew again in the last year. After peaking at 1.48 million policies in November 2011 — when it represented nearly a quarter of the Florida market and had $512 billion in exposure — it dropped to a low of 419,475 in October, thanks to legislative reforms, a growing private market and Citizen's own efforts to “depopulate.” Much of its latest growth came when it absorbed 23,000 customers of Florida Specialty Insurance, which was placed in receivership in October. Citizens stood at 453,911 policies in April.

How Much CAT Fund Is Enough?

The eight-storm 2004-05 hurricane seasons took a big bite out of the state’s hurricane catastrophe fund. In response, the Legislature created a rapid cash build-up program that levied a surcharge on insurers — and ultimately customers — that’s now grown to 25% of CAT fund charges. It nets the fund $250 million a year, says Paul Handerhan, president of the Florida-based Federal Association for Insurance Reform. But to get to that figure, after agent commissions and taxes, policyholders pay $400 million in the aggregate. That’s too much, given that the CAT fund this year was sitting on $12 billion in ready resources, he says. “They could send $400 million back to Florida consumers,” he says. The group unsuccessfully lobbied the Legislature to change the program.

The savings would have helped given that “we’re in a very unfavorable position from a policyholder perspective,” Handerhan says. The costs of reinsurance are rising for some carriers from 20% to 100%, he says. “The vast majority” of Florida insurers aren’t making enough money and so have been raising rates, halting writing policies for new customers and dropping customers with roofs over five years old or other perceived risks, he says. That leads to more customers landing in Citizens Property Insurance, the state-subsidized insurer, which is on its own rateincrease trajectory.

Typical homeowner policies don’t cover flood damage. At 1.8 million, Florida has more policies through the National Flood Insurance Program than any other state.

Bert runs the state trust fund that provides reimbursement to residential property insurers for a portion of their Florida catastrophic hurricane losses. This coverage is similar to private reinsurance, and participation is mandatory. It helps insurers lower their costs and protect their ability to pay claims. Bert has been with the CAT fund since 1999 and was charged with overseeing the distribution of more than $14 billion to Florida homeowner insurers to cover losses in the 2004-05 and 2017- 18 seasons. Her bachelor’s is in social science with an emphasis in public administration from Florida State University.

A lawyer-politician, Moskowitz took over as Florida’s emergency manager in 2019. A former general counsel and vice president of business development with Deerfield Beach-based disaster-recovery contractor AshBritt Environmental, his private-sector disaster experience includes Irma, Matthew and Michael, Superstorm Sandy and California wildfires. He’s a former state representative for a portion of Broward County. He was elected to the Parkland City Commission in 2006 at 25 while a law student at Nova Southeastern University.

A former insurance agent and math teacher, Altmaier became insurance commissioner in 2016. He joined the office in 2008 and has been a chief analyst in property and casualty oversight and deputy commissioner. He’s the president-elect of the National Association of Insurance Commissioners. He holds a bachelor’s in mathematics from Western Kentucky.