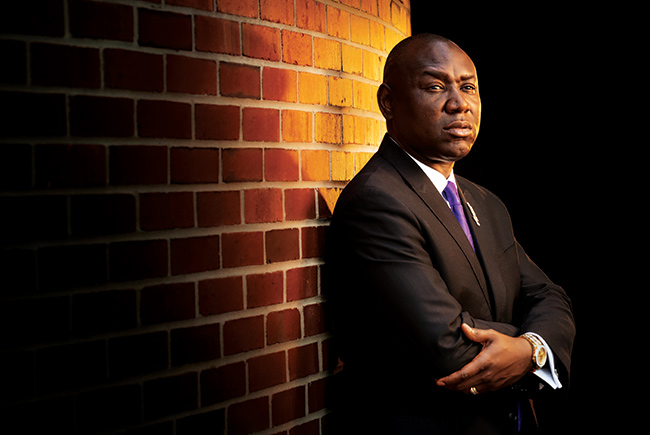 "It breaks your heart because you think that could have been my child or loved one," Crump says. "We have to try to live up to the high ideals of our constitution. They can't just be words on paper." 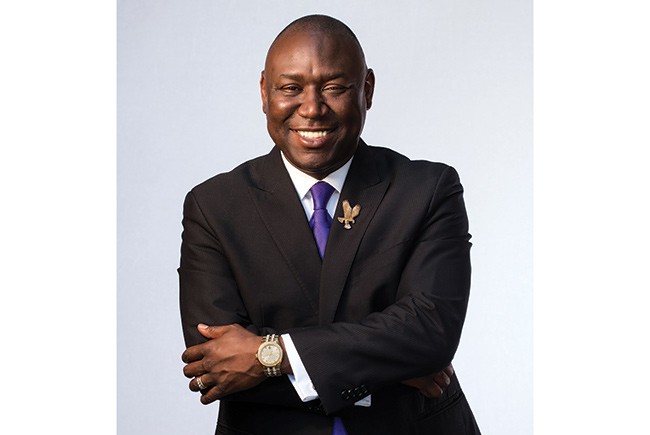 Ben Crump's success has made him the leading attorney nationally in high-profile civil rights cases. 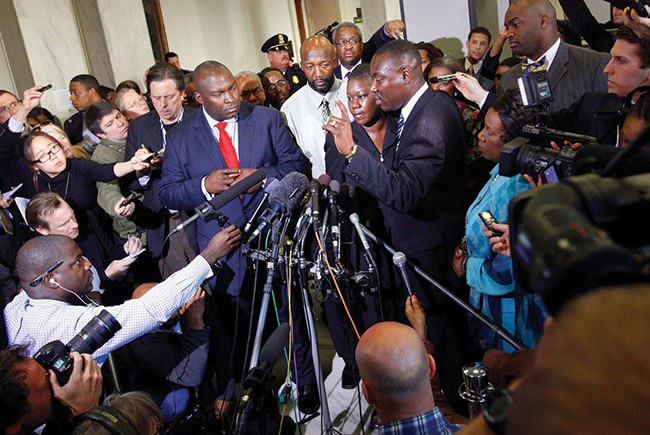 "When it comes to civil rights cases, you have to work the media and the public," says University of Florida law professor Kenneth Nunn. 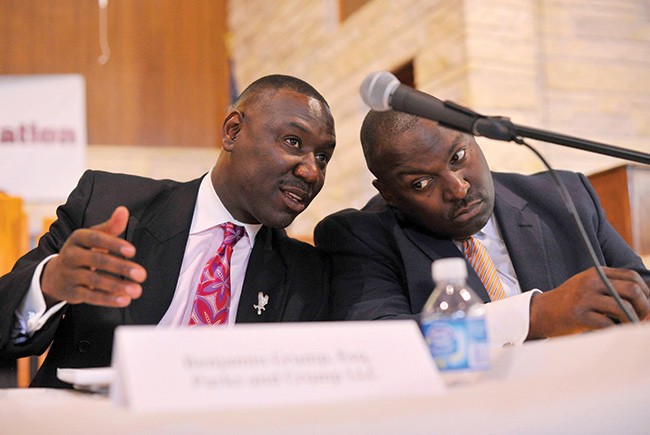 "You can make a lot of money with personal injury cases, but when it comes to civil rights law, that's another story," says Daryl Parks, personal injury attorney (right). 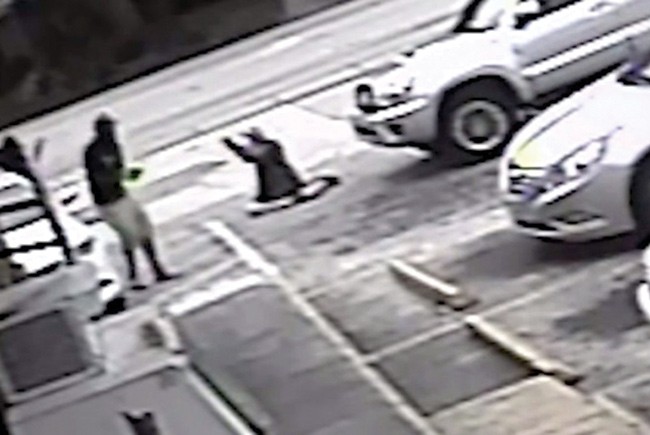 Crump pushed authorities to arrest Michael Drejka (on ground), who instigated a confrontation with the girlfriend of Markeis McGlockton and then shot McGlockton after the unarmed man shoved him to the ground. 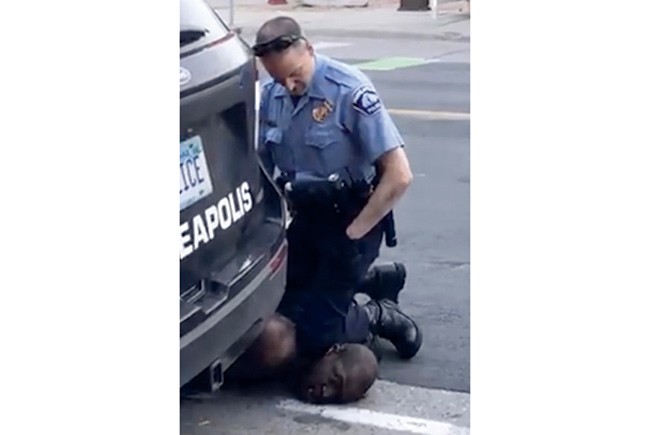 Officer Derek Chauvin was charged with second-degree murder in the death of George Floyd. Crump is representing the Floyd family. 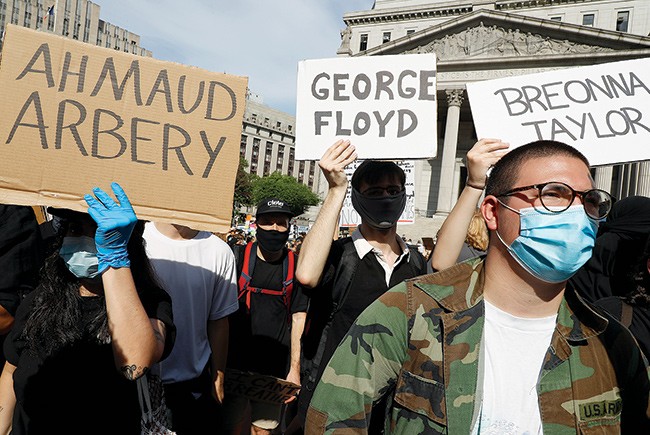 In the wake of George Floyd's death, Crump called for peaceful protests. "We can't sink to the level of our oppressors, and we must not endanger others during this pandemic. We will demand and ultimately force lasting change by shining a light on treatment that is horrific and unacceptable and by winning justice." 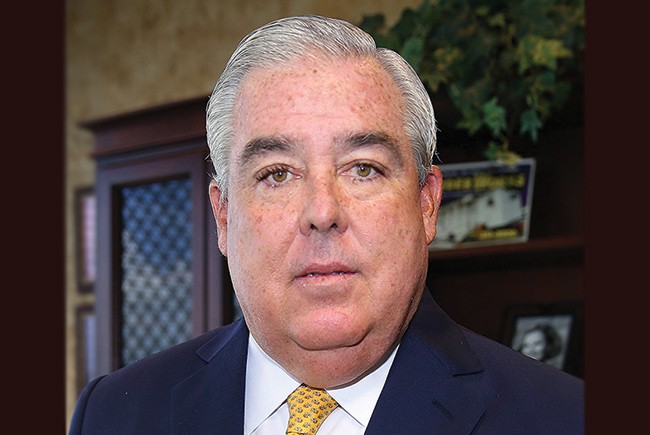 "He knows what it's like to be poor and helpless, and he has felt discrimination. I think his life's purpose is bringing justice to people who were just like him," says John Morgan, found and principal, Morgan & Morgan.
< >

Education: Bachelor’s and law degrees from Florida State University, 1992 and 1995

Family: Married to Genae Crump. They have a 7-year-old daughter, Brooklyn.

TV and Film Credits: In 2018, Crump hosted a TV One documentary series, “Evidence of Innocence,” about wrongly convicted people. He also has produced a documentary about the late rapper Tupac Shakur, and he played a cameo role in the 2017 biographical movie “Marshall,” about his personal hero Thurgood Marshall.

In January 2006, 14-year-old Martin Lee Anderson was sent to a Panama City boot camp for joyriding in his grandmother’s car. Several hours after entering the facility, he collapsed during an exercise drill and died. Angered by a medical examiner’s finding that the death was due to a blood disorder, Anderson’s mother turned to Ben Crump for help.

Crump, an up-and-coming personal injury attorney in Tallahassee at the time, hadn’t been her first choice. “She had been turned down already by two lawyers,” Crump says. “One of them told her, ‘I’ve seen this movie before, and I know how it’s going to end. Nothing will happen.’ It was a personal thing for me at that point.”

Crump discovered security-camera footage showing white guards at the detention center repeatedly kneeing, kicking and hitting the black teen. The video hit the media, and a second autopsy found the boy suffocated to death as a result of “the actions of the guards,” who had forced him to inhale ammonia. A year later, Crump helped Anderson’s family reach a $5-million settlement with the state, and the Legislature ordered the closure of all Department of Juvenile Justice boot camps.

In October 2007, a Panama City jury acquitted the former guards and a nurse of manslaughter. Crump stood on the courthouse steps afterward and announced, “You kill a dog; you go to jail. You kill a little black boy, and nothing happens.”

The case was the first in a string of high-profile cases that have established Crump as one of the most successful and well-known civil rights and personal injury attorneys in the U.S. He became a TV news fixture in 2012 with his leading role in the Trayvon Martin case and again in 2014, when he represented the family of Michael Brown, an unarmed black teenager whose killing by a white police officer in Ferguson, Mo., triggered the Black Lives Matter movement. And then came May 2020, with news about the killings of unarmed black people in south Georgia, Kentucky and Minnesota. If people didn’t know who Crump was by then, they almost certainly do now: Over the course of the month, Crump has appeared dozens of times on national TV to discuss the cases and demand justice.

“I would hope I’d never be in a situation where I’d need an attorney like that, but if I did, he’d probably be my first call,” says University of Florida law professor Kenneth Nunn.

Crump, 50, grew up in Lumberton, N.C., a small town in the state’s southeastern region. He and his grandmother, mother and younger brothers lived in government-subsidized housing south of the railroad tracks that divided the town. In 1978, school desegregation came to Lumberton, and Crump was bused to the wealthier northern section of town.

One day at lunch, a white female classmate, whose father owned the local nursing home, funeral parlor and several pharmacies, pulled out a $100 bill. As Crump and his black classmates waited in line for a free meal, the girl offered to buy them something from the a la carte menu. It would become a defining moment in Crump’s life.

“I remember thinking my mother would have to work almost the whole week to make $100,” he says. “I wondered how people on one side of town had it so good, and people on the other side had it so challenging.” Crump’s mother, a hotel maid and shoe factory worker, later told him about Thurgood Marshall, the U.S. Supreme Court’s first African-American justice, who as an NAACP lawyer had successfully argued the landmark Brown v. Board of Education case in which the court found separate-but-equal educational systems for blacks and whites were unconstitutional.

Crump says learning about Marshall made him want to become a lawyer. “From that day to this one, my objective has been to try to give people who are marginalized and disenfranchised a better shot at the American dream,” he says.

As Crump neared high school age, his mother saw limited opportunities for him in Lumberton and sent him to live with his stepfather, a math teacher in Broward County. He excelled at South Plantation High School and got a scholarship to Florida State University, where he majored in criminal justice. As president of FSU’s Black Student Union, he met Daryl Parks, then student body president at Florida A&M University.

Parks had grown up poor in Haines City, and the two became best friends while attending FSU’s law school together. “We were probably the hungriest guys there,” Parks says. “We had a desire to do good by people and be successful.”