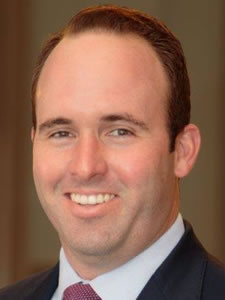 U.S. Sugar recently announced that Eric Edwards has been promoted to Vice President, State Governmental Affairs. In this new role, Edwards will be located full time in Tallahassee to focus on state legislative issues. He will continue to report to Robert Coker, U.S. Sugar Senior Vice President for Public Affairs.

Edwards, a Clewiston native, has served as U.S. Sugar's Assistant Vice President for Governmental Affairs, a position he held since joining U.S. Sugar in 2016. Previously, Edwards served for 10 years in the State House and Senate including Chief Legislative Aide to former Senate President Don Gaetz. Eric and his wife Jennifer have two children, Camilla (3) and Alex (1).