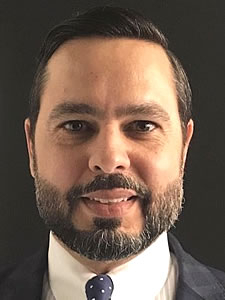 The Law Offices of Anidjar & Levine are excited to announce experienced legal ethics lawyer, Juan Carlos Arias, Esq., will be joining the team as the newly appointed Managing Attorney for their Professional Regulation Department. Juan Carlos became a commissioned officer in the United States Army in 1993 and upon graduating from law school served in the Judge Advocate General's Corps