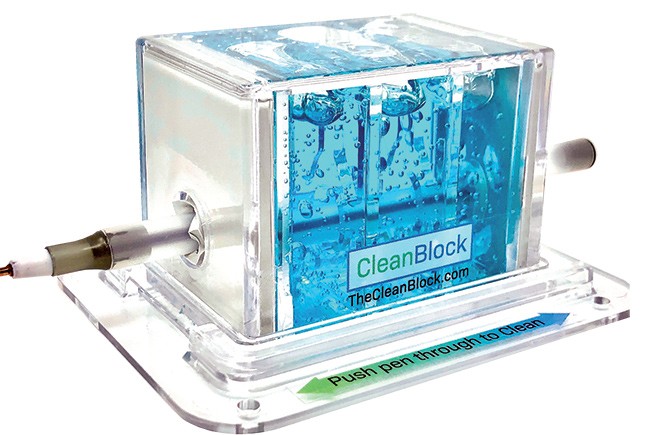 Todd Roberts invented the CleanBlock after seeing a patient cough on a pen at his doctor's office. 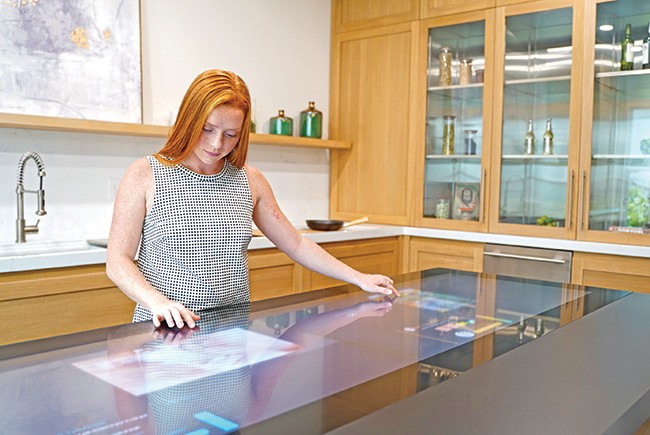 Tavistock is teaming up with Verizon to deploy the company's 5G wireless technology across Lake Nona to create a 17-square-mile "living lab" community. 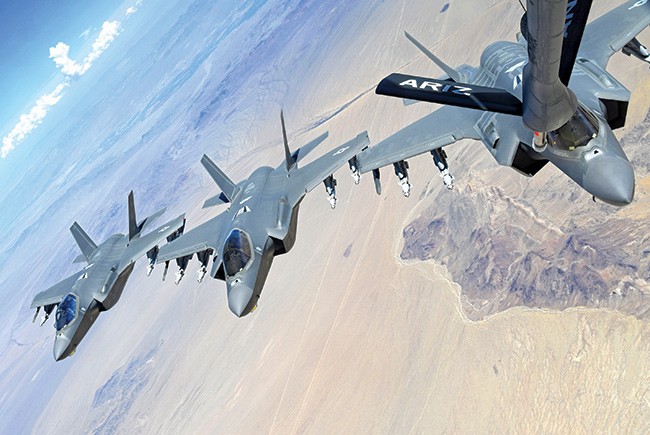 Lockheed Martin landed about $5 billion of military work, including the F-35; aircraft and testing for the Navy's Joint Strike Fighter program.
< >

Todd Roberts, manager of Orlando Health’s biorepository, was at a doctor’s appointment in 2011 when the receptionist handed him a pen that a coughing patient had just used. Roberts opted to use his own pen instead — but it inspired him to invent the CleanBlock, a simple device that sanitizes pens. The clear, plastic goo-filled box — which he patented in 2013 — contains a 70% ethanol gel that kills germs, fungi and viruses on contact. To use it, one just slides the pen or pencil into one hole and pulls it out the other end. With backing from Orlando Health’s foundry program, which helps entrepreneurial employees commercialize their inventions, he began selling the CleanBlock for $21.99 earlier in January. The device, which is made in Florida, is good for about 1,400 uses — lasting about three to five weeks. Roberts says about 97% of his buyers are businesses, such as hospitals, doctors offices, nursing homes and resorts. He’s hoping to grow his customer base to include schools, courthouses and other local entities. “That would be my greatest satisfaction,” he says.