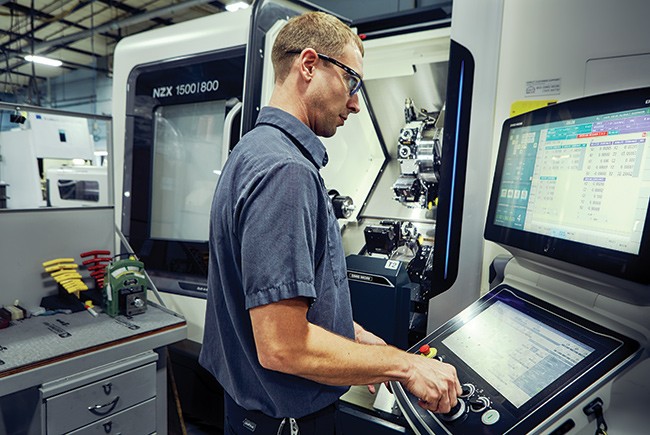 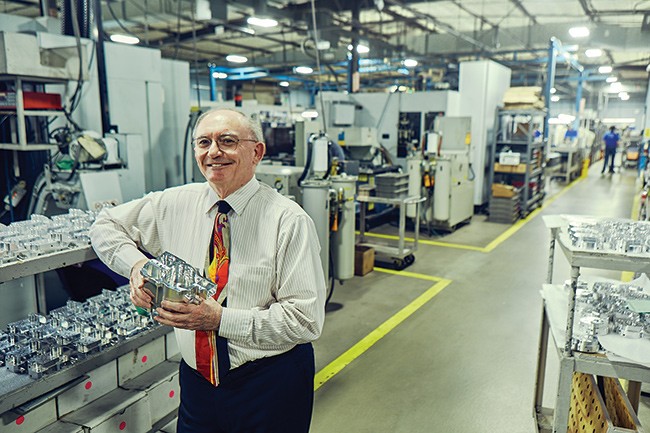 "There's a perception that manufacturing is dark, dirty and dangerous. None of that is true,' says Roy Sweatman, president, Southern Manufacturing Technologies. 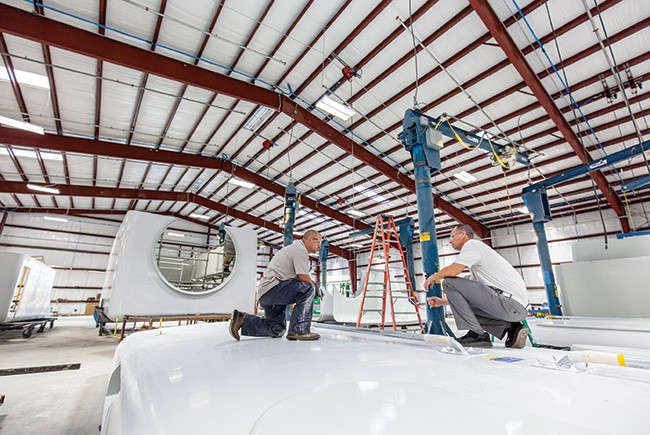 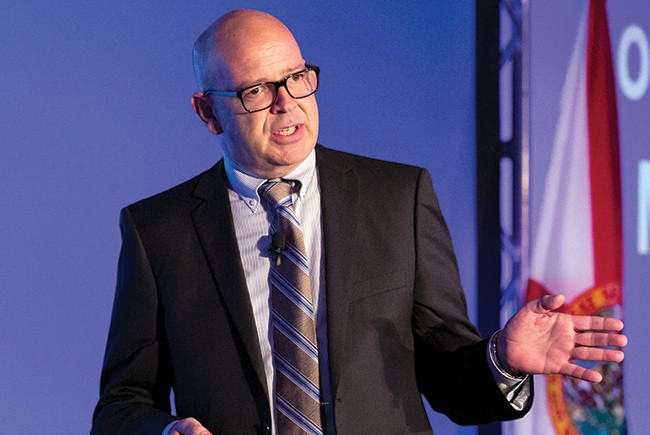 "Over the past 30 years, people have looked at a bachelor's degree as something that everyone has to have, at all costs. You're beginning to see that change a little bit," says Kevin Carr, CEO, FloridaMakes. 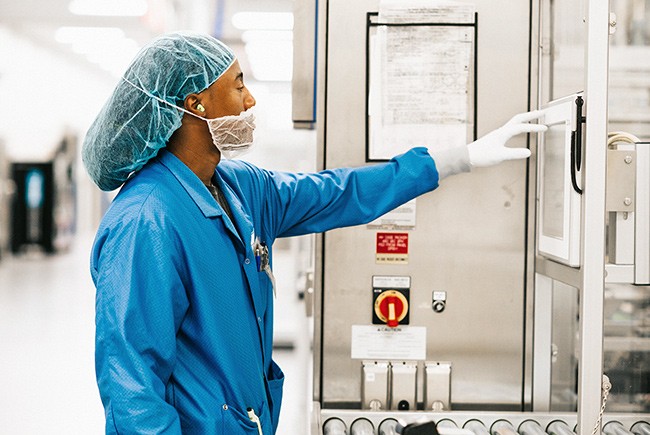 Until the coronavirus outbreak, Florida’s manufacturing sector was booming, growing both in jobs and productivity. Longer term, as the impact of COVID-19 diminishes, its biggest challenge may be attracting workers.

A funny thing happened on the way out of the Great Recession. Florida’s manufacturing sector — never a headliner in the state’s economic show — emerged as a star performer.

Mirroring national trends, manufacturing employment in Florida fell in the years after 1990, bottoming out in 2010 at around 300,000 workers — 42% fewer workers than in 1990. But since then, the sector has roared, posting nine consecutive years of job gains and adding jobs faster than the average for the state. Pre-coronavirus, about 383,000 Floridians were working for nearly 21,000 manufacturing companies, and Florida ranked 12th in manufacturing employment among the states.

The pace of job growth has increased in recent years. Between 2015 and 2019, Florida added manufacturing jobs at nearly three times the national rate of 2.9%, lagging only Idaho and Nevada.

Even more important than the raw number of new jobs, say some economists and others, is the fact that manufacturing workers in Florida increased their productivity at the fastest rate in the country from 2014 to 2018.

Productivity is the measure of economic output per worker, and most economists believe that productivity growth is the single most important element in the economy — the key to lifting standards of living, keeping government revenue healthy and increasing profits in the private sector.

“Manufacturing provides the highest contribution to GDP of any industry,” says Jerry Parrish, chief economist at the Florida Chamber Foundation. “People think Florida is all beaches and Mickey Mouse. The more people learn that Florida is a great place to invest capital, the better off we’ll be.”

The healthy productivity growth reflects the kind of manufacturing jobs the state has added in high-value industries like computer and electronic products, chemicals, aircraft and aerospace parts and other transportation equipment. In those kinds of jobs, say economists, technological advances and skills training enable workers to consistently produce more output over time — and earn higher salaries. Manufacturing jobs in general pay better than many jobs in other sectors: On average, manufacturing workers in Florida earn $61,740 a year, about 25% more than the state average.

Economic developers’ push to beef up the manufacturing sector originated, in part, from the realization that Floridians weren’t making as many goods as they were consuming — roughly half of all cargo containers entering the state via ship, plane or truck leave empty.

Along with the traditional economic incentives for companies that relocate to Florida, the Legislature responded to appeals from the business community in 2013 by approving a three-year moratorium on the state sales tax for manufacturing machinery and equipment.

In 2016, lawmakers made the tax break permanent. That move spurred spending on technology and, in turn, helped boost productivity in the manufacturing sector. Another big factor in manufacturing’s surge has been the boom in the aerospace industry on Florida’s east coast, including aircraft manufacturing (Embraer) and private space companies. Since 2011, when NASA ended the space shuttle program, Brevard County has repositioned itself as a center not just for launches, but also for assembly of reusable rockets, space craft and small satellites, attracting manufacturers along the entire supply chain. Arrivals include Elon Musk’s SpaceX and Blue Origin, the private space venture owned by Amazon founder Jeff Bezos.

“In 2010, the space shuttle program was phasing out; we were dealing with the aftermath of the Great Recession, and unemployment was approaching 12%. Now, we’re leading the state in manufacturing job growth for the past three years. We have 500-plus manufacturers that, in addition to rockets and satellites, are making executive jets, semiconductors and medical devices,” says Brian Baluta, spokesman for the Economic Development Commission of Florida’s Space Coast. “We’re now the second-most economically diversified county in the state, which is really important when you’re talking about weathering an economic downturn.”

Carr says manufacturers looking to relocate or expand pay close attention to productivity because it’s an indication of the state’s global competitiveness. Continuing the state’s momentum, he says, will depend on three things: How well Florida manufacturers adopt new technology, whether enough workers can be re-skilled or up-skilled to meet future demands and how much growth there is in high-value vs. low-value markets. Producers of aircraft and aerospace systems, for example, have a higher sales-per-employee ratio than producers of low-cost items like food and beverages.

In the near term, Florida manufacturers face headwinds from the coronavirus and its impact on global supply chains. In February, Danfoss Turbocor, a Denmark-based manufacturer of compressors for heating and cooling systems, temporarily stopped production at its Tallahassee plant, saying it was running out of parts from China because of the pandemic.

“You’re probably going to see quite a bit of that,” Parrish says. “Stuff that probably would have come over here on ships at fairly reasonable freight rates will end up on airplanes. No doubt, there will be layoffs over this because of a lack of stuff coming in on time to be assembled and manufactured.”

Longer term, the industry’s biggest challenge may be in attracting workers as older employees retire. Millennials trained to think of a college degree as a necessity generally have shunned manufacturing jobs over a perception that they’re dirty, unsafe and unstable in a world of automation and robots.

“Over the past 30 years, people have looked at a bachelor’s degree as something that everyone has to have, at all costs,” Carr says. “Our education systems are all pointed to that — or they have been. You’re beginning to see that change a little bit.”

A big part of addressing the industry’s workforce challenges is correcting the misperceptions that people have about it, says Tina Berger, director of manufacturing talent development at FloridaMakes. Berger says she’s creating a series of webinars to get small and medium manufacturers to not think of technology as a way to cut costs and eliminate jobs, but rather as a way to become more competitive.

“Automation is helping companies thrive and be productive,” she says. “There’s no reason for someone to pick up a 150-pound piece of metal and put it on a machine. You can have a robot pick that up, and then you train your person to run the machine.”

As president of Southern Manufacturing Technologies in Tampa, Roy Sweatman hosts factory tours for high school students to try to interest them in manufacturing careers. The 26,000-sq.-ft. plant, which makes precision parts for aerospace and military customers, employs 100 people and pays an average hourly wage of $21.70, with “top-level people pushing $30 an hour,” Sweatman says. “I think a third of our people made more than $50,000 last year.”

“If you take a CNC machinist or a tool-and-die maker and compare their average wages to the average wages of college graduates, we’ll beat them hands down,” he says.

Southern Manufacturing makes precision parts for aerospace and military customers. Since the coronavirus, it has been commissioned to make a part used in ventilators for hospitals, tripling its weekly production in the early days of the outbreak, says President Roy Sweatman. With $13 million in annual sales, the company employs 100 and pays an average hourly wage of $21.70. It’s spending nearly $2 million this year on manufacturing technology, including a machine-tending robot. Sweatman hopes the robot “is going to increase our sales by $2 million a year. It’ll increase output dramatically.”

Jupiter Bach makes parts for the wind turbine industry — specifically, the housings that sit atop a turbine and enclose its machinery. The 150,000-sq.- ft. plant primarily supplies GE, which makes wind turbines nearby. Last year, the Danish company locally produced more than 1,500 nacelles, each worth about as much as a new car, says general manager Sean Guidry. The plant employs about 200, double the number from five years ago, he says.

“Pensacola is not a very industrial area, so we have workers from a mix of backgrounds. Some come with warehouse and light-industrial experience, and a large amount come without any experience at all,” Guidry says. “We try to take care of people, treat them right and make them want to work and stay here.”

TAMCO makes residential and commercial lighting products for its parent company, City Electric Supply. In January, TAMCO opened a $38-million, 411,000-sq.-ft. facility near I-95 to increase its production capacity. “We see that in the next 10 years, we could be three to four times the size we are today,” says Co-Vice President of Operations Frank McShane. The plant’s manufacturing output — the total value of goods produced annually — has grown from $30 million in 2010 to $100 million in 2019, McShane says. TAMCO employs about 220 and has said it would hire 50 more workers in the next five years. One of its biggest challenges is finding qualified employees, McShane says. “We’ve encouraged our kids to go to university rather than learn a trade,” he says. “We’ve taken the shine off making things.”

Custom Metal builds and installs robotic equipment that helps other manufacturers automate their assembly lines. The family-owned company has $15 million in annual sales and employs 92, including engineers, welders and machinists. Three years ago, it automated some of its own production work, investing $200,000 in a robotic welding system. Since then, the company has become more efficient and created jobs, says general manager Ray Aguerrevere. “In the last three years, our headcount has grown 50%. Even our welding headcount has gone up,” he says.

“There’s a misunderstanding that automation is going to replace jobs,” he adds. “Really, what we see is that a lot of the jobs that get automated are low-skill, highly repetitive and potentially issue-prone. People then get up-skilled and moved to other places within the organization where they can add more value.”

Last year, the World Economic Forum recognized Johnson & Johnson’s contact lens plant in Jacksonville as a “lighthouse” — a so-called smart factory that embraces technology as a competitive advantage. Since 2018, the World Economic Forum has identified 44 lighthouses, including two others in the U.S., neither in Florida. The Jacksonville plant uses vision-guided robots and augmented-reality tools to bring products to market faster, reduce costs and increase sales, the report says.