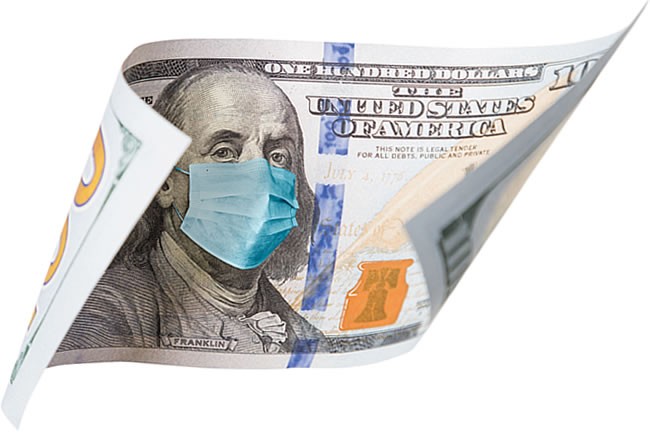 Florida's economic recovery — as well as the nation's — will depend on many unknowns and on how residents and businesses respond.

Florida and the COVID-19 recession: Looking ahead

Along with taking a toll in human lives, the COVID-19 virus — or more precisely, the attempt to contain it — has shredded the state and national economies. In a matter of days, the U.S. Bureau of Labor Statistics’ announcement in February of 273,000 new jobs and a 3.5% unemployment rate was eclipsed by massive layoffs and disruptions in every sector of the economy as citizens, businesses and governments shut down, locked up or took other steps to moderate the spread of the virus. By April, a consensus had emerged that the economy had entered a recession.

The Bank of America’s top U.S. economist, Michelle Meyer, who called the disruption a “deep plunge,” predicts the corona-recession “short-lived.” But how long it lasts will depend on a number of factors, some of which FLORIDA TREND has collected here.

Some perspective: Since the end of World War II, there have been 12 recessions (including this one). The shortest, at the beginning of 1980, lasted about six months; the longest — about 30 months — was the Great Recession from December 2007 to June 2009.

So, six months — or much longer?

The biggest factor in how long the corona-recession lasts will be the progression of the disease — and how soon scientists discover effective therapies and/ or a vaccine. Meanwhile, will we see the increasing number of infections moderate and level out, which would likely lead to a quicker economic rebound, or are we in for a wave of surges and dips in the number of new COVID-19 cases, which likely would mean a longer, more fitful economic recovery?

Having enough intensive care unit beds with equipment such as bedside ventilators is critical to treating patients hardest hit from COVID-19. The number of beds per older population varies widely in Florida and the nation. According to Kaiser Health News, 13 Florida counties, generally sparsely populated rural counties, have no ICU beds. Of the counties with an ICU, the best positioned is Alachua, home to UF, with 227 people 60 and older for every ICU bed. The worst is Seminole County with 2,442 older people for every bed.

One key to how quickly Florida rebounds will be when visitors will begin traveling to the state again in their usual numbers. According to the American Hotel and Lodging Association, Florida had already lost more than 100,000 direct hotel-supported jobs by mid-April. Several factors come into play: Governments’ restrictions on movement; travelers’ concerns over contracting the virus; and declines in stock portfolios and incomes that will leave potential visitors with less to spend on travel. During the Great Recession, international travelers kept the tourism industry healthy even as domestic travel fell. Given the global nature of the pandemic, that dynamic likely won’t repeat now.

Florida needs tourism healthy: Months before COVID-19 appeared, state forecasters were warning that the construction industry was showing signs of weakness and that tourism-related sales taxes were amounting to more than 13% of state sales tax revenue and were key to keeping the state’s budget sound in 2020.

The state’s No. 1 industry is suffering in several ways: On the residential front, home buyers can’t shop, and at the beginning of the outbreak in China, the country shut down its factories, producing shortages of materials for home builders, particularly appliances, cabinetry and light fixtures. According to Brad Hunter, managing director for RCLCO, a real estate consulting firm in Orlando, data from Federal Express in China indicate that by April 1, 65% to 70% of small businesses there were open again, and 90% to 95% of large manufacturers were operating. “This implies that the economic ‘restart’ could be much quicker than after the housing and financial collapse” of 2008, he says. While production in China is returning to normal levels, it will take time for goods to be shipped to Florida’s markets. And it’s unclear when potential home buyers will feel comfortable looking for new homes. One factor working in favor of a shorter recovery: Interest rates are likely to remain very low, making mortgage rates attractive.

For dealmakers, the question will be how close to the bottom we are on valuations. A desirable property — a hotel or development site, for example — may have fallen by 25% in price in less than a month. Is that an opportunity, or will potential purchasers wait to see if events knock the price down another 10% to 15%?

Before the economy can begin to recover, state and federal decision-makers will have to signal that normal activity is less risky than they now say it is. Getting those calls right — and avoiding renewed outbreaks — will be key to restoring consumer confidence and building economic momentum.

Local governments will also have to decide how to handle functions like permitting and inspections. In many counties, initial permitting can be done online, which will help keep the economy moving. But the building inspections necessary for construction to continue on ongoing projects have to be done in person — and governments that curtail inspections as part of their virus containment strategies risk exacerbating the slowdown. Local governments typically allow builders to hire third-party inspectors, but it’s expensive for small projects.

Meanwhile, government agencies will need to efficiently administer the panoply of financial aid efforts underway. Among others, small businesses in Florida are eligible for emergency bridge loans — interest-free for a year. The application period runs through May 8. In addition, the Small Business Administration’s economic injury disaster loan program is providing targeted, low-interest loans of up to $2 million to small businesses and non-profits severely impacted by COVID-19.

For decades, the Valls family in Miami has operated iconic restaurants such as Versailles in Little Havana and La Carreta. With the government shutdown of in-restaurant dining, the Valls family had to lay off hundreds of workers. The laid off workers found jobs quickly at another longtime family business in Miami, Sedano’s Supermarkets, a 35-store chain run by the Herrán family. “This collaboration reflects who we are as companies in our community,” says Javier Herrán, Sedano’s chief marketing officer. “During difficult times, local businesses and communities need to support one another.”

As the incident showed, some employers hired in the storm. Walmart, for example, said it would hire 9,400 in Florida (key markets were Jacksonville, Tallahassee, Panama City, Orlando and Destin) of the 150,000 it wanted nationally by the end of May and gave bonuses and a $2 per hour raise to hourly workers at e-commerce fulfillment centers such as the one it has in Davenport. Amazon, Publix, CVS and others also stepped up hiring.

In Tampa, McKibbon Hospitality, a hotel management company, established an “associate assistance fund” to assist laid-off employees with groceries and other necessities, providing $200 every two weeks for 90 days beginning on April 3.

The private sector’s flexibility and quick response should help to blunt the recessionary forces.

One factor that could shorten the recession is the underlying health of the economy before the coronavirus struck. Unlike the years before the Great Recession, banks were healthy, consumers weren’t over-leveraged and the country’s savings rate had been much higher than it was pre-Great Recession. As long as the banking system remains solid, the chances for a faster recovery improve.

Climate’s Role Bob Bunting is a meteorologist and former executive at both the National Oceanic and Atmospheric Administration and the National Center for Atmospheric Research. In a post, Bunting wrote that the virus is spreading fastest “in a rather narrow climatic band across the world,” where temperatures range from 39 degrees to 54 degrees and humidity ranges from 45% to 70%. There has been less spread in areas with higher heat and humidity, he says. “As spring takes hold, Florida will be a fascinating case. Florida could have far less transmission than where more ideal climate conditions for the virus may exist. COVID-19’s relationship to the climatic band may indicate that COVID-19 is a seasonal, flu-like illness. We can watch and hope,” Bunting says.

Landlords, lease holders, health insurers and health policy owners will be scouring their policies to see whether they’re covered against losses or illness caused by COVID-19. Some cases may well end up in court; extensive litigation will keep attorneys busy but could create economic deadweight that will retard a recovery.

The Conference Board, a non-profit research organization with more than 1,200 members — companies and other organizations — envisions three scenarios for how the U.S. economy could unfold during the remainder of 2020.

Scenario 1 — A May Reboot or “quick recovery” assumes a peak in new COVID-19 cases by mid-April, with economic activity gradually resuming in May. Maximum unemployment rate: 8%.

Scenario 2 — A Summertime V-Shape, or “deeper contraction, bigger recovery” sees a higher, longer peak in new cases, creating a larger economic contraction in the second quarter, but also a stronger recovery in the third. Maximum unemployment rate: 15%-plus.

Scenario 3 — A Fall Recovery or “extended contraction” scenario predicts a managed control of the outbreak flattening the curve of new COVID-19 cases and stretches the economic impact through the second and third quarters, with growth resuming in September. Maximum unemployment rate: 15%-plus.

Once the medical situation stabilizes, what kind of residual effect will the coronavirus outbreak have on traditional business risk-taking and for how long?

As World War I ended in 1918, the Great Influenza, also known as the Spanish flu, struck the world and Florida, hitting young adults particularly hard. As Florida historian Gary Mormino reports, 2,712 Floridians died of flu in a month. Nearly a third of Jacksonville got sick as, at one point, did a third of the University of Florida student body. Some schools, theaters and churches closed for weeks. Life insurers went bankrupt. By the time it ended, 4,000 Floridians had died. A similar fatality rate in today’s Florida would kill 97,000.

Epidemics decimated the hundreds of thousands of indigenous people who called Florida home when Europeans arrived infected with disease endemic in Europe, Asia and Africa but unknown here. Yellow fever in 1649 killed the Spanish governor and treasurer along with natives. The Timucuans numbered 10,000 in 1600, but just 14 by 1727.