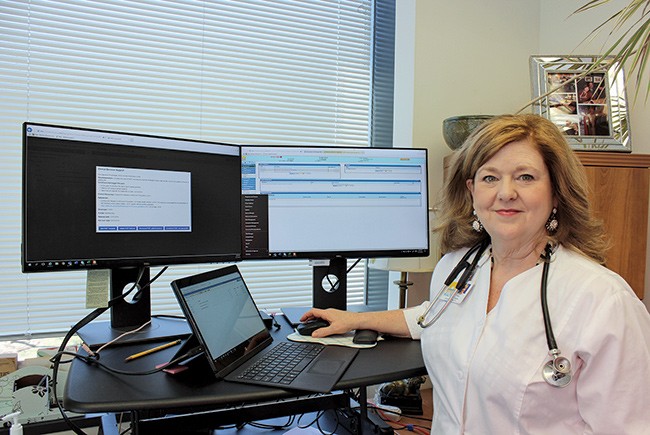 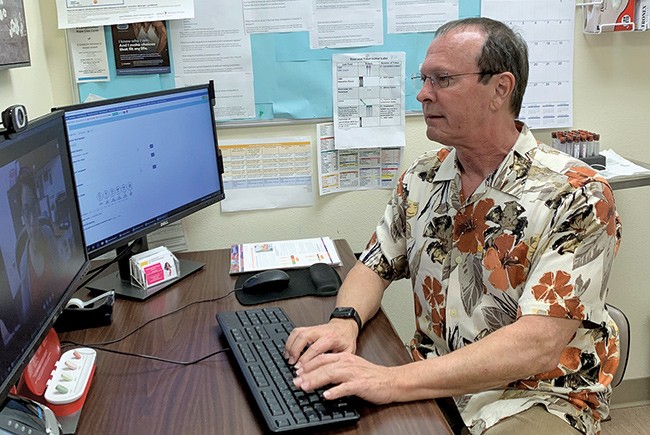 Dr. Jeff Beal, medical director of the Florida Department of Health’s Bureau of HIV/AIDS, says his department noticed an increase in HIV cases.

A few years ago, Dr. Jeff Beal, medical director of the Florida Department of Health’s Bureau of HIV/AIDS, said the department noticed an “alarming” trend: An uptick in HIV cases in the Southeast and nearly 5,000 new cases every year in Florida.

Beal and Mary Agens, the health department’s executive nursing director for clinical informatics, worked on a plan to tackle the problem. Agens suggested they use the state’s electronic health record system to step up surveillance and get high-risk Floridians on preventive treatment.

“We realized some tools would be needed to help our practitioners pause and have a talk with patients who were identified” as being at risk, Beal recalls, so they worked together to build an alert and a template into the EHR.

Today, the system generates an alert if a patient’s EHR history indicates more than one sexual partner and inconsistent or incorrect use of condoms. An alert also appears for patients who’ve been diagnosed with a sexually transmitted disease within the past year. Then a template opens to help guide the provider through a risk assessment and patient education on the potential benefits and risks of taking Truvada, a once-daily medication that can reduce the risk of getting HIV. The medication is stocked at all 67 public health departments in Florida, and patients who choose to get treatment are able to start on it the same day.

“In the first year after deploying these tools, there were 39,630 at-risk individuals identified through the alert,” says Agens. “Every single one identified at the point of care received an assessment and education from a clinician.”

Although 75% of those patients chose not to take Truvada, Agens says intervention and education are important starting points. “We know it takes multiple conversations before people show a willingness to start on PrEP (pre-exposure prophylaxis) to do what it takes to decrease their risk.”

From an IT perspective, Agens says it helped that the Florida Department of Health built and maintains its own electronic health record. “We have a lot of control over how we used our product,” she says, and she hopes other health care providers and software vendors will replicate its program. “It would be my dream come true if someone would take this work and duplicate it.”

State law requires providers to share certain kinds of health information — ranging from immunization records to cases of communicable diseases, such as tuberculosis, measles and influenza — with public health agencies, including the Florida Department of Health. Even so, most providers send and receive health data from the state’s public health agencies via paper (such as fax or mail), or eFax, according to a 2018 state study. Only 14% of outpatient providers and 17% of inpatient facilities reported having “built-in EHR exchange capabilities” to facilitate sharing with state agencies.