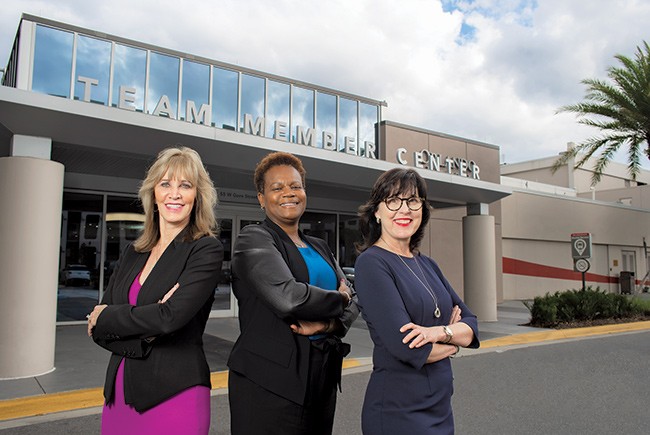 From left: Sherry Buxton, Novlet Mattis and Jayne Willis have been working on Orlando Health's software integration overhaul. The change will eliminate at least a third or a quarter of the chain's 1,200 different systems. 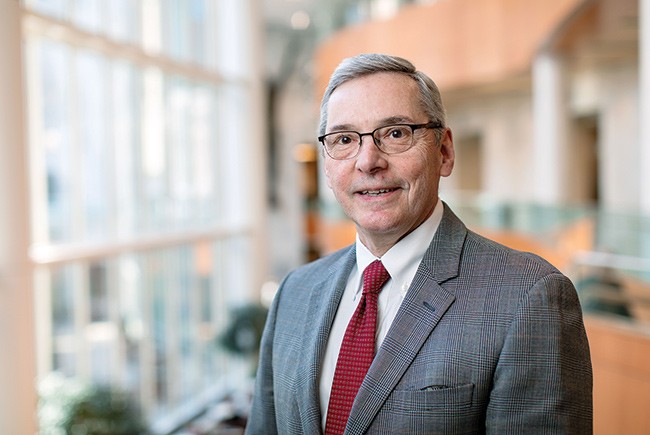 When Jayne Willis began working as a nurse at Orlando Health in the early 1980s, nurses used four-color ballpoint pens for charting. Nurses working the day shift would chart in black and blue, those working evenings would chart in green, and those on the night shift would chart in red. Pen and paper eventually gave way to electronic charting, and four decades later Orlando Health is in the midst of a major upgrade as it converts its aging and disjointed digital medical record systems to one core system under Epic.

“Right now, it’s really hard when you look at our electronic health record to see the patient’s story, to see that whole continuity of care,” Willis, chief nurse executive and vice president of Orlando Health, told 1,000 fellow employees last year at a kickoff meeting for its systems overhaul.

The Epic software may fix that. Instead of having to toggle through different screens, providers will be able to look in one central location and see a patient’s comprehensive health record with information from any Orlando Health department or facility where they’ve received treatment. “I’m really excited at the thought of having a tool that supports collaboration with nursing, with our physician partners, with that allied health care team and to be able to see that entire patient story,” Willis says.

Orlando Health executives say Epic will also make it easier to access and share patient information with other health care systems. Epic’s Care Everywhere feature, for instance, allows patients to grant access to their data at any facility that also uses Epic. Epic also participates in Carequality, a nonprofit interoperability framework that operates sort of like an ATM network, sharing data across different EHRs. And patients will have direct access to test results, medications, upcoming appointments and billing information through an app called MyChart.

Another attractive feature is Epic’s “Healthy Planet” platform, a population health management tool. The tool assists hospitals and doctors in managing the care of high-risk patients, such as those with chronic disease like diabetes, and intervening before patients end up back in the hospital.

While Epic has earned the top score for overall EHR software in the “Best in KLAS” rankings of health IT products for 10 straight years, the company also has its critics. A parody of Epic — @EPICparodyEMR — popped up on Twitter last year and has become a popular forum for physicians to grouse about the software. “My goal is to create confusion for doctors,” the parody states under its bio section. “I will not rest until doctors do nothing but click buttons. Eye contact is evil.” According to WBUR radio in Boston, the account — which has more than 21,000 followers — is managed by a male physician at a “major East Coast hospital” who has declined to reveal his identity.

On the legal front, Epic faced allegations in a 2015 whistleblower lawsuit brought by Geraldine Petrowski, a former compliance review specialist for WakeMed Health in Raleigh, N.C., who claimed Epic software could be used in a way to allow customers to double bill Medicare for anesthesia services. But U.S. District Judge James Moody tossed the suit in 2018. He said Petrowski’s allegations were “insufficient” and amounted to “no more than an assertion that the Epic software theoretically could have been used to lead to incorrect billing.”

Orlando Health, which had been operating on an Allscripts platform for about 14 years, isn’t the only hospital that’s migrated to Epic in recent years. Mayo Clinic, which has a campus in Jacksonville, moved to Epic in 2018. The return on Mayo’s investment of $1 billion over 10 years (which includes other technological upgrades and all six locations) has been “substantial” — particularly from a billing standpoint, says Dr. Steve Peters, Mayo’s chief medical information officer. “We had multiple disconnected small systems. Now we have a single, state-of-the art billing system, which automatically helps to pay for itself because of the completeness of revenue capture,” Peters says.

AdventHealth, a non-profit hospital system headquartered in Altamonte Springs just north of Orlando, announced in February that it is ditching Cerner and will implement Epic. The transition will take several years. At least nine other Florida health care systems, including Cleveland Clinic Martin Health, Tampa General Hospital and UF Health, already use Epic.

Orlando Health executives declined to share the costs of converting to Epic. They say the bulk of the expense isn’t the software, but all the other tech upgrades that go along with a switch, such as increased bandwidth, new computer screens, back-end processing and integration. Another budget item is the 10 weeks of Epic training for Orlando Health’s 31,000 employees.

Ultimately, Orlando Health’s migration to the Epic platform will eliminate at least a third or a quarter of the hospital’s 1,200 or so disparate systems. “We had some good systems, but none of them talked to each other. It’s not like every system was bad, but you couldn’t merge them together,” says Sherry Buxton, Orlando Health’s assistant vice president and Epic program executive.

Novlet Mattis, Orlando Health’s chief information officer and an avowed tech junkie, believes EHR technology will rise to the occasion to combat physician burnout. In the future, she predicts an “ambient EHR” device — like Siri or Alexa — will listen in the background as the doctor conducts an exam and then turn the conversation into “structured data,” dropping it into the record where it will be automatically coded for billing.

That’s where the overhaul comes in, she explains. “We said we want to look five years, 10 years out. We will be able to build artificial intelligence into Epic,” says Mattis.