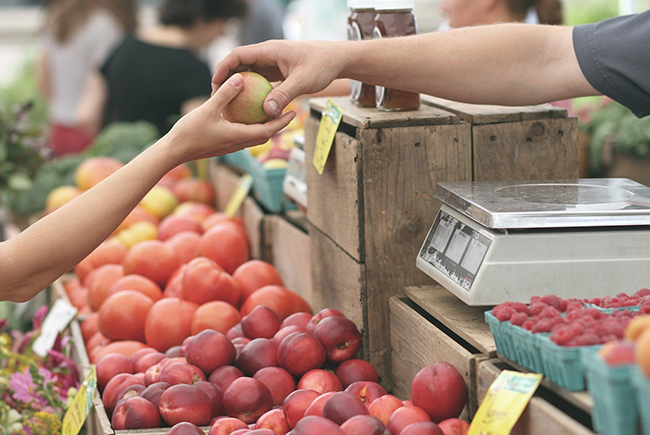 The total shutdown of the hospitality industry, to stem the spread of the coronavirus, means farmers who grew crops intended for everyone from small, independent restaurants to busy hotels are stuck with millions of pounds of produce that will soon be left to die on the vine. And even food banks, soup kitchens and rescue missions, which have seen a surge of unemployed workers making hours-long lines for boxes of donated fresh fruits and vegetables, are saturated with farm donations. More from the Miami Herald.

A pair of health care related organizations in the region are among the latest companies — joining Publix, Target and other retailers — seeking to hire workers who have lost their jobs due to the coronavirus pandemic. One company, Englewood-based Advocate Health Advisors, specializes in health insurance consulting for Medicare enrollees and people turning 65. The other entity is Vi, a Chicago-based senior living developer that operates 10 continuing care retirement communities nationwide, including Vi at Bentley Village in Naples. More from the Business Observer.

Small businesses feeling the impact of coronavirus caused shutdowns and local stay-at-home measures may be eligible for emergency loans through the Florida Department of Economic Opportunity. At the same time, tens of thousands of Floridians are filing for unemployment benefits. More from WUSF.

There is an alternative to burning, and Florida sugar growers are already doing it—at least in a few fields. Known as green harvesting, mechanical harvesters collect the trash, which can be sold for fuel pellets or to generate electricity, or it’s left in the fields. Even so, switching all 400,000 acres of Florida sugar to green harvesting would be a major expense. More from Bloomberg and Claims Journal.

Pattillo intends to build a distribution center at NorthPoint

Pattillo Industrial Real Estate is working on plans for a 314,900-square-foot distribution warehouse in North Jacksonville. JEA is reviewing a request for water and sewer service availability for the project along Port Jacksonville Parkway in NorthPoint Industrial Park. It's called NorthPoint Building #7. More from the Jacksonville Daily Record.

Maybe it’s their James Bond movie pedigree, but Astons seem to have a special cachet even when compared to other high-end automobiles. A drive, such as one through Tampa, is bound to elicit stares, thumbs-up salutes and comments such as “Okay, 007!” heard from one bicyclist.

Luciano Pavarotti. Plácido Domingo. José Carreras. Mikhail Baryshnikov. Zubin Mehta. Beverly Sills. The greatest names in the world of classical music played South Florida and they played here in great part because of one woman. A dynamo named Judy Drucker. Drucker, who died Monday in Miami at age 91 of complications from Alzheimer’s, devoted more than half a century to her aptly named Great Artists Series.