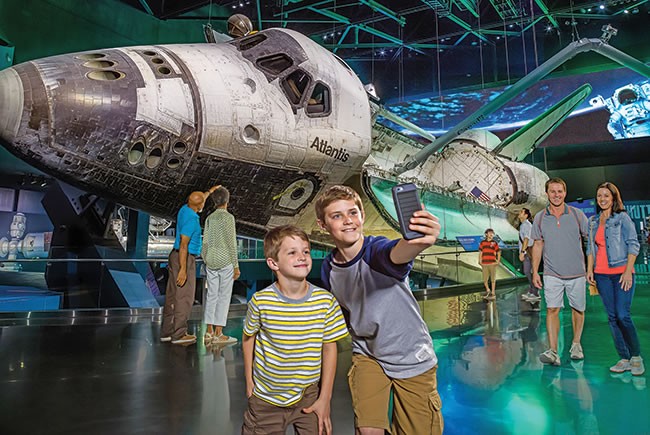 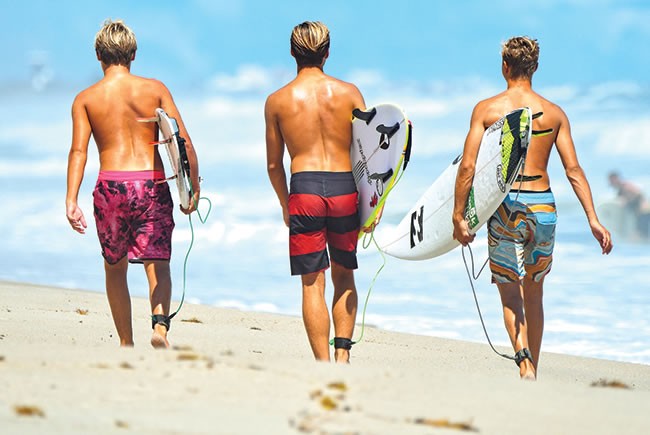 It’s safe to say there’s no shortage of visitors here on the Space Coast — drawn by its ample area beaches, attractions, shopping and restaurants.

Leaders in both the tourism and transportation industries know that the more guests coming in, from more places, with greater convenience — makes for a more memorable experience for travelers overall.

‘Firing on all cylinders’

Tourism is a $2.1 billion-a-year industry in Brevard County, producing about 26,000 jobs. Twenty new hotels are planned. And the most recent $16 million from the Space Coast’s 5% Tourist Development Tax on hotel rooms is a record breaker, increasing the area’s tourism marketing budget.

“The beaches are in beautiful condition. A lot is being done to improve the quality of waterways.”

Delta and American are among its airlines, with daily non-stop flights. Its location is accessible to Port Canaveral, Kennedy Space Center and Cocoa Beach.

Airport improvements have helped aircraft operations rise by 26.5% and the annual passenger count increase by 4.7%, according to the Florida Department of Transportation (FDOT), which named MLB 2019 Commercial Service Airport of the Year.

In the past five years, the airport has increased its economic impact on the Space Coast by 74%, according to the FDOT.

By bus, van or car

Space Coast Area Transit (SCAT) offers public transportation with over 1,000 bus stops throughout the county, making about 2.5 million trips last year — helping to power the area’s economy by getting visitors to beaches, employees to work and students to college. The organization also runs a robust paratransit service and commuter van system, with Park & Ride lots in Viera, Eau Gallie and Palm Bay.

There are four new cruise ships planned at Port Canaveral, one of the world’s busiest cruise ports. The cruise segment alone, according to Canaveral Port Authority, generated $1.3 billion in economic impact in 2018.

“Port Canaveral has a significant role and responsibility in building and sustaining a strong economy. … We must continue to invest in the port’s infrastructure to promote solid growth and economic prosperity for the region,” says Captain John Murray, Port Authority CEO.

With cruise lines Carnival, Disney, Norwegian, Royal Caribbean and half-day trips with Victory Casino Cruises, even bigger, cleaner ships are due in this year. With 6,600-passenger capacity, Carnival’s Mardi Gras is the first cruise ship to run on LNG fuel. It comes to Port Canaveral in November 2020. In preparation, a $163-million cruise terminal is under construction.

Ongoing investment in terminal renovation work includes plans to expand the berth at Terminal 5 to accommodate ships up to 1,112 feet long, according to the Port Authority.

This past year, the Port Authority earned its recertification from Green Marine, a voluntary environmental organization. Canaveral Port Authority is one of 22 ports nationwide to earn the recognition.