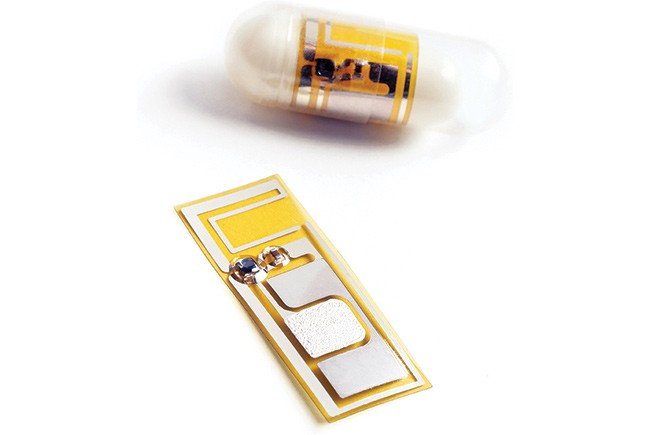 Developed by University of Florida graduates, the ID-CAP system is an ingestible sensor inserted into a pill. 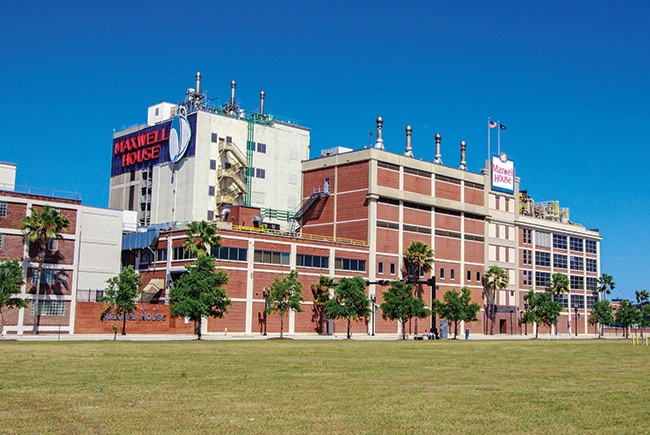 The Downtown Investment Authority intends to modify a 2016 deal with Kraft-Heinz Foods to keep its original coffee factory in Jacksonville.
< >

Developed by University of Florida graduates, the ID-CAP system is an ingestible sensor inserted into a pill. The sensor sends a digital message to verify the medicine was taken and in what dosage.

“This is a very small computer chip that is no bigger than a large grain of salt,” says Harry Travis, president and CEO of etectRX. “If you were to put it on your finger, it looks like a little black dot.”

Once ingested and activated by the patient’s stomach fluid, the sensor sends a low-power digital message to a reader worn around the patient’s neck. The reader forwards the data to a mobile app.

While inside the body, the sensor runs for about 30 minutes, Travis says, and is eliminated via the digestive process. “It gets taken out with the trash,” Travis says. “Nothing gets implanted; nothing stays around.”

The Downtown Investment Authority intends to modify a 2016 deal with Kraft-Heinz Foods to keep its Maxwell House coffee factory in Jacksonville. Under the original agreement, the city will provide a grant payment of nearly $1 million if the company invests $30 million in its factory and hires 40 new employees. Maxwell House has invested $50 million in the factory but has reduced its workforce by 27 in the last five years.

Read more in our March issue.
Select from the following options: