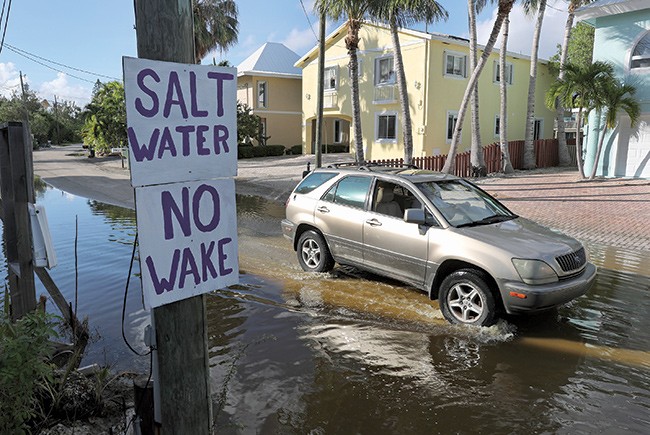 A car drives through an area in Key Largo that flooded after a high tide on the heels of a storm. 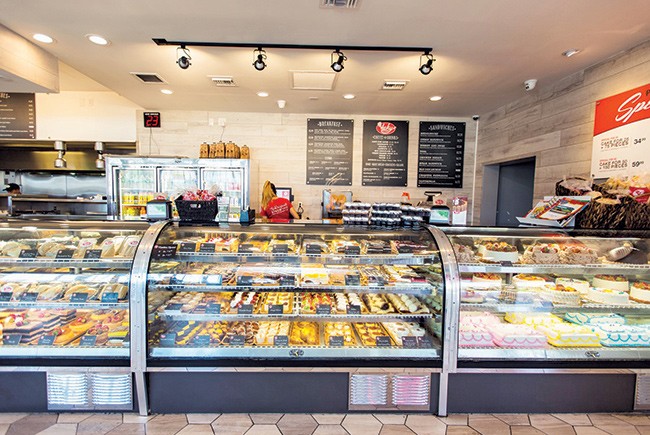 Medley-based Cuban bakery chain Vicky Bakery plans to expand from its current 15 stores in Miami-Dade and Broward counties to 50 locations across the U.S.
< > 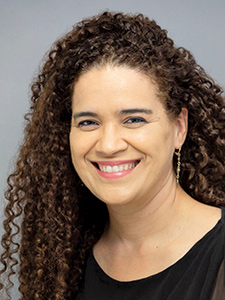 An entrepreneur’s platform helps students teach each other.

Ana Roca Castro founded online platform Genius Plaza to give students around the world a forum to create eBooks, games, videos and other media. The company, she explains, turns teachers into facilitators and conveners of learning — they bring the initial knowledge, and students then use the Genius Plaza platform to teach the course material to each other.

In creating Genius Plaza, Roca Castro, the company’s CEO, used the latest research into how students learn, moving beyond simply putting traditional learning materials — books, quizzes, etc. — online. “The most efficient way of learning is peer-to-peer,” Roca Castro says. Students who use Genius Plaza, she says, “move from being passive learners to actually being protagonists of their own learning. They become the ones creating the exercises and the games and the books.”

Roca Castro, who was born in the Dominican Republic and came to the U.S. at 14, founded the company in 2013. Today, the platform serves students from kindergarten through high school in 30 countries and in 80 languages. Content is customized to be culturally relevant. The company has more than 200 employees, with about 100 in Miami and the rest in offices around the world, including three more in the U.S., three in Africa, two in Latin America, one in Malaysia and one in Madrid.

Monroe County asked the state for $150 million to raise roads, homes and buildings — a fraction of what would be required to elevate the 150 miles of roads in the county that are susceptible to major flooding from sea-level rise in the next 20 years. In a meeting last fall, county administrator Roman Gastesi suggested that “we’re going to have to retreat from some areas.” The state has already allocated more than $20 million to the county to buy and demolish homes damaged by Hurricane Irma.

About 500 people attended the funeral of the publisher emeritus of the Miami Times in December. Garth C. Reeves Sr. was 100.

Reeves used his voice at the newspaper to challenge Miami’s political establishment and advocate for issues important in the African-American community. Stories in the Times called for the termination of Police Chief Walter Headley over a stopand- frisk policy that raised racial tensions in Miami. He fought to desegregate the city’s beaches and in 1993 was a leader in calling for a boycott of Miami Beach hotels that cost Miami’s tourism industry tens of millions of dollars.

Reeves took over as publisher of the Miami Times from his father, running the newspaper from 1970-94. He was inducted into the National Association of Black Journalists Hall of Fame in 2017.