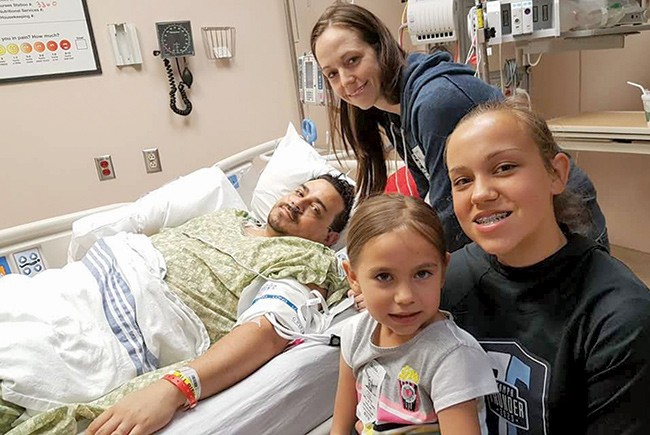 After suffering a heart attack at age 37, Angel Vazquez got moving and completely revamped his diet. 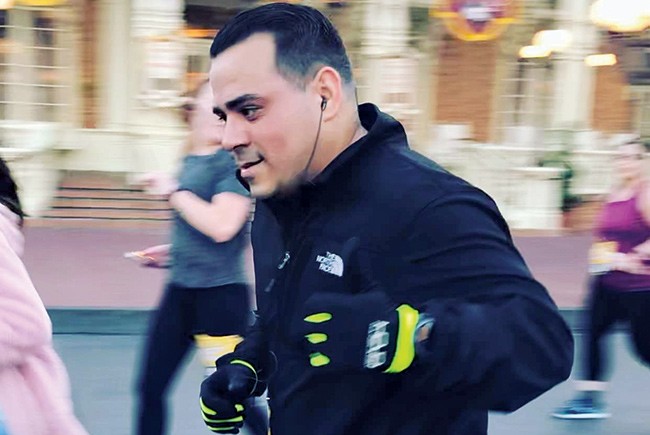 Angel Vazquez took up running in 2018 after his heart attack.

A second chance after suffering a heart attack

Around lunch time one day in June 2018, Angel Vazquez felt pressure in his chest. He was working from home that day and got up to use the bathroom, but the heaviness continued, and he broke out in a cold sweat. As the sweat streamed down his face, his heart began to pound, and he felt faint.

“I don’t feel good,” he whispered to his mother, who happened to be visiting. His stepdad helped him take his blood pressure — “it was insanely high in the 200s,” he says — and he gobbled a couple of aspirin, but the pressure and heart palpitations worsened. “At that point, I was starting to hit panic mode because I couldn’t breathe,” he recalls.

Vazquez’s family drove him to the hospital, where tests showed he’d had a heart attack. The news was not entirely a shock to the 37-year-old web designer from Kissimmee. “There is some family history. My dad has had two heart attacks. My uncle had five heart attacks and a heart transplant years ago,” Vazquez notes — but he wasn’t prepared for the extent of his disease.

A heart catheterization revealed that Vazquez’s left anterior descending artery — a crucial vessel that supplies a large amount of blood to the heart muscle — was 90% blocked. Complete blockages of the vessel are sometimes referred to as widow makers because they’re so lethal. A second artery in his heart was about 70% blocked, and a third was 60% blocked.

Unable to place stents to open up the blockages, his doctor informed him that he’d have to undergo an emergency triple bypass the next morning. “He said, ‘If we let you leave the hospital, you won’t survive more than a day or two. You’ll have a massive heart attack within the next 48 hours because of how bad the blockages are,’ ” Vazquez recalls.

While the surgery was successful, recovery was grueling. “My wife had to fight with me just to get me up and moving,” he says. “It’s kind of like you’re dealing with pain and medications and you’re going through all these emotional experiences. You feel completely defeated. She would just keep pushing and say, ‘Come on, let’s go for a walk.’ ”

In the beginning, Vazquez couldn’t walk more than about 10 or 15 steps without feeling winded and fatigued, but as he felt better, he began walking around his neighborhood. Eventually, he purchased annual passes to the nearby Disney theme parks and amped up his walking. As he logged more miles, he’d share his success on social media along with the hashtag #JustWalk. Soon, friends with health challenges were following his lead and tagging him with #BecauseOfAngel posts.

The American Heart Association took notice and encouraged Vazquez to enter the association’s Lifestyle Change Award. He was the 2018 winner.

He didn’t stop there. At the suggestion of a friend — and after getting his doctor’s blessing and an all-clear from a stress test — he took up running. He started off in December 2018 “at a snail’s pace,” mostly walking and running for 30-second intervals to build up his endurance — and just a month later, he “schlogged” through his first half-marathon at Disney.

Since then, he’s joined a running club and done other races, including 5ks, 10ks and 15ks — and last November, he ran the Space Coast Marathon, his first full marathon.

Vazquez says he’s also completely changed his eating habits. Prior to his heart attack, he says he ate a “lot of fast food” and would snack on candy bars and soda. He’s cut all that out along with red meat. “I decided to try doing a plant-based diet, so now I eat mostly quinoa, black beans, salads.” In the process, he’s also shed more than 40 pounds.

Vazquez says he’s heard lots of stories from nurses about patients who will “lose some weight and within months go back to their old habits,” but he’s determined not to be one of them. “I know that that kind of stuff can potentially start shaving time off my life span or that it can potentially put me at risk of having to go through that again. It was such a scary, traumatizing experience, it’s almost like you become obsessed with trying to do everything possible not to find yourself there again,” he says.

He also finds strength in his family. “I don’t want my girls to grow up without their dad. I don’t know how much more motivation you can need besides something like that.”