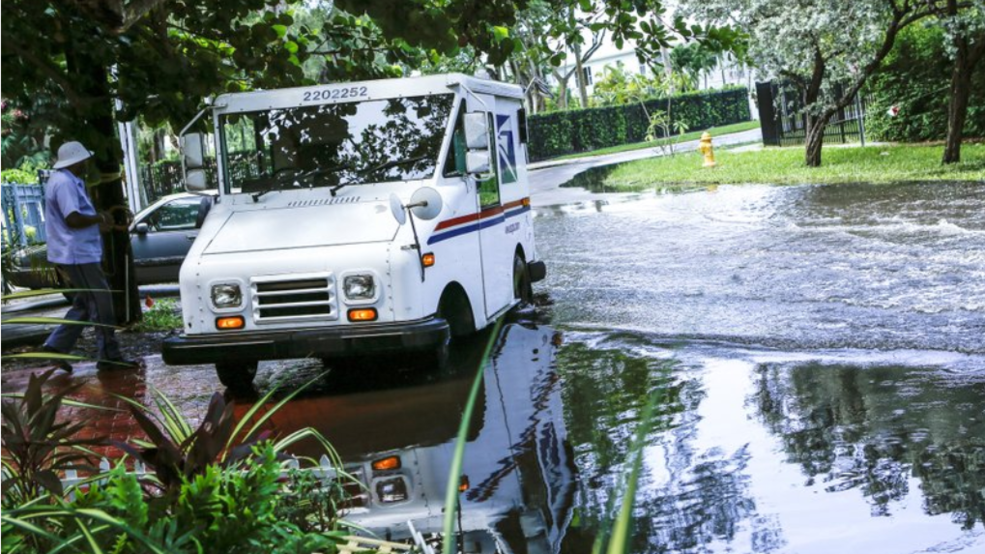 Flooding due to climate change-related sea level rising, the erosion of natural barriers and long-periods of rain pose substantial economic risks to Florida, particularly to the value of South Florida real estate, according to two new reports released last week. Based on past trends, losses from flooding in Florida could devalue vulnerable homes by $30 billion to $80 billion, or about 15% to 35%, by 2050, according to a report from McKinsey Global Institute. More from WPEC, Architectural Digest, and  FOX Business.

Is an eco-resort town in Florida the future of British housing? Prince Charles thinks so

The Emerald Coast, on the Florida Panhandle, has been dubbed the Redneck Riviera: it’s closer to Alabama than to Miami. Yet its scenic Highway 30A, a 24-mile stretch of snow-white beaches, turquoise seas and pine forests, has become home to an architectural experiment that has transformed urban planning in North America and is shaping the debate across the Atlantic. [Source: Sunday Times]

It wouldn’t help the Tampa family who camped in a tent outside their unfinished house, and it would require amending Florida’s constitution. But Pinellas County Property Appraiser Mike Twitty believes legislation before the House and Senate could help homeowners carry a potent property tax break from one home to another. [Source: Tampa Bay Times]

High-end homes are flying off the shelves in South Florida

Big-spending homebuyers flocked to Miami-Dade, Palm Beach and Broward counties in December as the South Florida market continues to be fueled by value-seeking out-of-towners. All three counties logged double-digit increases in luxury transactions last month, according to a report Wednesday from the Miami Association of Realtors. [Source: Mansion Global]

Effective as of January 1, 2020, the Florida state sales tax rate applicable to the lease of commercial real property has decreased from 5.7% to 5.5%. Therefore, the state will levy a 5.5% sales tax on all rent collected from commercial properties in Florida. This new state sales tax rate, however, does not impact county surtax rates. [Source: National Law Review]

› Tampa Bay area home sales rise, inventories fall in December [Tampa Bay Times]
December was a busy month in Tampa Bay real estate as the number of single-family home sales jumped more than 25 percent in Hillsborough and Pasco counties compared with the same month in 2018. A spike in the number of cash sales also suggests investors were more active in the housing market than they had been for much of 2019, according to Florida Realtors reports.

› 2019 home sales break record for Jacksonville area [Lakeland Ledger]
There were more homes sold on the First Coast in one year than ever before in 2019, according to a new report from the Northeast Florida Association of Realtors. The 31,881 home sales were up by 5.4 percent over 2018 and the highest figure on record, the association said said. The average price was $276,586, a 4 percent jump over 2018′s average of $266,055.

› Peek inside Tallahassee's million-dollar real estate market [Tallahassee Democrat]
In the last five years, real estate agents are seeing more homes on the market for $1 million and up. It’s a niche market for the capital city. Some of the most coveted neighborhoods, such as Rosehill, Moore Pond and Bobbin Trace, are where custom dream homes are made. They’re architectural showpieces that marry elegance, imagination and amenities while some choose to bend design rules with their modern interpretation of lux living.