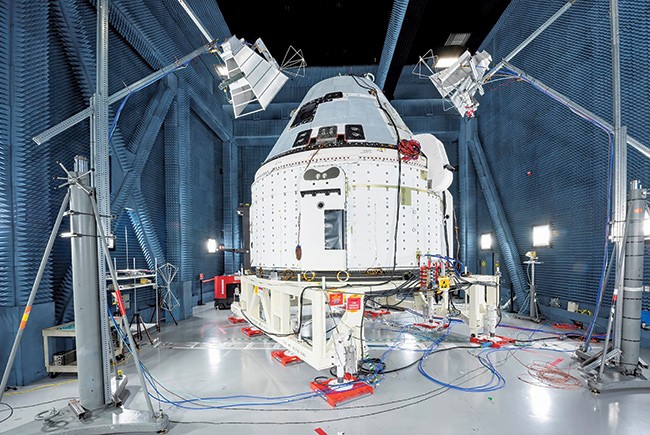 Boeing's CST-100 Starliner undergoes testing at a California facility. Once back at Kennedy Space Center, the vehicle will be prepared to fly its first crew this year. 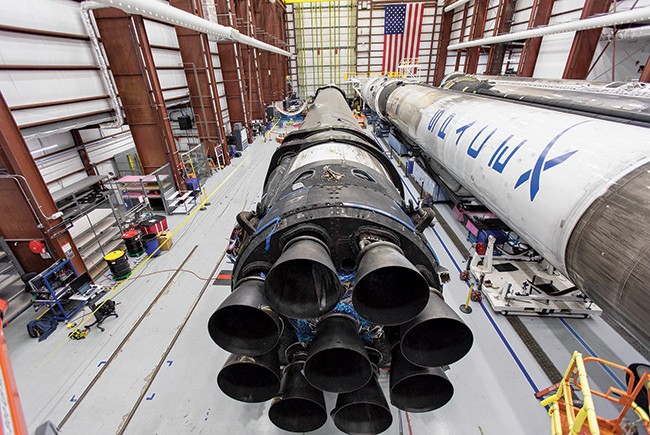 SpaceX will join the Starliner in returning astronauts to the ISS. 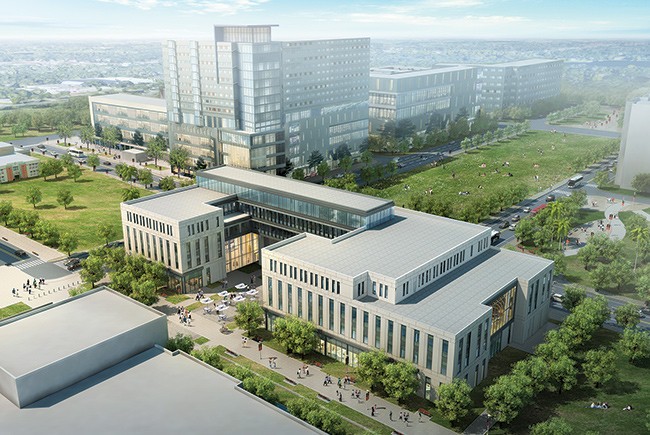 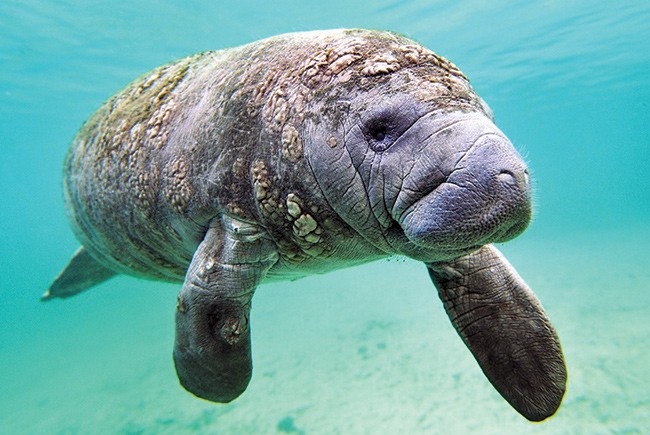 Water quality in the Blue Spring Basin has been declining for several decades. 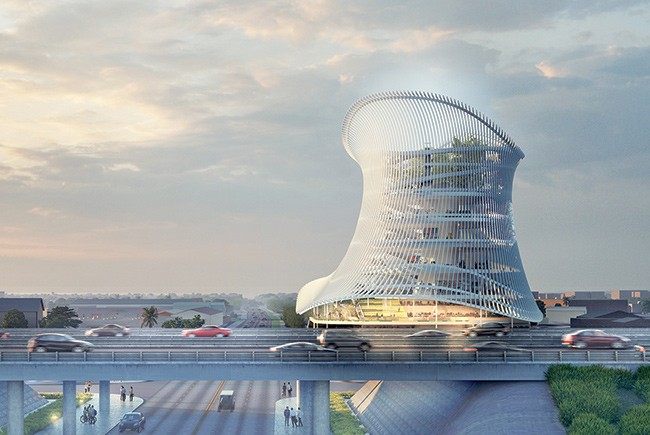 A design team has been announced for a museum and memorial honoring the 49 victims of the Pulse nightclub 2016 mass shooting.

Lunar Focus: “Our whole Artemis campaign is to return to the moon, this time to stay — land the first woman/man on the moon by 2024. To do that, we’re really leveraging commercial industry. That’s the biggest piece for Central Florida. Kennedy Space Center is looked at across the entire NASA agency as the center for excellence for partnering with commercial industry, and we’re doing it better than anyone else.”

Research and Technology: “If we want to go to Mars, it’s a three-year trip, so going to the moon, our closest neighbor, is the way to help. We have to figure out how do we build something on the surface? How do we use the soil from the surface to build things so that we can lower the cost ultimately and drive industry? So much has happened with 3-D printing technology, miniaturization of electronics. So in 2020, we’ve got instruments we’re working on that will launch on robotic pre-cursor missions to help us understand what happens when we’re sending crews out there in 2024.”

Supply Chains: “Right in the middle of all this is the part that I’m leading: The Gateway Logistics Element. We have the biggest contract to date for the Artemis campaign — a 15-year performance contract with a $7-billion cap. In 2020, we look to see those companies start to design systems for the supply chain in space. That’s what helps us continually move and transport things out there in deep space, and as the R&T (research and technology) figures out how to utilize resources in space, that supply chain is what will help move it just as a railroad would here and help really enable a spaceport. We’re hoping that will bring multiple companies to Central Florida.”

“One of the big things that you’ll see in 2020 are the first launches of Boeing’s Starliner spacecraft and SpaceX Crew Dragon to begin the era of returning astronauts to the international space station on U.S. spacecraft. This is a result of NASA’s partnership with industry in what they call their Commercial Crew Program. They’ve been successfully delivering cargo to the space station, but this will be the first return of humans to space on U.S. spacecraft since the shuttle retired. So it’s very significant. It marks the beginning of a new era, and we should all be very excited about it.”

“Central Florida is just such a great place to live. The hurricanes just don’t hit often — we get a lot of threat, but very little hit. Miami is full, so Central Florida is feeling the effects of South Florida being full. With $5 billion of road construction going on, it’s only going to make development here get better, especially as our transit improves. I think the Dr. Phillips Performing Arts Center, the Amway Center, the soccer stadium, Creative Village, the UCF expansion, Medical City — all those things are making Central Florida more desirable. There’s so much critical mass here now that I believe we’ll continue to boom for a very long time. The economy overall, with interest rates coming down, it’s been very stimulating for development. I think it’s going to be awhile before the interest rates go up, as long as Democrats and Republicans keep fighting with each other, which will be forever. I think interest rates are going to stay down. I’m fearful in the next election that if someone is elected who wants to add a bunch of crazy policies that tax the wealthy and Medicare for all and things like that, there could be a bump in the economy, but based on today’s environment, I think it’s going to remain strong at least for another year.”

“We’re outpacing the state and the country in terms of continuing low unemployment and continuing jobs creation. It’s been eight-plus years of growth, and as I look into 2020, I don’t see this region slowing down. I think there’s been a lot of discussion that sometime in 2020 the economy and the country will slow — but here in Central Florida, on any given day, we have thousands of jobs and all of our growth sectors here are being advertised through Employ Florida and other means. I think 2020 is going to be continued growth in not just our hospitality sector but also construction. Residential, transportation and commercial (construction) will continue to need labor. We have a number of different initiatives for skilled labor, for superintendents, for middle management that we’re working with all our education partners. Construction will certainly grow, as well as trade and logistics, and there is good focus and growth in our simulation, technology and advanced manufacturing sectors.”

“Assuming that (defense funding) is not an issue and we have the budget, there will always continue to be a need for what we do, what we provide, and the need is actually increasing. It’s continuing to be a need that’s critical to our national defense and to our readiness. It’s a critical part of who we are as a nation, so it’s not something that’s going to go away — and in some cases, what we do and what we provide in terms of training is potentially more efficient. It’s certainly more accessible than the alternative, which in my case, the medical field, would be actually doing a procedure on an actual human being. If you are not in a clinic where that particular case is presented to you, you’re never going to see it, yet we can provide the experience to train that person several times before they see it.”

When BRIDG, a non-profit manufacturing facility for smart sensors, made its debut in Osceola County two years ago, the idea was to get a jump on what BRIDG CEO Chester Kennedy calls the “fourth industrial revolution” — the “resurgence of new microelectronic devices in support of the internet of things and unlocking the imagination and creativity around the country to bring new products into the market.” A growing awareness of cybersecurity vulnerabilities — and the ability of bad actors to embed malicious capabilities into microelectronics — gave the facility an added focus: BRIDG can promise customers that their electronics will be built in a safe and secure environment. Business is starting to take off at the center. In late 2019, BRIDG landed a $20-million contract from the Defense Department to develop secure microelectronics for the Industrial Base Analysis and Sustainment Program, which supports weapon research, design, development and delivery. Osceola County is hoping that BRIDG will help fuel the growth of its 500-acre NeoCity tech campus and transform the region into a bustling defense, manufacturing and technology hub.

“Innovation tends to happen around clusters, which include talent, places where ideas are generated, where capital is attracted — and that’s certainly what we did at Lake Nona. We built the strategy there on that principle. What we have been doing for many years is thinking in terms of our academia enterprise and anchoring geographically to the centers that they serve. We didn’t originally put our school of hospitality management on the main campus. We put that right in the heart of our hospitality and service industry, down by International Drive and the convention center. We didn’t put our medical school on campus. We put it in the heart of, at that time, the brand new but now the thriving Medical City at Lake Nona.

Downtown, we believe there are critical programs we have that can thrive in an urban setting. By doing that, moving those programs downtown, it first gives us great access to industry for our students and our faculty, so our students graduate with hands-on experience, being able to walk 15 minutes to an internship, for example, or research collaboration by a faculty member. By building strong programs downtown, it also creates a magnet campus for personal innovation to happen nearby. You saw a perfect case study of this: Within a couple of months of us opening a campus, EA Sports made the decision to relocate 700 employees, growing to 1,000 or more, adjacent to our campus in Creative Village.”

“We’re personalizing health care, and we’re leveraging technology to do it. One example is WholeMe, a study enrolling 10,000 Floridians in screening for a gene linked to high cholesterol. This is our first major step into genomics, which holds great promise in helping us target treatments to each individual’s genetic makeup. Our newly opened command center, known as Mission Control, uses artificial intelligence to quickly route patients around our system. It helps avert issues before they happen, even predicting staffing needs days in advance. This technology streamlines the patient experience and allows clinicians to focus on care rather than logistics. We’re deploying telemedicine, already in use in urgent care, to expand access to mental health services. And our app empowers consumers, offering features such as self-scheduling, cost estimates and 24/7 care advocates. New and emerging technology is having a sweeping impact, and I’m excited about what the future holds.”

“We have now close to 7,000 rooms here in Orlando. I think the convention business is strong. Of course, the economy continues to do well. It’s rather robust, and that helps, of course — and we’re really the beneficiaries of all that. I think the new space that they’re going to be adding to the convention center, which is now No. 2 in size, will move us closer to No. 1. It’s going to be about 3.5 million square feet of usable space and it should be done in late 2023, early 2024. So I think we’re going to see a tremendous surge once that happens because it will enable us to secure business we’re not able to accommodate right now. It will be good for everyone. In fact, I’m so confident that things are going to get much better that we’re in the early design stages of adding another 400 rooms to Rosen Center. That’s how confident I am that things are going to get better.”