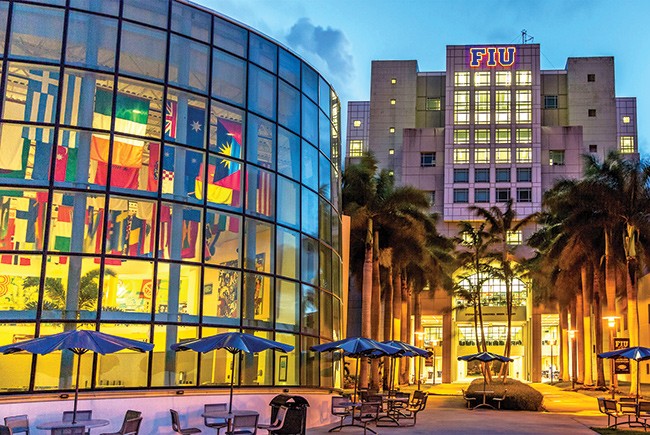 The undergraduate international business program at Florida International University School of Business was named second in the nation by U.S. News & World Report. 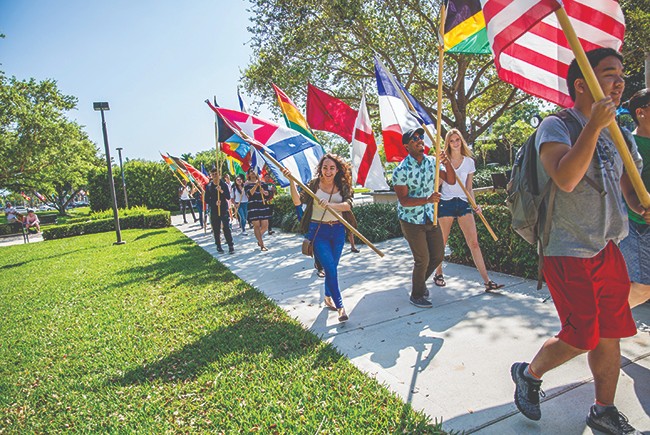 Teaching for a Global Reach

The undergraduate international business program at Florida International University School of Business was named second in the nation, rising four spots from 2018 — and marking the sixth consecutive year in the top 10. “International is at the core of what we do at our university,” says Kenneth G. Furton, the school’s provost and executive vice president.

Palm Beach County-based Lynn University was ranked No. 1 for most international students in the publication’s south region. The school’s student body is 18% international, with students from nearly 100 countries, says President Kevin Ross.

Across the region, colleges and universities serve U.S. and international students preparing to become part of the global workforce.

For example, more than 4,700 international students are enrolled at FIU this semester, up more than 6% over fall of 2018. The college also is home to a Center for International Business Education and Research, one of just 15 such centers funded by the U.S. Department of Education nationwide and the only one in Florida.

At the nearby University of Miami, one-third of its 650 new graduate business students this year hail from abroad, with double the number of new admits from China this year compared to last. International students are especially interested in the school’s 10-month master’s programs in accounting, business analytics, finance, and sustainable business. The university’s global executive MBA serves executives from South Florida, Latin America, and the Caribbean.

Florida Atlantic University in Boca Raton created an educational partnership with Germany-based Max Planck Florida Institute for Neuroscience, and its Leon Charney Diplomacy Program is considered a premier program in global diplomacy. Academically, business, engineering, and computer science continue to be among the disciplines international students seek the most, as are artificial intelligence and data science, says Mihaela N. Metianu, executive director of FAU’s Center for Global Engagement.

Students from the Americas make up a growing population in area universities. At Nova Southeastern University (NSU) in suburban Fort Lauderdale, students from 17 Latin American and Caribbean countries make up nearly a quarter of its F-1 visa international student population.

Some of those students come seeking opportunities to gain U.S. work experience, or to bring their existing degrees in line with U.S. standards. For example, NSU’s College of Pharmacy is one of only three colleges in the country with a program to allow foreign-educated pharmacists to expedite a U.S. PharmD license. Its Shepard Broad College of Law recently created a Master of Laws (LL.M.) to support foreign attorneys seeking admission to practice in the U.S.

“At NSU we are helping international students focus on their job search from day one,” says Jeannie Jaworski, NSU’s director of international affairs.