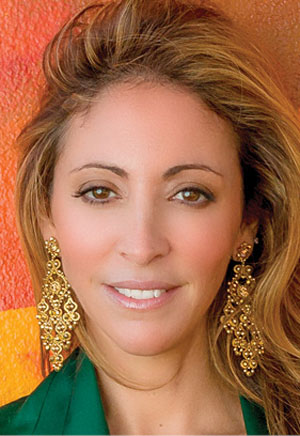 A federal judge has given preliminary approval to a settlement that calls for the state to pay $15.5 million in a class-action lawsuit alleging discrimination in the controversial “Best and Brightest” teacher-bonus program. The lawsuit has focused on a decision by state lawmakers to partly base Best and Brightest bonuses on teachers’ scores on SAT and ACT college-admission exams. More from WPEC and CBS Miami.

Florida is near the bottom of the nation when it comes to teacher pay. Governor Ron DeSantis wants to change that by raising the base salary. But the state’s largest teacher union says the governor’s plans don’t go far enough. DeSantis’s proposal would raise the base salary for teachers from under $38,000 to $47,500. He says that bump will move Florida to among the top states when it comes to teacher pay. [Source: WUSF]

Florida’s enrollment overall has seen increases in recent years, and its 14 total districts in the Top 100 account for more than 2 million students. The Sunshine State still pales in comparison to Texas, though, which has 21 districts on the list, including nine that more than doubled in enrollment since the 1987-88 rankings. [Source: Tampa Bay Times]

The troubled Florida Virtual School should get a new governor-appointed board, new ethics standards for employees and a new inspector general inside the school to oversee internal audits and investigations, according to a report released Friday by the Florida Department of Education. The recommendations are in response to a scandal that rocked the virtual school last year when its former General Counsel Frank Kruppenbacher resigned amid accusations of improper behavior and spending. [Source: Orlando Sentinel]

› State Board prepares to adopt rule for full-time adjunct teachers [Tampa Bay Times]
With concerns over a teacher applicant shortage still strong in Florida, the state is preparing to offer school districts another path to fill its classrooms — the full-time adjunct instructor. Districts long have had the ability to employ part-time adjuncts, who need not meet the same credentialing as contracted employees and do not fall under the same pay and benefit structure as if they were represented in collective bargaining.

› University of North Florida program would place students in health care jobs [Jacksonville Daily Record]
The State University System Board of Governors Strategic Planning Committee approved the University of North Florida’s plan to create a Medical Nexus, or MedNEX, the nation’s first university-based health care network. The committee approved the proposal Oct. 3. Upon approval by the Board of Governors, the Legislature and Gov. Ron DeSantis would need to sign off on it.

› University of Florida to sell alcohol at men’s basketball games [Miami Herald]
The University of Florida will begin selling alcohol at men’s basketball games, the school announced Monday. Only beer and wine will be available at select concession areas of the Stephen C. O’Connell Center. The pilot program will start with Tuesday’s home opener against North Florida. The move comes just months after the Southeastern Conference amended its policy to allow the sale of alcohol at athletic events.