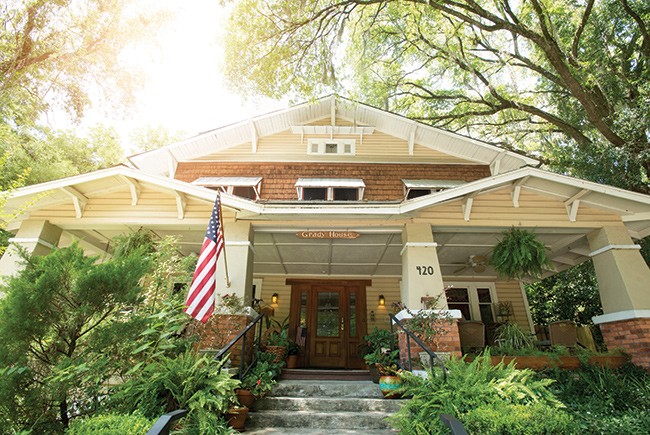 The Grady House in High Springs 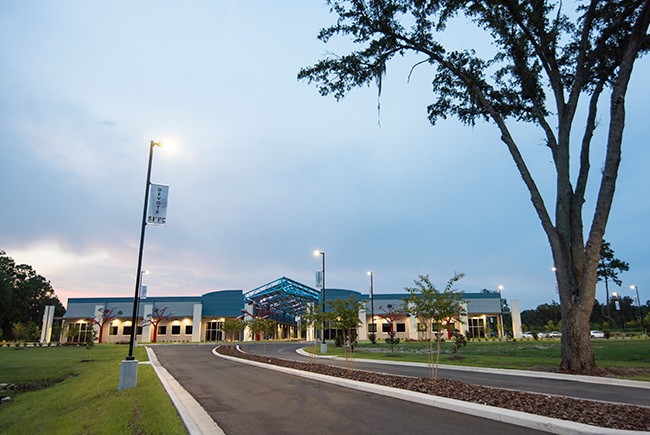 Innovation revolutionizes how we live and work

“I think that we’ve reached more of a mature investment point, where people are looking to invest in the solubility of a university community,” says Gerry Dedenbach, vice president of CHW Professional Consultants, an Alachua County firm that specializes in planning, design, surveying, engineering and construction. “So, they are bringing doctors’ offices here; they’re bringing higher-end restaurants; they’re bringing housing choices. It’s not just one group that is trying to chase a singular item. It’s a more mature look at investments in the Gainesville community.”

For good measure, Dedenbach adds: “Gainesville is graduating from a college town to a university city.”

Land developer Mitch Glaeser surely would agree. Glaeser, CEO of the Emory Group Companies in Alachua, is building 82-acre San Felasco Tech City — an innovative live-work ecosystem — from the ground up in Alachua, on the outskirts of Gainesville. Across the street is 7,200-acre San Felasco Hammock Preserve State Park.

Glaeser is a past president of the Greater Gainesville Chamber of Commerce, and the project is in partnership with another area mover/shaker, Rich Blaser, CEO and co-founder of Infinite Energy in Gainesville.

There are big plans, such as 300,000 square feet of tech space in five buildings, including an urban warehouse design with 23-foot ceilings; a pedestrian- only promenade at the center of the tech space; five bifacial solar trees that collect sun rays from the top side and catch the bounce from the bottom side; 252 housing units, with each bedroom coming with a bicycle; a café/ coffee shop; a preschool; a brewery; and a climbing tower.

“This is not an intensive, high-density community,” Glaeser says, adding that, instead, it is designed to keep tech companies in town while also being family friendly and moderately priced. "This is a model that can work.”

An emphasis on community redevelopment is evident through a recent 10- year, $70 million agreement between Alachua County and the city of Gainesville to merge four existing redevelopment districts into one. The hope is to spark redevelopment in underserved districts, such as the city’s eastside, by attracting private investment through community partnerships, competitive economic development incentives and improved public infrastructure.

“We do talk to each other. And we’re trying to move forward together,” comments Alachua County Manager Michele Lieberman about working with Gainesville city officials.

The talk about commercial real estate — from general office leasing and new Class A space to the demand from national brand names for retail space — is all about growth, asserts Nick Banks, a principal and managing director with Avison Young.

In the past two years, three new Class A buildings have opened, with the space leased quickly. “It just speaks to the strength of the market,” Banks says. “There was demand for higher quality office space and a recognition by developers that there was unfulfilled need. And it’s now met with [new] Class A office space.”

Similarly, national retailers such as Sam’s Club, Bass Pro Shops, P.F. Chang’s China Bistro and The Cheesecake Factory recently have entered the marketplace. “It’s a validation that, OK, this is a legit market,” Banks says. “People are spending money; people have a reason to be here. … They’re betting on our future.”

An example: burgeoning Celebration Pointe, a 160-acre development of 1 million-plus square feet of mixed-use space near the Archer Road exit off Interstate 75. Bass Pro Shops arrived there in November 2016, and the area’s first luxury seating mega cinema opened there in April 2018. Luxury apartments and urban townhomes also are in the works.

There’s a first for detached singlefamily housing, too. For the first time in roughly a decade, two communities are being built within the Gainesville city limits, Grand Oaks and Finley Woods.