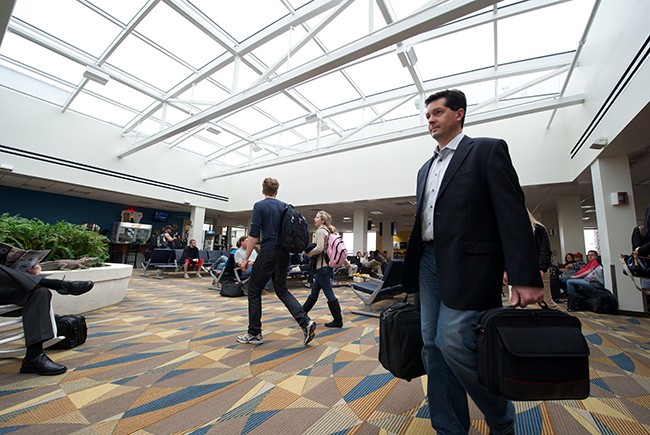 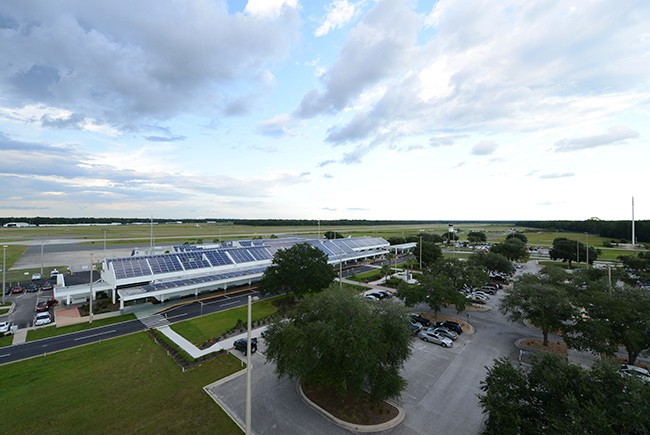 There are more than 350 part- and full-time employees and tenants at the airport, generating an annual economic impact on the region of more than $374 million. 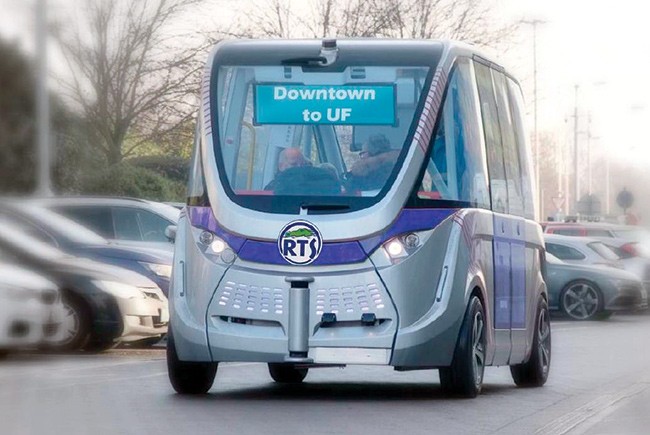 Advanced technologies like the Gainesville Autonomous Transit Shuttle were created through a collaboration between the Florida Department of Transportation, the city of Gainesville and UF.
< >

Transportation is connecting the dots across industries

The topic of transportation intersects with the very existence of Alachua County, particularly Gainesville. Interstate 75 and state roads 301 and 441 crisscross the region, while local thoroughfares such as Archer and Williston roads both funnel local traffic and shoulder major activity centers. Additionally, Gainesville is the halfway point between Atlanta and Miami, with popular multimodal hubs just off in the distance, Jaxport and Port of Tampa roughly 100 and 130 miles away, respectively. As a result, Gainesville acts as a magnet for local and regional travel. In turn, like virtually all metro areas, the picture isn’t always pretty.

“Transportation is a challenge,” concedes Alachua County Manager Michele Lieberman, adding that roadways and traffic are a high priority across the county, and typically improvement funding is the main hurdle to overcome.

Bryan Harrington, director of development and construction at Trimark Properties, agrees. Harrington points to incoming traffic flow from neighboring Levy and Putnam counties, along with vehicles driven by tens of thousands of college students.

Yet, there is good news. A collaboration among the Florida Department of Transportation, the city of Gainesville and the University of Florida has delivered a testbed to deploy and evaluate advanced technologies such as connected and autonomous vehicles, smart devices, and sensors — all designed to enhance mobility and safety.

Meanwhile, within Gainesville city limits, the RTS public bus system moderates traffic on local roads while providing an alternative for students and other residents. From October 2018 through April 2019, RTS recorded more than 6 million passenger rides.

In 2018, the airport handled more than 476,000 commercial passengers, setting its all-time record for arrivals and departures. There are more than 350 part- and full-time employees and tenants at the airport, generating an annual economic impact on the region of more than $374 million.