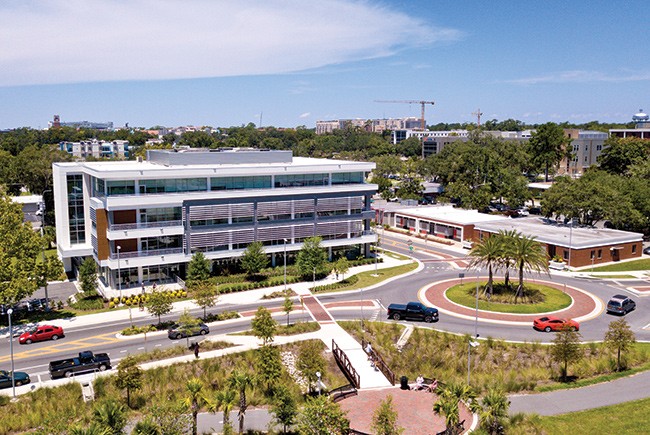 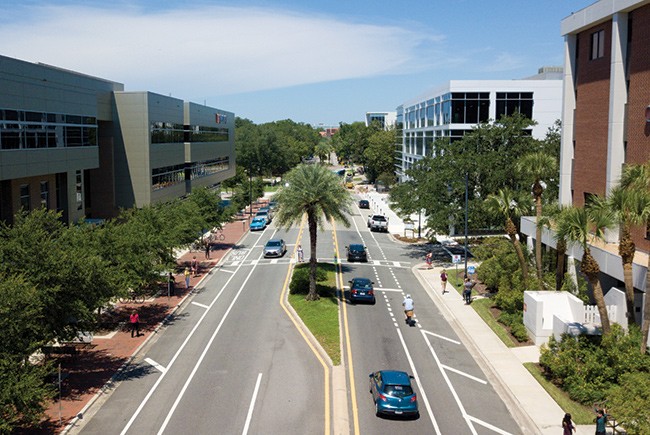 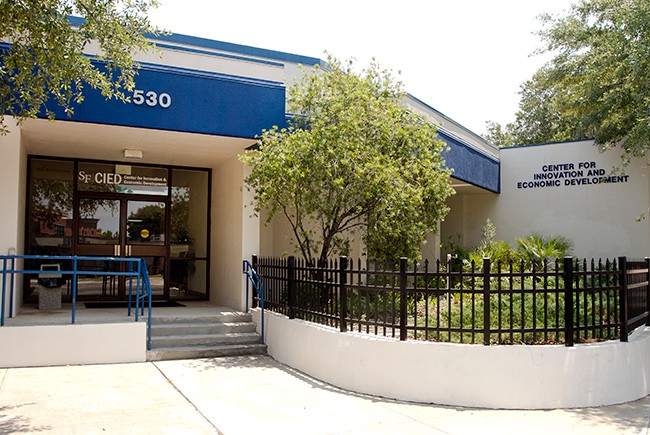 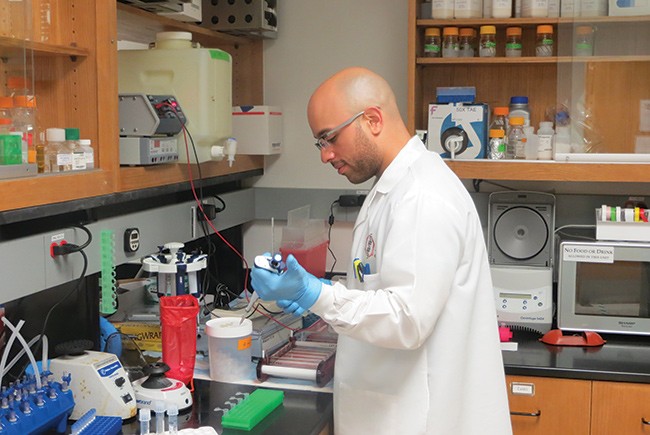 Biotech innovation and entrepreneurship are changing the game

When Mark Long was a student at UF in the 1970s, Gainesville was a “small town” with “just not much going on,” he describes. Long sees a different place today.

As it turns out, Long has much to do with the change. He is director of UF Incubation Services, which is helping to drive economic development, particularly regarding biotech innovation and entrepreneurship.

Long oversees two of the state’s leading business incubators, UF Sid Martin Biotechnology Institute and Innovation Hub. In 2018, UF Innovate was established as an umbrella organization uniting not just the two incubators but also the UF Office of Technology Licensing.

Sid Martin Biotech, located in the city of Alachua, has launched more than 100 biotech, biomedicine and bioagri-culture startups since its founding in 1995. The facility provides the founders of early-stage bioscience companies with qualified laboratory space, equipment, mentoring and investment.

For proof of current success, look no further than Axogen Inc., an Alachua enterprise focused on peripheral nerve regeneration/repair.

Innovation Hub, opened in downtown Gainesville eight years ago, doubled in size last year to 100,000 square feet. More than a building, according to Long, the Hub provides a complete growth ecosystem in, around and beyond Innovation Square, a livable, walkable urban development located directly across from UF.

That setting will be bolstered by Santa Fe College’s expanding Center for Innovation and Economic Development, a community-based product commercialization entity that now assists more than 30 local inventors, innovators and entrepreneurs.

Two decades ago, Ryan Frankel went from student at Santa Fe working at a pizzeria to launching community/lifestyle magazines. Now, he has Frankel Media Group, established in 2005 — which he calls a “big-city agency in a small town.”

“I would have never been able to do this outside of Gainesville,” Frankel says.