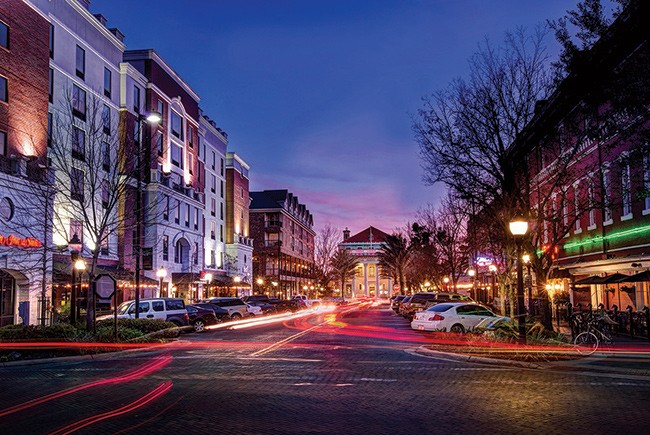 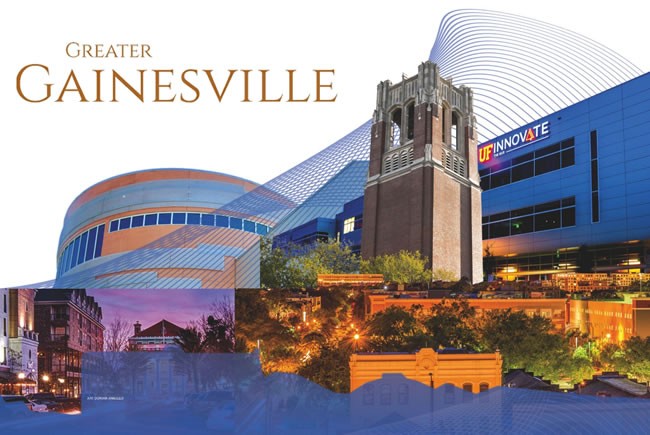 More than a "sleepy little college town," the Greater Gainesville area is battling its way up the ranks both across Florida and nationwide. 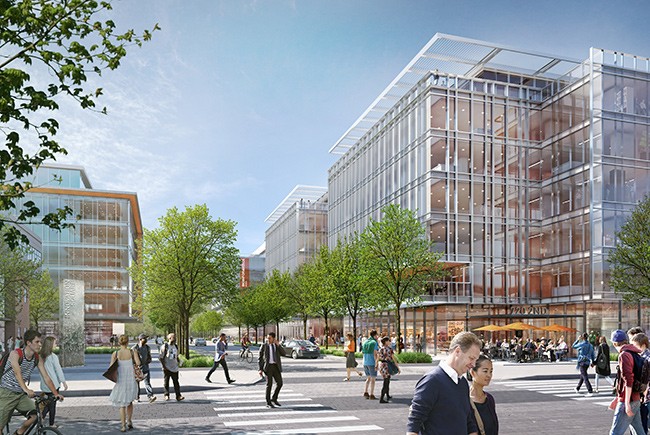 Alachua County has a population of approximately 264,000, including nine cities — most notably, of course, Gainesville. And, located off Interstate 75 in North Central Florida, Gainesville sits a highway drive away from the nearest metro area, roughly 90 minutes from Jacksonville and two hours or so from Tampa and Orlando.

Is Gainesville a true city or more of a town, anyway? Fair question. Let’s call it a tweener, largely, steadily, transitioning from rural to urban. In sports talk, that’s a “player who has some but not all of the necessary characteristics for each of two or more positions,” as defined by Merriam- Webster.

Boxing terminology brings the point a bit closer, with the loose definition of a fighter who can effectively move in and out of weight classes, and still have impact.

And, oh, does Gainesville pack a punch — from economic development and entrepreneurship to education and health care to lifestyle and the surrounding region as a whole.

“Gainesville punches way above its weight class” is a phrase shared by numerous local leaders.

Buoyed by collaboration and a maturing ecosystem, Gainesville is a world-recognized leader in biotechnology business incubation.

At last tally, Alachua County agriculture and related industries accounted for $1.49 billion in gross regional product, representing 11.8% of the GRP.

North Florida Regional Medical Center, formerly the area’s “community hospital,” is in the midst of a $90 million expansion project that includes adding three floors to its main facility. And it’s not even the largest hospital group.

Tourism’s annual impact on the county’s economy exceeds $1 billion, a testament to the area’s lifestyle.

The county’s millennial talent pool is nearly 50% greater than the national average, and its unemployment rate hovers at less than 4%.

To the east in the rural city of Hawthorne, Weyerhaeuser Co., one of the world’s largest private owners of timberlands, is developing a business park that contains 634 shovel-ready acres zoned for 3.5 million square feet of industrial space.

The city of Newberry, to the west, has big plans in the form of Agri-Tech Innovation Park.

On the northwest outskirts of the city, San Felasco Tech City is rising on an 82-acre site that’s across the street from a 7,200-acre natural preserve.

Those are just a few of the highlights.

Not coincidentally, as the Greater Gainesville Chamber of Commerce likes to tout, “Opportunity is abundant and well-rounded.”

“The change in energy is palpable,” says Eric Godet, president/CEO of the Greater Gainesville Chamber of Commerce. “It’s an exciting time.”

A few other common descriptions spanning assorted area sectors: “There’s something about this place.” … “This is a best-kept secret.” … “I would have never been able to do this outside of Gainesville.” … “Gainesville is becoming a household name.” … “It’s a place that’s maturing.” … “Gainesville is more than a sleepy little college town.”

Indeed, little and college simply don’t go together around these parts. Instead, the words University and Florida surely do. In a very big way.

There’s so much more to Gainesville than a university. Yet, talk about tipping the scales.