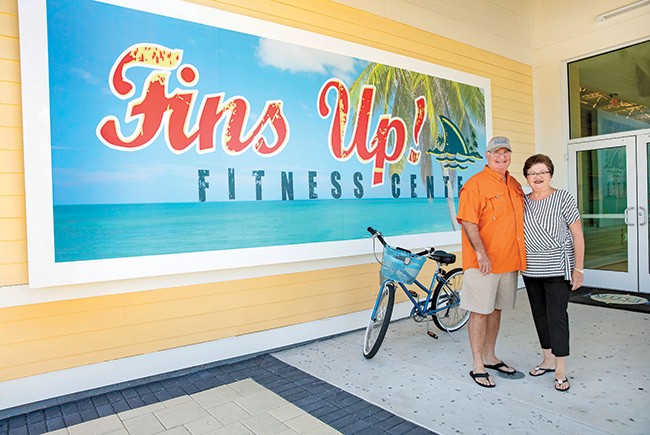 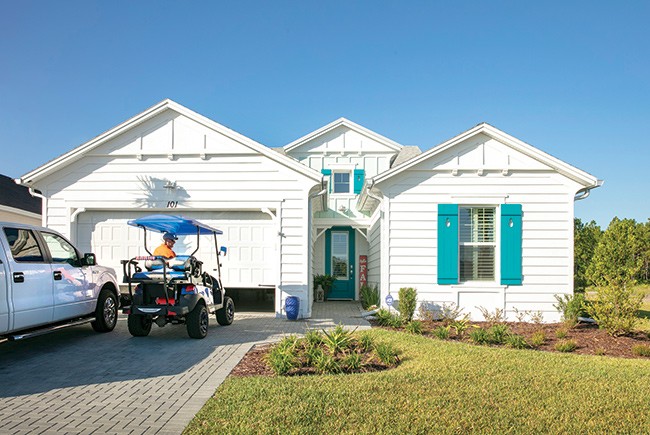 The Scharnikows bought into Latitude Margaritaville in Daytona to be closer to their children and grandchildren. 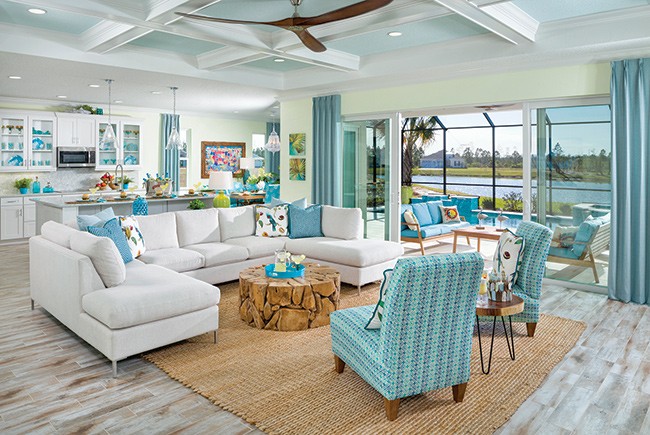 Latitude Margaritaville includes models from three collections, Caribbean, Beach and Island, and range from $253,990 to $335,990. 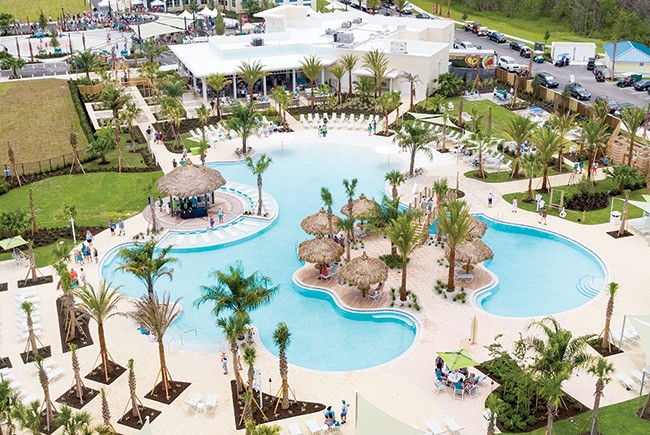 An amenity center at Latitude Margaritaville includes a resort-style pool.

An introduction to executives at Jimmy Buffett’s Margaritaville has propelled Minto Communities into expansion mode.

For its first 30 years in Florida, home builder Minto stuck to projects in Southeast Florida. The Canada-based company didn’t step into the rest of Florida until 2009 when it took over the Sun City Center project in Tampa Bay.

In just the last three years, however, Minto has leapt up the coast to Daytona Beach and then Hilton Head, S.C., and jumped to the Panhandle. It’s talking a potential 100,000 homes there. National expansion is next.

Credit a licensing deal with singer Jimmy Buffett’s Margaritaville Holdings. “When we teamed up with the Margaritaville folks, it’s the Saturn V rocket engine. It just propels you into areas you wouldn’t have been expected to be in prior,” says Minto executive Bill Bullock.

Bullock joined Minto in 2009, well before the Margaritaville deal, as the company saw opportunity in the combination of the Boomer retirement wave and Florida’s weather, beaches and lack of income tax. The company hunted a site convenient to airports and interstates, with a medical center, and land cheap enough to build affordable houses and support a “world-class” amenity clubhouse, pool and entertainment.

Minto found such a site in Daytona Beach in 2016 and began developing what it called Oasis. Then, Minto executives were introduced to the business-people who run Buffett’s Margaritaville, which was expanding with restaurants and resorts. Within three months, Minto had the license — terms not disclosed — to develop Latitude Margaritaville age-restricted developments in the lower 48 states.

The announcement in 2017 that Buffett was licensing his brand for the senior set drew attention in media nationally. “They talked about us in ways you spend millions of dollars for a 30-second spot,” says Bullock, president of Minto’s Latitude Margaritaville division.

Other builders have created 55-plus brands: The Morse family developed the Villages. D.R. Horton has Freedom, GL Homes has Valencia and David Weekley Homes has Encore, among others. The Sun City brand, originated by Pulte Group’s Del Webb, dates to the 1960s.

In Margaritaville, Minto has licensed a brand with built-in recognition. Active adult buyers care greatly about what a community will be like, says Lesley Deutch, principal in Boca Raton with John Burns Real Estate Consulting. What Margaritaville did so well, she says, is create an identity.

Minto’s “interest list” now has 250,000 names, Bullock says. People camped out overnight to be the first to buy in the Margaritaville development. Minto sold 850 homes in the 18 months since writing the first contract in 2018 for the 3,400-home project, he says.

Bullock says if everything works out, Minto would like to take all the 170,000 home sites for which St. Joe has approval in the area. Ultimately, he says, the company would like to have 10 to 12 Latitude Margaritavilles nationally.

Those buying in the Margaritavilles — most are Floridians — extend far beyond Buffett’s core fan group of Parrotheads. Baby Boomers Patsy and Bill “Sharky” Scharnikow, who moved into Latitude Margaritaville in Daytona Beach in April, have attended just one Buffett show in their lives — years ago, in Atlanta. They own a single Buffett CD. But when the retirees from Walton County in the Panhandle wanted to live closer to their children and grandchildren, who live in Ormond Beach and Savannah, they latched onto Latitude Margaritaville. They describe a lifestyle of activities, fitness classes and daily live music. They get to everything, as does seemingly everyone in the development, by golf cart and have quickly made new friends, also like everyone in Margaritaville.

‘‘You could do something every day if you wanted to, from the morning to the wee hours of the night,” Patsy says. “We all just like to have fun.”

Boomers will be turning 65 at the rate of 4 million a year for the next decade, Deutch says.

After about 10 years, the Boomer wave will be followed by the much smaller GenX.

The challenge in the interim is finding land at the right price. Large developments and the active-adult market depend on sales momentum, and that depends on affordability. Bullock says the Latitude Margaritaville mainstay are homes from the $200,000s to $400,000s.

David Cobb, regional director for market research firm Metrostudy says that through the first half of 2019, Latitude Margaritaville in Daytona Beach placed in the top 25 developments nationally for housing starts, with 495.

“I’m sure the other home builders have been paying attention to the success of Minto and the whole Margaritaville strategy,” says Cobb. “It’s really a marketing coup when you look at it.”