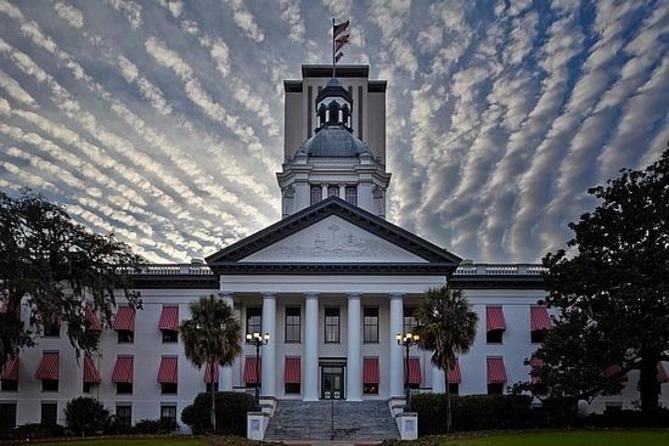 Education Commissioner Richard Corcoran has made no secret of his views on government entities hiring outside lobbyists. He’s not a fan. And since taking over as Florida’s education czar, the former House speaker has made his thoughts known to leaders of the state college system. Corcoran’s sentiments have sparked some college presidents to fire lobbyists who represent schools or affiliated direct-support organizations. More from the Tallahassee Democrat and the Daily Commercial.

Florida’s governor might be proposing a boost to teacher pay before the coming legislative session. Following Tuesday’s cabinet meeting, Gov. Ron DeSantis said to expect something “significant” with regards to teacher recruitment and compensation soon. “I look around now and think teaching isn’t viewed as favorably as we’d like it to be with like young people coming out of college," DeSantis said. "I’d like to get more people going into the profession.” More from WPTV and the Miami Herald.

See also:
» Florida near the bottom when it comes to teacher pay

Florida’s average SAT scores fell this year, a drop that was mirrored nationally and wasn’t surprising given the larger number of students who took the college admissions exam, officials said. More than 190,800 Florida high school graduates — the entire senior class in 2019 — took the SAT, according to the College Board, which makes the exam, up from nearly 177,000 last year and from more than 147,000 in 2017. [Source: Orlando Sentinel]

Florida has a new state testing contractor. AIR Assessment, the firm that created and administered the Florida Standards Assessment since 2015, has sold to online education firm Cambium Learning. The transaction took place quietly in August, and without much fanfare in Florida. But as anti-high stakes testing activists noticed, they had some concerns. [Source: Tampa Bay Times]

Artificial intelligence (AI) is transforming virtually every segment of industry in the United States from agriculture to medicine. To be competitive, companies will have to embrace AI to some extent, which will require a workforce educated and highly trained in this quickly growing field. To address these needs, Florida Atlantic University’s College of Engineering and Computer Science is launching the state’s first Master of Science with Major in AI (MSAI), administered by its Department of Computer and Electrical Engineering and Computer Science. [Source: Florida Trend]

› Florida Universities use grant to teach ethics to engineering students [WJNO]
The National Science Foundation is giving $600 thousand to Florida Polytechnic University in Lakeland to create a methodology to teach ethics to students in the engineering field. It's the largest NSF grant in the history of the young institution, which welcomed its first class in 2014.

› National tech-skills school opens in Orlando [Orlando Sentinel]
The national coding school General Assembly has opened its first location in downtown Orlando, bringing with it a program acquired by the staffing company Adecco two years ago in a deal worth $412.5 million. The company had been working with local government officials, employers and economic organizations before announcing the move to help solve what some companies have called the biggest challenge: a dwindling tech workforce amid growing need.

› Palm Beach School for Autism gets expansions to culinary and hospitality programs [South Florida Sun-Sentinel]
Kyle MacDonnell, 21, is one of the first adult students to go through the Palm Beach School for Autism’s Project Next, a collaboration with the Duffy’s Foundation and Kolter Hospitality, which has a portfolio that includes various South Florida Hyatts, a Hilton and a Westin hotel, with more on the way. As part of the project, the Duffy’s Foundation and Kolter Hospitality donated time and resources to help the school at 8480 Lantana Road expand its kitchen and culinary and hospitality programs.

› University of Florida celebrates 40 years of its iconic Century Tower bells [Sarasota Herald-Tribune]
UF’s carillon, one of three in the state, connects 61 bells to a keyboard that musicians use to play everything from “We Are the Boys” (UF’s fight song) to “Jingle Bells.” “It’s really become an important part of the fabric of the community,” said Laura Ellis, a UF professor of carillon, organ and harpsichord and associate director of the School of Music.