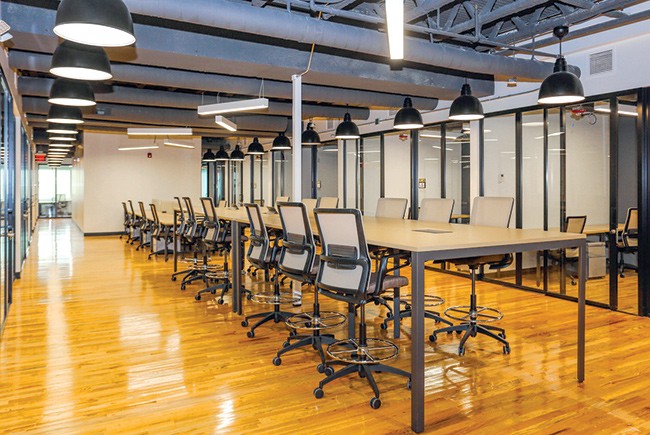 Downtown Orlando is seeing an explosion of co-working space. In April, a 21,000-sq.-ft. Venture X co-working franchise opened on Pine Street, and Chicago’s Novel Coworking is holding a grand opening this month for flexible space in the historic Angebilt Building that it purchased for $13.7 million. In 2020, New York City-based WeWork will open a 70,000-sq.-ft. co-working space at the SunTrust Center that will accommodate up to 1,000 people and companies. Other newbies include: Industrious and Pipeline Orlando, both of which set up shop last year.

The growing competition appears to be taking a toll on some of the city’s space-sharing pioneers. Catalyst Spaces, one of the city’s first co-working spaces and startup incubator, shuttered its doors in August after five years.

Looking ahead, a JLL analysis predicts that volatile markets may eventually lead to “operator failures” in the co-working segment “with only the strong surviving” — but in the meantime, it sees room for growth. Today, flex space only accounts for about 5% of U.S. office space stock nationally. By 2030, it will jump to about 30%, according to JLL.