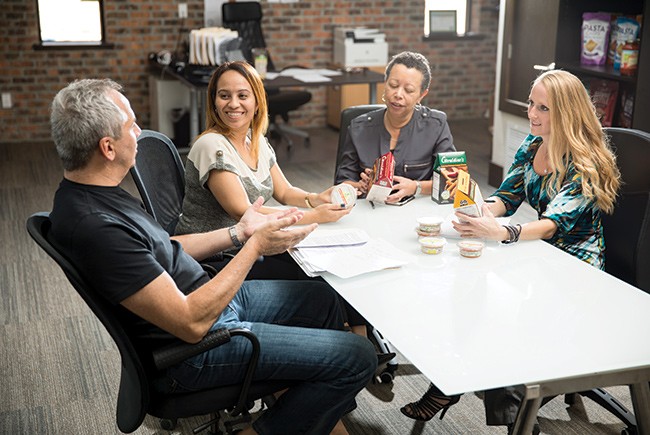 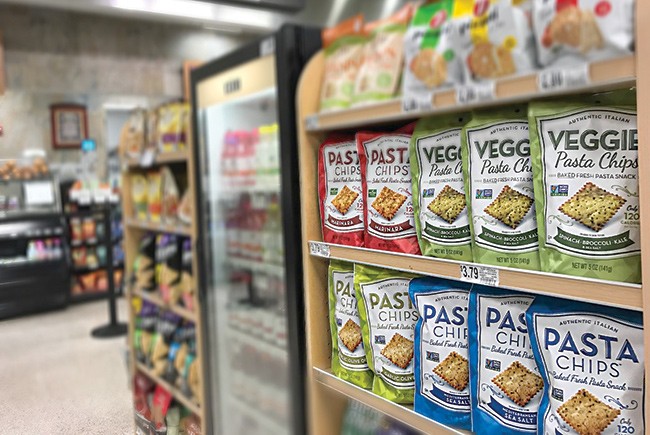 A 2011 visit to Tuscany inspired Bello to launch a line of Pasta Chips made from semolina flour and Italian herbs.
< > 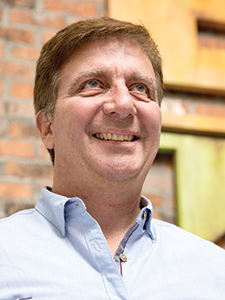 After graduating from Rutgers College of Pharmacy in 1991, Jerry Bello launched a company called IntraCare in New Jersey. The business provided intravenous therapy to patients with cancer and HIV — but it took an emotional toll on him.

Bello sold the company in 1997 and moved in a new direction: Developing what he calls “better-for-you” snacks. His first creation, an Italian fortune cookie called Mama Says Biscotti, was a hit, and Nonni’s snapped it up in 2005 for more than $25 million. Bello went on to create Veggie Straws — which generated $100 million in annual sales before Hain Celestial acquired it — along with other products, including Pita Bites. And after a 2010 move to Florida, a trip to Tuscany inspired to him to launch his line of Vintage Italia Pasta Chips.

Today, with a string of successes under his belt, the serial entrepreneur heads up a Windermere-based venture fund focused on food, beverage and wellness brands. Two years after its launch, KEEN Growth Capital’s second fund has attracted about $40 million and plans to close sometime this fall when it reaches about $60 million.

The fund currently has 12 brands in its portfolio, including O’DANG Hummus, an Orlando-based salad dressing company that made its way from the Lake Eola farmers market to ABC’s Shark Tank before landing on the shelves of Publix and Walmart. Other brands include: Jersey Tomato Co., which makes premium tomato sauces and salsa; DAHlicious Organic, which sells an India-styled Lassi yogurt drink; and Medolac, which produces homogenized donor breast milk products for infants.

“We try to create items that ultimately will become pantry items,” Bello says. “Something that’s not a fly-by-night situation where you grab it once or twice and it’s passé, but we try to make it have enough stick-to-it-iveness that we’re addressing a need.”

KEEN — which accepted just a handful of the 110 deals it was offered last year — doesn’t go for startups. It prefers early-stage companies that are manufacturing products and typically have revenue of at least $500,000 to $3 million. In return for an equity stake in the company, KEEN supplies cash and operational help with everything from fulfillment to logistics to marketing to accounting so the company can get to the next level with high-volume sales.

“There’s the first product you made in your kitchen — it was your great-grandmother’s recipe and it’s pretty good — but there’s a lot of work that needs to happen to commercialize that ultimately and strategize where to put it in the stores, how to make it cost-effective and ultimately turn consumers onto it,” explains Bello. “We get involved with all that. At that point, our investment is materially de-risked, versus if we gave you a million bucks and just said go figure it out yourself.”