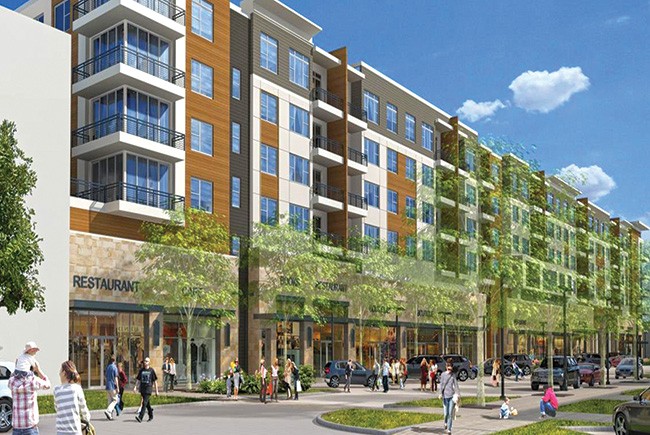 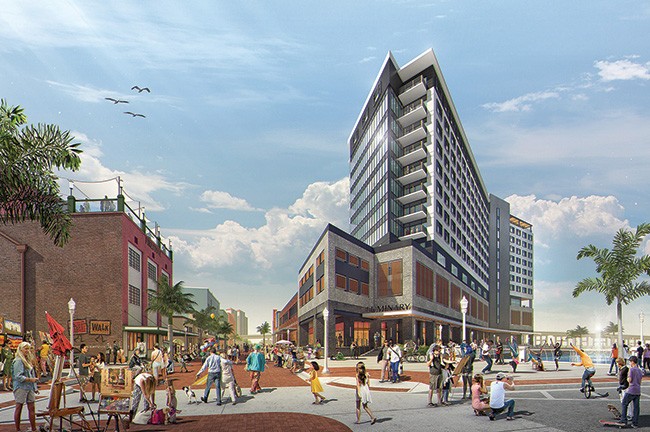 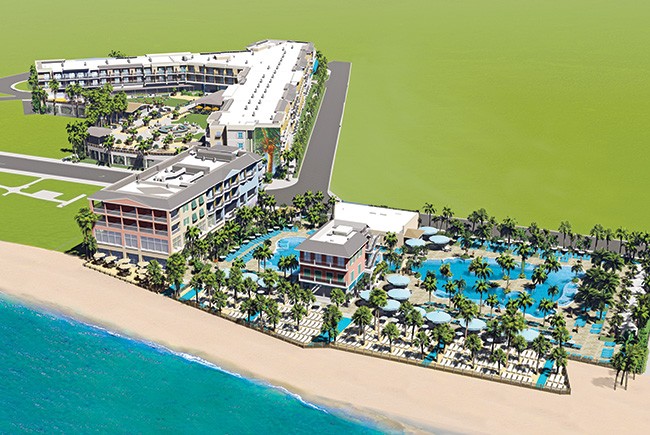 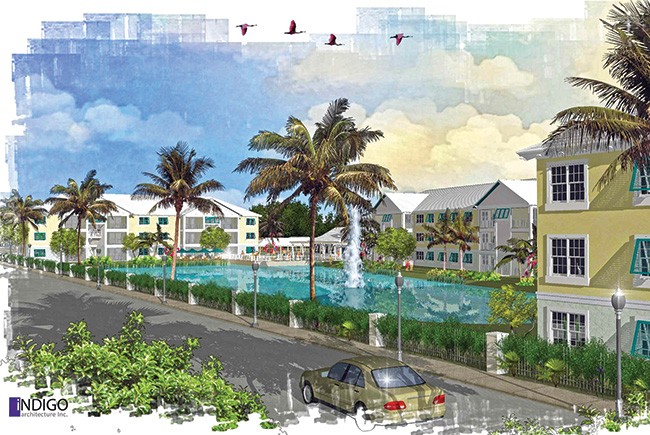 Luminary Hotel
Downtown Fort Myers has long awaited a new hotel to bring more activity to its Harborside Event Center. The Luminary Hotel — which will be connected to the event center — opens in 2020. The 12-story property being developed by Mainsail Lodging & Development will be the area’s first hotel in Marriott’s Autograph Collection, offering 243 guestrooms and suites, restaurants, a rooftop bar, a pool overlooking the Caloosahatchee River, and 8,000 square feet of adaptable function space.

“It’s just so exciting to be able to have that caliber of hotel and be able to offer the convention experience in downtown Fort Myers,” says Michele Hylton-Terry, executive director of the Fort Myers Community Redevelopment Agency.

City Walk
Located on McGregor Boulevard west of downtown Fort Myers, the City Walk project will include a four-story, 318-unit apartment building. Also in the plans: 15,000 square feet of office space and a commercial parcel. The project also has approval for a 130-room hotel, and discussions with various brands are underway.

“We think this is a good time to get into downtown Fort Myers, because we see over the next 10 to 15 years the potential for growth down there,” says Joseph Bonora, president of Catalyst Asset Management, the developer of the project.

Bonora is also finishing up his Grand Central project on U.S. 41 near Page Field. The retailspace is up and running and 280 Class A apart-ment units will be completed by the end of 2019.

Downtown Bonita Springs
This city of more than 50,000 has invested some $30 million over the last few years to transform its downtown area. That includes utility improvements, streetscaping, and increased parking. All of that work is paving the way for development activity in the downtown area, which includes a new $14-million Lee County public library and projects like Mosaic @ Oak Creek, featuring 273 apartment homes and more than 7,000 square feet of commercial space. The city also plans to request proposals on five acres it owns along the Imperial River.

“We are on the cusp of the next phase for Bonita Springs,” says Mayor Peter Simmons.

Margaritaville Resort Fort Myers Beach, Estero Island
Developer TPI Hospitality has a goal of starting construction in early 2020. It will take about 18 months to completely build out the Margaritaville Resort Fort Myers Beach. When finished, the V-shaped piece of property near the Matanzas Pass Bridge entryway onto Estero Island will be home to a 224-room hotel. That will connect via an elevated pedestrian overpass to another piece of resort property along the Gulf of Mexico, featuring a building with a bar, restaurant, and 30 additional hotel rooms plus a pool area that will be open to resort guests and local residents.

“It really is a catalyst to revitilize Estero Island,” says Bill Upshaw, CEO of TPI Hospitality.

Bell Tower
This outdoor shopping and dining zone is in the midst of a redevelopment. It’s got a new modern look (think contemporary lighting and redesigned storefronts) and dropped the word “Shops” from its name to reflect the fact that there’s more to do there than just browsing and buying. Restaurant and arcade Dave & Buster’s opened a new location at Bell Tower in spring 2019, and new restaurant tenants will be coming later in the year. “We want to offer visitors an 18-hour-a-day destination,” says Samantha Lillard, senior general manager for Bell Tower.