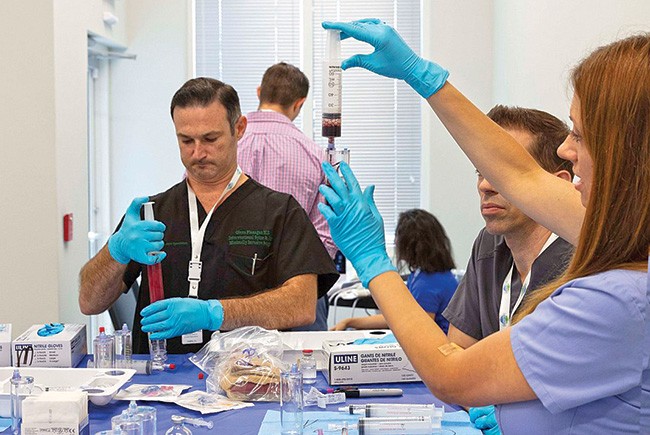 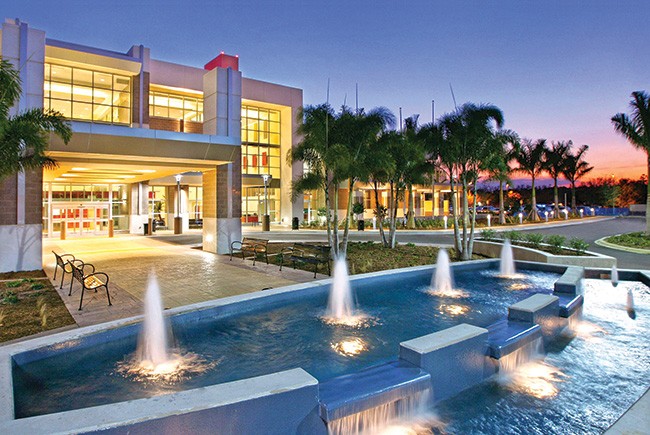 Developments in medical care and technology, manufacturing and testing in Lee County are contributing to improvements in health and medicine. Lee Health is expanding its Gulf Coast Medical Center, which opened in Fort Myers in 2009, to keep up with the health care needs of the growing local population. Expected to be completed by the end of 2020, the $315-million expansion will add 216 acute care beds and 52 ICU beds to bring the facility to a total of 624 beds. That will make it the largest hospital between Sarasota and Miami. An emergency department expansion will add about 30 treatment rooms, and a new parking garage offers 1,300 spots.

“The recent population explosion in Southwest Florida is an opportunity for Lee Health to further improve the health and wellness of our community,” says Dr. Larry Antonucci, president and CEO of Lee Health.

EmCyte has found Lee County to be a good place to build a business. “From a real estate point of view, we have been able to secure properties over our history that have been very conducive and helpful to the growth of this business,” says Chairman, President, and CEO Patrick Pennie.

NeoGenomics, a provider of cancer-focused genetic testing services based in Fort Myers for almost two decades, recently announced plans to build a 150,000-square-foot laboratory and headquarters facility on 14 acres of land in the hot Alico Road Corridor.

“We’re growing so fast in Fort Myers,” says Douglas VanOort, chairman and CEO of NeoGenomics, which also has labs in California, Texas, and several other U.S. and international locations. “We intend to about double our workforce over the next four years in Fort Myers, and this will allow all our people to be in one facility.”

Analysts expect the company to bring in about $400 million in revenue this year, says VanOort. “We’ve grown our revenue by about 20 times in 10 years, and we find ourselves now in the position of being able to say that we are the No. 1 cancer diagnostics company in the country,” he says.

German company Pro Med Instruments has had its North American headquarters in Lee County since 2003. It was first based in Lehigh Acres, then moved to Cape Coral in 2008. The company makes cranial stabilization products for brain surgery used in more than 95 countries. A training and education facility was added to the Cape Coral site in 2018. Its warehouse, logistics, and service and repair center is currently undergoing an expansion to handle expected growth.

“As the company grew and expansion needed to be implemented, the decision was made to remain in Lee County due to its higher education institutions, an excellent health system, convenient airport, its quality of life, a supportive business environment, and an attractive place to attract talent,” says Urs Brunner, vice president and general manager for Pro Med Instruments.

SpaceX is postponing a launch of another batch of its internet satellites set for Tuesday afternoon due to “extreme weather” in the rocket’s recovery zone in the Atlantic Ocean.

A German restaurant in St. Pete is one of Yelp’s top places to eat

The Sacred Arts Tour of Tibetan Monks brought seven monks to St. Petersburg where they spent a week creating a colorful sand mandala featuring a medicine Buddha and an overall theme of wellbeing and healing.