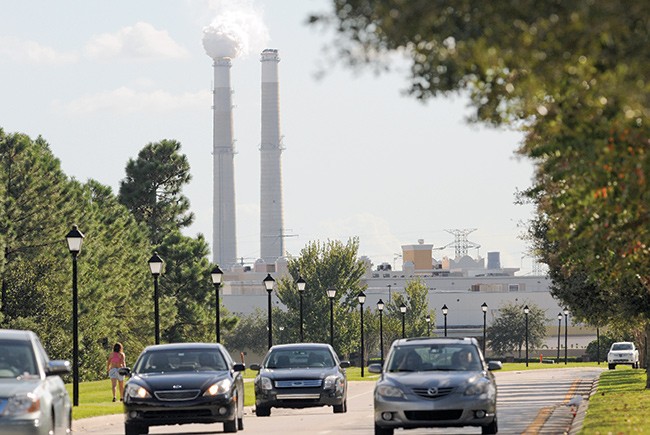 Two coal-powered plants supply about half of OUC's power. 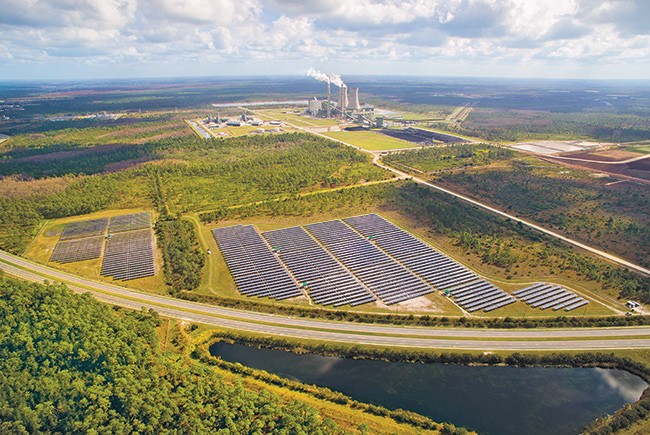 The utility also has two small solar farms at its Stanton center.
< >

In the suburbs of east Orange County, two 50-foot concrete cooling towers at the Orlando Utilities Commission’s Curtis H. Stanton Energy Center loom over the surroundings. The towers house OUC’s two coal-fired power plants — the first built in 1987, the second in 1996 — that together account for nearly half of the utility’s total generation.

Amid promises by Orlando leaders to make the city one of the most sustainable in the nation, the utility has begun thinking about how to shut them down.

OUC this year began a two-year, $1-million process of mapping out its energy future over the next 20 years. A key component of the studies, the largest of which is being conducted by a unit of turbine-making giant Siemens AG, is how to decommission the two units that burn coal.

Environmental groups, led by the Sierra Club, have been lobbying OUC — headed by a board of four appointed members plus Orlando Mayor Buddy Dyer — to close the coal plants.

But doing so poses a big challenge for a utility that serves nearly 250,000 customers in Orlando, St. Cloud and parts of unincorporated Orange and Osceola counties. OUC, which has about 1,100 employees, is the second-largest municipal utility in the state, after the Jacksonville Electric Authority.

The two coal-fired units can generate a combined 940 megawatts of power. That’s about the same amount of power that OUC can get from two natural-gas-powered turbines it also operates at the Stanton power plant.

OUC also generates power at Stanton from methane gas piped in from a nearby landfill and two small solar farms. But those sources combined produce only about 56 megawatts of power.

Coal remains important to the utility, even as it begins to plan for a coal-free future. OUC has embarked on nearly $20 million in renovations to the oldest of its two coal units.

Meanwhile, another utility is moving to reduce its reliance on coal. Tampa Electric has received approval to modernize one unit at its Big Bend Power Station, which will shift from coal to natural gas. The project is to be completed in 2023, at which time Tampa Electric will be generating more power from solar than from coal.