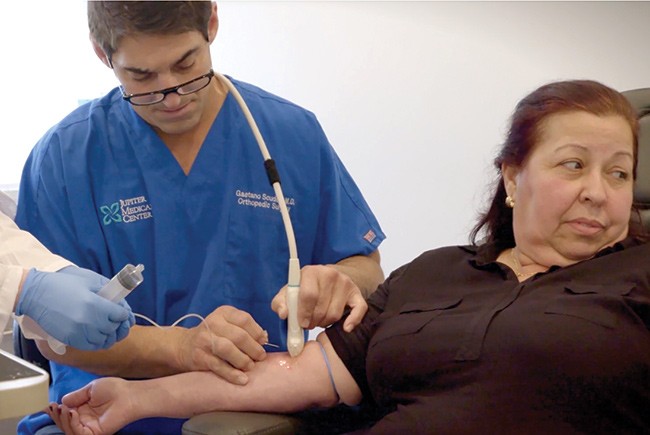 Dr. Gaetano Scuderi, founder and CEO of Cytonics, injects Alphas-2-Macroglobulin into the joint of a patient suffering from osteoarthritis. 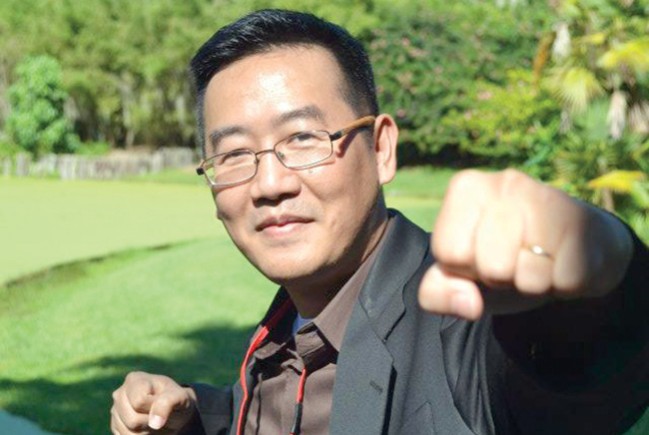 Research Florida: Around the State

The city of Winter Haven says it has embarked on a Smart City initiative to improve government operations. Since 2016, the city has installed nearly 50 miles of underground fiber-optic cable to enable businesses, government and health care institutions to access the internet at high speeds. Smart City officer Hiep Nguyen, formerly the city’s chief information officer, says the goal is to improve Winter Haven’s ability to share information and coordinate public services with Polk County and other local municipal governments, as well as schools and colleges. He says the benefits would be especially important during hurricanes or public emergencies. Meanwhile, the Winter Haven Police Department has launched a new mobile app that allows users to submit a crime tip, search for the location of sex offenders and get alerts about police activities in their neighborhoods.

Altamonte Springs has launched a pilot project to turn reclaimed water into potable water without using reverse osmosis, an energy-intensive process in which source water is pumped at high pressure through plastic membranes to filter out salt and contaminants. The city’s water purification project, called pureAlta, instead uses an ozone and biofiltration-based process of treating chemical and pathogenic pollutants in wastewater. Currently, the purified water is then returned to the city’s reclaimed water system for irrigation. Last year, pureAlta received an innovation award from the International Water Association in Tokyo. In 2014, Altamonte Springs also implemented a program, called A-First, to treat stormwater runoff for irrigation citywide.

Cytonics, a Jupiter-based biotechnology company that develops osteoarthritis therapies, is expanding its research group in Plantation. “Over the next six quarters, we expect to spend $1 million” on process development and manufacturing operations, says Cytonics President Joey Bose. With seven patents, Cytonics has created a diagnostic test that allows physicians to pinpoint the source of joint pain and a device that uses Alpha-2-Macroglobulin (A2M), a protein shown to protect cartilage, from patients’ own blood to treat damaged joints. Last spring, Cytonics raised $470,000 from more than 300 investors in a crowd-funding campaign. The money will be used to fund pre-clinical trials of its lead drug candidate, CYT-108, a synthetic, more potent version of A2M that can be applied to damaged joints to slow and eventually halt the progression of arthritis, the company says.