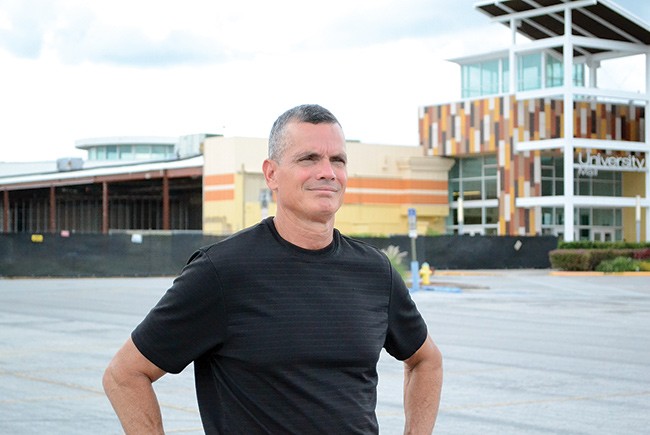 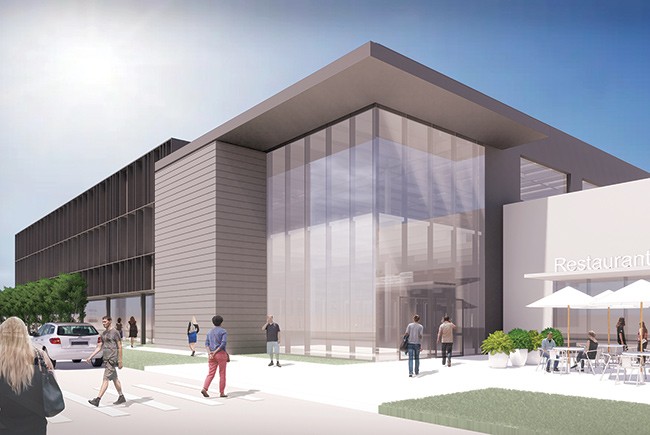 The owner of a mall near USF is redeveloping it into an urban research village. 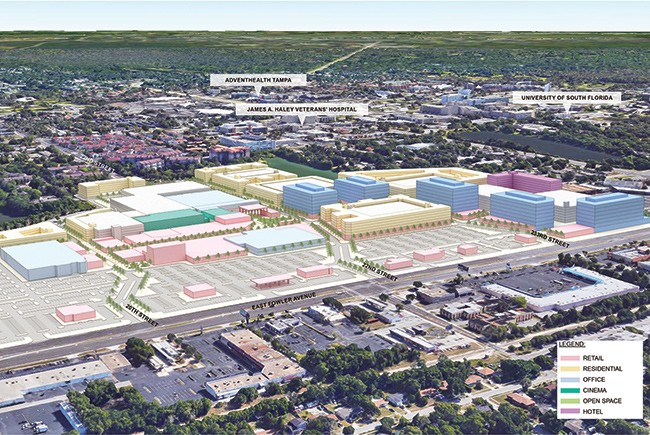 USF's new Institute of Applied Engineering will open this fall at the 100-acre mall property.

Built in 1974, University Mall in Tampa was once a go-to shopping destination. But the suburban-style mall eventually fell out of favor as other shopping centers opened in the 1990s and early 2000s.

JCPenney closed its store there in 2005. Macy’s vacated the mall in 2017, and Sears followed suit last November.

RD Management, which purchased the mall for $30 million in 2014, is now redeveloping the 100-acre property into a mixed-use “research village” with offices and co-working spaces, restaurants and shops, apartments, hotels and parks. Earlier this year, construction crews demolished a section of the mall to make way for new outdoor storefronts.

The redevelopment is part of a years-long effort by the Tampa Innovation Partnership to turn a rundown area around the University of South Florida into a vibrant urban district called Uptown. In addition to USF, the 19-square-mile area includes Moffitt Cancer Center, AdventHealth Tampa, the VA hospital and Busch Gardens.

While downtowns nationwide are thriving, the Uptown area is challenged by geography: It’s a 20- to 40-minute drive from downtown Tampa, depending on highway traffic. There is no light rail or rapid bus service between it and downtown. East Fowler Avenue, the main artery connecting USF and surrounding businesses, is a busy, six- to eight-lane corridor unfriendly to pedestrians and bicyclists.

“The Fowler Avenue commercial strip has to be one of the ugliest places on earth — just the way the stores are set back so that basically all you see is parking,” says USF urban planning professor Elizabeth Strom.

She says infrastructure that’s less carcentric and more pedestrian-friendly will go a long way in making Uptown more attractive to businesses and entrepreneurs. “There’s already a lot of people engaged in research and innovation here. It just doesn’t spill over into the neighborhood,” she says. “Integrating the campus into the surrounding area would be good for everyone.”

The Tampa Innovation Partnership, a public-private organization supported by USF and its large, institutional neighbors, is now working with the city to make Uptown a Community Redevelopment Area. That designation allows a portion of increased property tax revenue to go toward infrastructure improvements. Meanwhile, state and local agencies have approved $1.2 million to launch a localized circulator bus service called the Uptowner. There’s also a push to redo Fowler Avenue with new landscaping, bike lanes and wider sidewalks.

“A lot of things are beginning to happen,” says the partnership’s executive director, Mark Sharpe, a former Hillsborough County commissioner. Ultimately, he’d like to see a rapid transit option between Uptown and downtown Tampa, where a new USF medical school building will soon open. “We want to make sure we connect Uptown to downtown. It makes sense to make them easily traversable so that people can go back and forth,” he says.

This fall, the vision for University Mall as a research village will begin taking shape when USF’s new Institute of Applied Engineering opens in a “tech loft” near the second-floor food court. The institute’s researchers will work with the local defense industry to develop technology in areas such as cyber-security and autonomous systems. They’ll occupy a portion of the 30,000-sq.-ft. loft, which also includes a lecture hall and event space.

“These research neighborhoods are opportunities for various players to come out of their silos and see their work through other people’s eyes,” Bowen says. “That’s how innovation happens.”