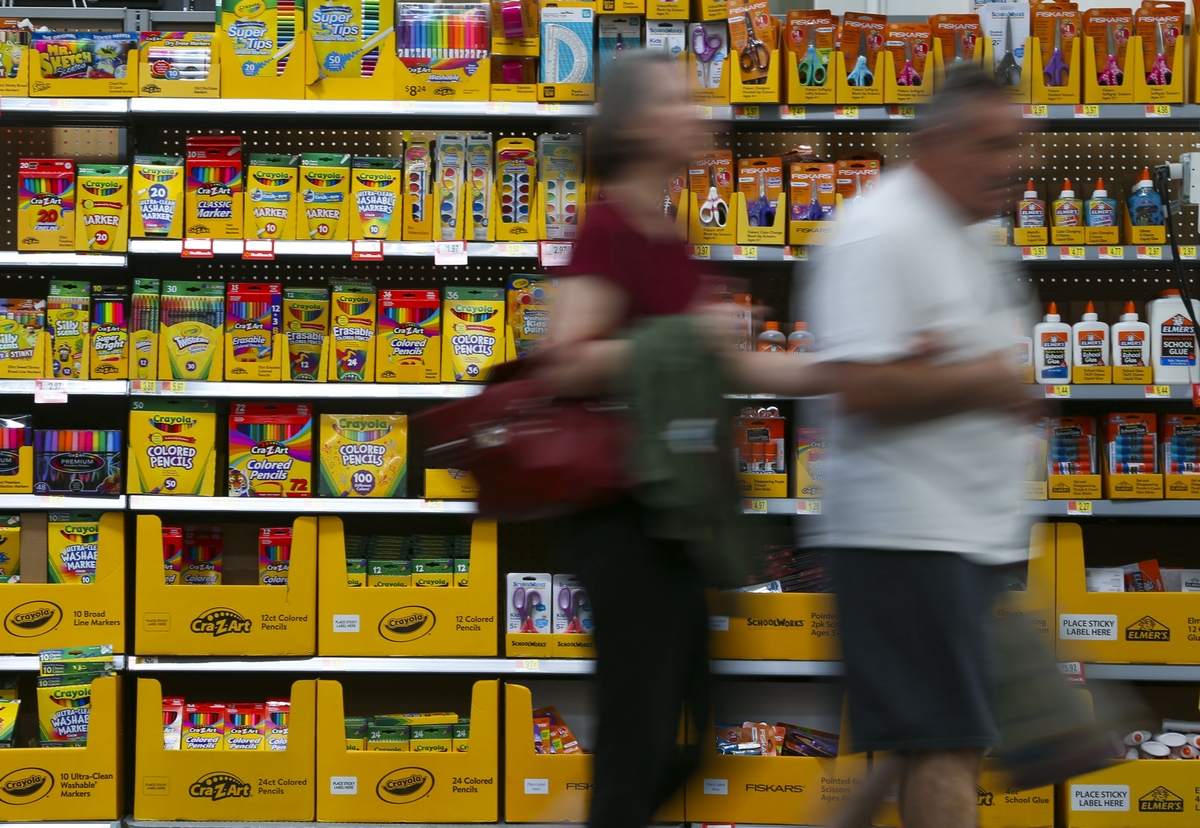 It’s almost time to hit the books, and the store. Florida’s tax holiday begins on Aug. 2. Shoppers will be able to buy the bulk of what their children need for school without having to pay sales tax. The Florida Retail Federation estimates Floridians will save a combined $36 million from the tax break and spend an average of $600 on back-to-school items. More from the Tampa Bay Times, the Tallahassee Democrat, and the Ponte Vedra Recorder.

General Mills is moving its popular Box Tops for Education program to a new mobile app. The company wants coupon clippers who use the program to earn cash for schools to ditch their scissors for smartphones General Mills said in a news release. The app is free to download for Apple or Android devices. [Source: South Florida Sun-Sentinel]

Lawmakers set new rules in the spring for who could qualify for a “Best and Brightest” teacher bonus this year. One of the categories it created was a “recruitment” award. It would be paid to newly hired teachers deemed “content experts” in mathematics, science, computer science, reading or civics. The Legislature left it to the Department of Education to define what that meant. [Source: Tampa Bay Times]

No matter how eager you are to leave the nest, you can save a lot of money by going to an in-state school. According to the College Board, tuition, fees, and room and board cost 43% less for in-state students compared with out-of-state costs for the 2018-19 academic year. And more schools are boosting their aid packages to make college more affordable for in-state students. Two Florida universities cracked the top ten in Kiplinger's annual list of best public college values. [Source: Kiplinger]

The University of Florida Clinical and Translational Science Institute, in partnership with Florida State University, has been awarded $29 million to speed research discoveries that will lead to improved health for people living in the nation’s third-largest state. UF and FSU will expand their research partnership with the five-year award, which is funded by the National Institutes of Health’s Clinical and Translational Science Awards (CTSA) Program. [Source: FSU News]

› Fewer black inmates graduate from Florida prison education programs [Daytona Beach News-Journal]
Although a disproportionate number of state inmates are black, white prisoners are nearly 40 percent more likely to graduate from some form of educational programming while incarcerated, according to a GateHouse Media analysis of public prison data.

› Florida Polytechnic ordered to rehire laid-off employees who talked union [Tampa Bay Times]
A state commission determined that Florida Polytechnic University administrators unjustly laid off employees because of anti-union bias. The United Faculty of Florida union members who lost their jobs spoke up about university problems or participated in collective bargaining. Later they were told their positions were being restructured or eliminated entirely.

› Orange County teachers reject contract, but giving them a better deal might result in ‘painful’ cuts, board says [Orlando Sentinel]
The Orange County teachers union and school district will return to the bargaining table after instructors overwhelmingly rejected a controversial contract that would have left some with less take-home pay than they had last year. Teachers who submitted ballots voted against the proposal by a nearly 4-1 margin, fueled by concerns about rising family health-insurance costs that would’ve eaten up pay hikes included in the proposal for some.

The Duval County School Board voted to spend more than $300,000 purchasing reusable face masks that will be provided to every student and employee in the district.