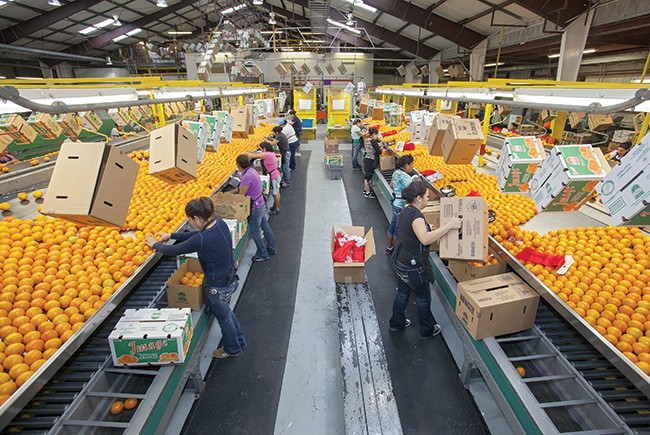 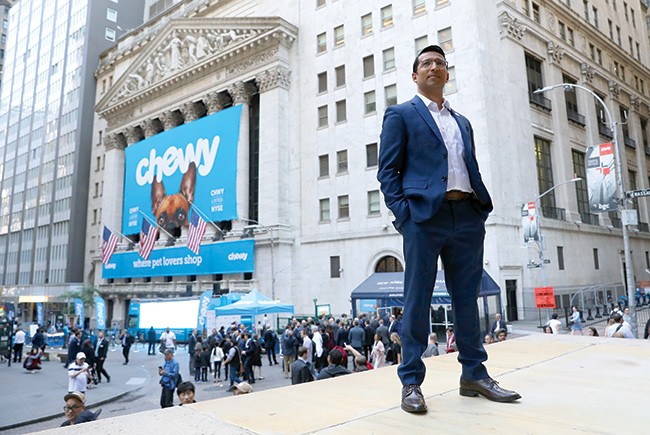 Chewy CEO Sumit Singh stands outside the NYSE on the first day of trading for the Dania Beach online pet goods retailer. 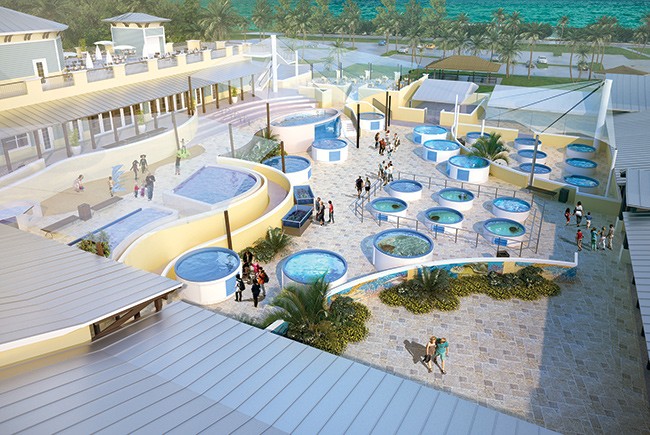 Citrus greening laid waste to Florida’s signature industry, making many groves unprofitable and forcing growers out. But at least one grower sees an opportunity.

Vero Beach-based and family-owned IMG Citrus, founded by France native Michel Sallin, has taken an aggressive approach to tree plantings, nutrients and better water management and other innovative practices and technologies. Its parent, IMG Enterprises, through its subsidiary Happy Food, recently paid Emerald Grove $29.1 million for one of the largest grapefruit groves in St. Lucie County, a 3,641-acre property in Fort Pierce renamed Happy Food Grove after the company brand.

Unusual in grove transactions since greening struck the state, the grapefruit grove was profitable and well-maintained, says Saunders Real Estate’s Jeff Cusson, who brokered the sale. “We believe in this industry, and we believe in Florida grapefruit. A solution to greening will be found, and when that day comes, we’ll be ready,” Sallin says.

As owners begin redevelopment work, 79 employees of the Beachcomber Resort & Villas in Pompano Beach and 213 employees of the Pier Sixty-Six Hotel & Marina were laid off. After suing over commissions and other issues, Bass Pro Shops kicked Boca Raton-based timeshare company Bluegreen Vacations out of its stores, saying Bluegreen hasn’t lived up to contractual obligations to refrain from “high-pressure or offensive salesmanship” in Bass Pro stores. Bass Pro Shops leads accounted for 9% of Bluegreen’s total revenue in the last full year.

Lennar filed with Margate in Broward to convert a nine-hole golf course into a 180-townhouse development. Tampa’s American Landmark Apartments paid $91.5 million to a joint venture of Mill Creek Residential and AIG for Alister Boca Raton, a 448-unit rental property in Boca Raton. It will be renamed Cielo Boca.

The World Surf League dropped plans for a giant wave pool in the Jupiter area based on a design by Florida native and champion surfer Kelly Slater. Proposed in 2017, it encountered some local opposition, but the league cited the site’s high-water table as the challenge. The Cheribundi Boca Raton Bowl, played at FAU’s campus stadium, moves this year to ABC from ESPN and to a daytime slot on Saturday, Dec. 21, because Thanksgiving falls late this year, making the bowl’s usual slot Tuesday night before Christmas — Christmas Eve this year — unworkable.

Software company Levatas will relocate its 100 employees and headquarters in 2020 from Palm Beach Gardens to Rosemary Square at CityPlace in downtown West Palm Beach, adding 50 jobs paying $105,490 on average.

Sea-turtle health and ocean conservation organization Loggerhead Marinelife Center in Juno Beach broke ground on an expansion that will double the center’s rescue and research capacity and add to its education efforts. The center has raised $12 million and plans to continue raising money during construction, scheduled for completion in 2022.