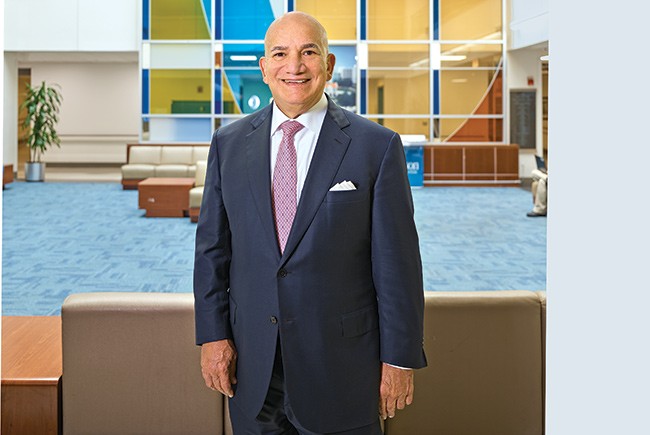 Helping Jackson, Migoya said off-handedly at a Miami Heat game one night to an inquiring Miami city commissioner, “would be the biggest legacy I could ever leave.” 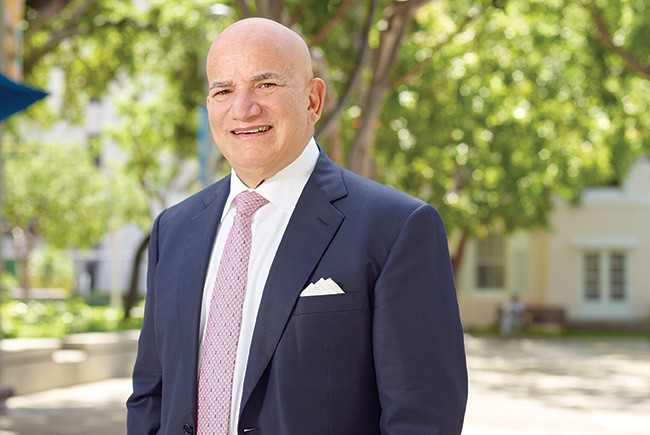 The trust board gave Migoya the job in 2011 by a 9-to-5 vote over executives with long health care-industry resumes. 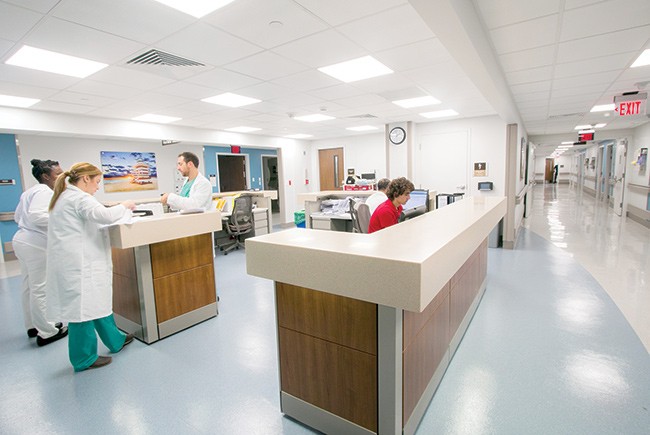 The first full year under the new regime, Jackson achieved an $8-million surplus.
< >

Jackson Health was on pace to lose almost half a billion dollars a year before Carlos Migoya took over. In the seven years since then, annual surpluses have reached as high as $64 million.

Within the next 18 months, Miami’s $2-billion government hospital system will wrap up a $1.8 billion in improvements and expansions. The capital spending will mean a new medical center and hospital in upscale Doral, a new rehabilitation center for the world-renowned Miami Project to Cure Paralysis, a network of urgent care centers, remodeling of two satellite hospitals, Jackson North and Jackson South, and of the main facility, Jackson Memorial in Miami.

What makes the investment all the more remarkable is that just seven years ago, Jackson was on track toward a $422-million shortfall in one year alone. “They were almost — not almost — they were bankrupt,” says Joe Arriola, chair of the Jackson Public Health Trust of Miami-Dade, which oversees the hospital system.

The history of Jackson, opened 101 years ago by Dr. James M. Jackson during the days of the Great Influenza as 13-bed Miami City Hospital, is as rich as that of its home city. It performed the first open-heart surgery in Florida and, in 1977, began performing organ transplants. It soldiered through the violence in Miami’s drug hey-day and the onset of the AIDS epidemic. For years, the hospital’s Ryder Trauma Center has been the only trauma center where the U.S. Army sends its doctors for military surgical training. Also, under an agreement, the University of Miami provides most of Jackson’s doctors.

But financing is a perennial issue, especially given the amount of charity care the system provides. The most recent crisis came to a head in 2011 with massive annual losses.

Jackson depends on county taxes, which had taken a hit in the recession. One problem was the governing board, a political body of 22 called the Public Health Trust. Institutional culture contributed to inefficiency. Given its mission to provide top care to all regardless of the ability to pay, the institutional mindset was to spend and expect government to provide, an unsustainable outlook as health care costs soared and the recession’s effects lingered.

Also, the Jackson name had become synonymous with charity ward, not excellence of care. Jackson was where people without resources went. Arriola recalls calling Jackson while on its board to let the hospital know a friend had been admitted and to be sure he had a good room. He was told his friend had the best. Then Arriola visited. “It was a dump. You went in the bathroom, it smelled bad,” he says. There was talk of privatizing Jackson or selling off its satellite hospitals.

At the time, the city government of Miami had weathered a financial crisis of its own after turning to retired banker Carlos Migoya, working pro bono as city manager, to straighten things out.