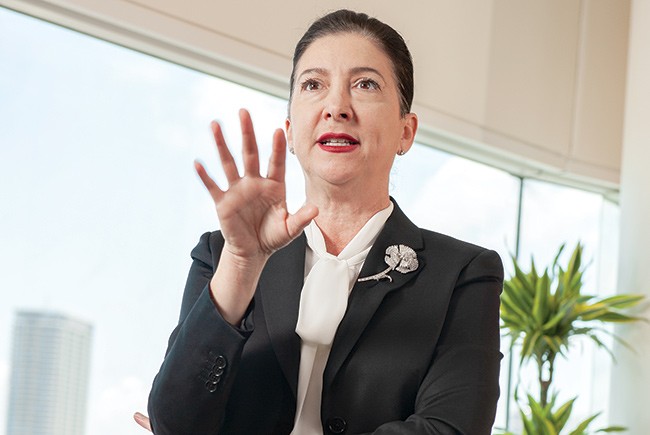 Amy Furness is regional coordinating counsel in Florida for the maker of Percocet in the state's lawsuit against opioid manufacturers. 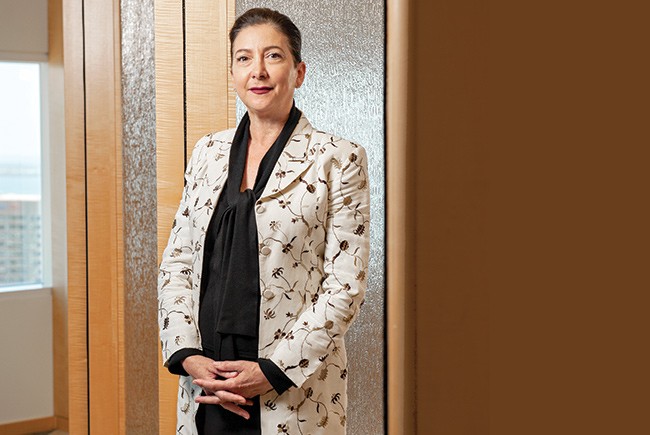 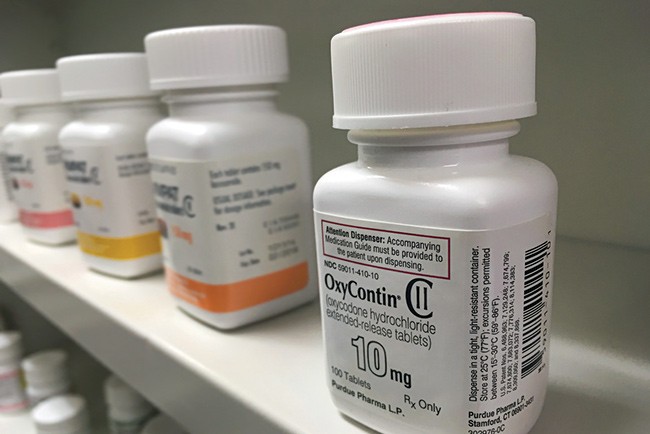 The state is seeking an undisclosed amount of monetary damages from drug manufacturers and distributors for the opioid epidemic.
< >

Law: For the Defense

Attorney Amy Furness is defending the opioid manufacturer of Percocet

In June 2006, a 53-year-old Guatemalan man named Jorge Obregon broke his hip in a car crash while traveling with two sons in a remote part of the Central American country. The local hospital, unable to perform hip surgery, urged him to seek care in Guatemala City, a six-hour drive away.

Obregon’s sons arranged for a family friend in Guatemala City to come get them and take them to the city. The friend, who owned a small Cessna plane, flew with a co-pilot to the rural area and picked them up. After takeoff, the plane reported engine trouble and crashed, killing all five people on board.

Four years later, a civil trial stemming from the plane crash got under way in a federal courtroom in Miami. The relatives of the victims, including Obregon’s wife, had sued Teledyne, a maker of Cessna engines, for allegedly causing the crash. (The official cause: Engine failure due to an oil leak from improperly torqued mounting nuts.) In addition to a wife, Obregon left behind four other children.

The lawyer charged with defending Teledyne was Amy Furness, a shareholder at Carlton Fields in Miami. She began by acknowledging the family’s loss. “They have suffered greatly, and my heart goes out to them,” she told jurors in her opening statement. “But I need to explain to you why my client is not responsible for their loss.”

Furness, a trained engineer, argued that Teledyne was not to blame because the engine — while originally made by Teledyne — had been overhauled to the point that it no longer was the company’s creation.

The six-day trial ended in a verdict for Teledyne; the jury awarded no damages to the plaintiffs.

For more than two decades, Furness has defended companies against wrongful death and personal injury lawsuits, often taking on complex cases with lots of money and reputations at stake. Her clients have included manufacturers of cigarettes, diet pills, surgical implants and — most recently — prescription opioids. Colleagues say she’s effective because she’s calm, professional and able to get people to focus on facts, law and logic — no matter how tragic the situation.

“She can be very business-like, but in a soft way,” says Carlton Fields’ chair emeritus, Ben Reid, who has worked with Furness since she started at the firm in the mid-1990s. He notes that to win the Teledyne trial, Furness overcame two major challenges: An experienced opposing counsel and Miami’s renowned plaintiff-friendly courts and juries. (The case ended up in Miami because Teledyne does business there.)

“One of her greatest skills is taking a multitude of facts and figuring out how to organize it all,” Reid says.

Furness grew up in Philadelphia. Her father worked as an engineer in the construction industry, and her mother taught ninth-grade English at an inner-city public school. Furness, the older of two children, says she was book smart and good at science.

“I like things that are concrete, which is funny, because law is not,” she says.