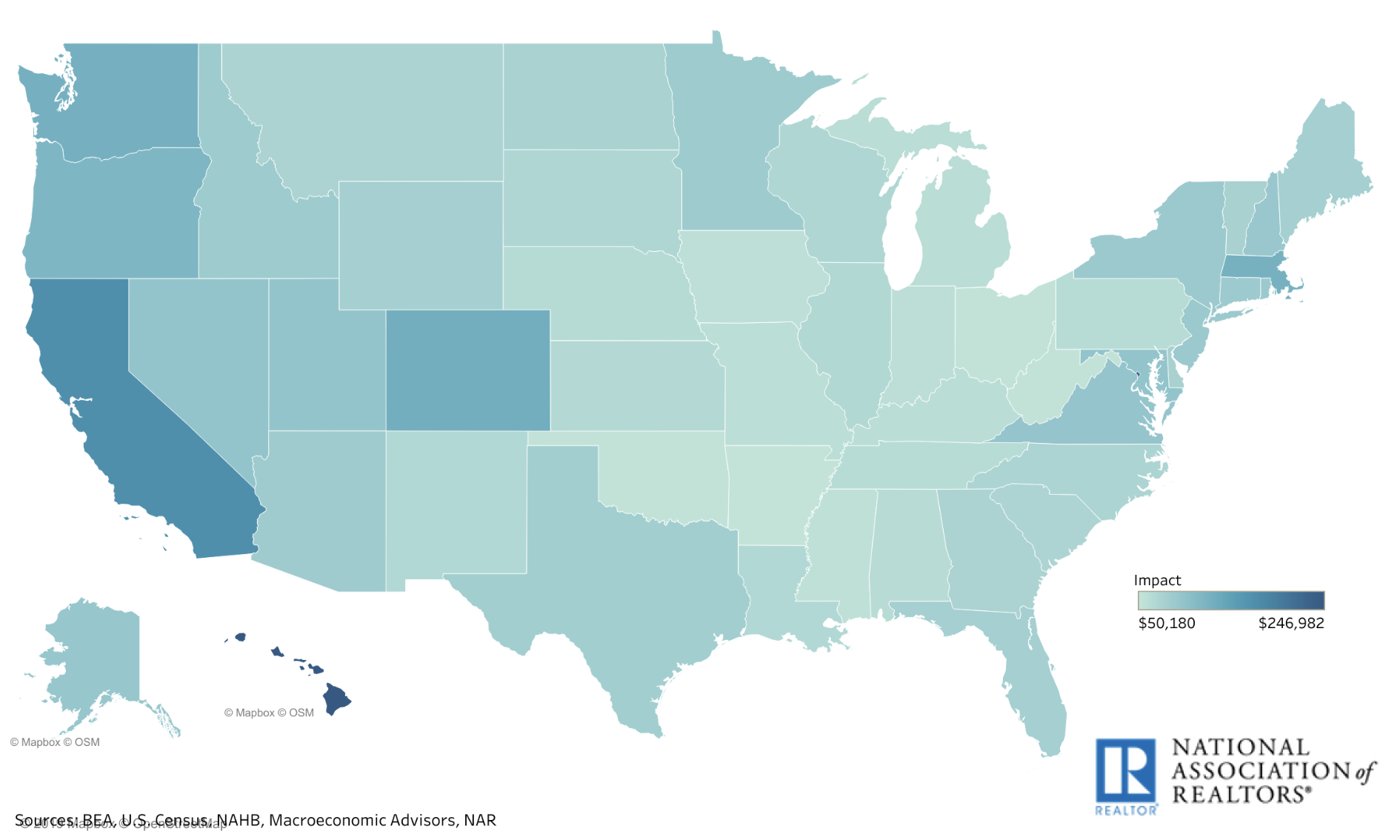 The housing market is a major driver of the U.S. economy, but its contribution is different on a state-by-state basis. According to a recent report from the National Association of Realtors, Florida’s real estate industry contributed $227.3 billion to the state’s economy in 2018, or about $78,000 for every home sold last year. NAR’s estimate was based on its own data on the real estate industry, as well as that from other sources. For every home sold in the state, Florida’s economy generated $21,000 of income from things like real estate commissions, fees and moving expenses related to a purchase. See a summary and the report from NAR and read more at Miami Agent Magazine.

Kerville Holness thought he’d done a great job snapping up a $177,000 Tamarac villa for only $9,100. But that’s not what he actually bought during a Broward online auction of properties that had defaulted on their taxes. He got a 1-foot-wide, 100-foot-long strip of land on Northwest 100th Way — valued at $50. It starts at the curb where two mailboxes have been installed, goes under the wall separating the garages of two adjoining Spring Lake villas, then extends out to the back of the lot. And officials say he’s stuck with the deal. [Source: South Florida Sun-Sentinel]

Homebuyer beware — of talking too much

What happens when a security-minded property owner decides to list a property for sale, opening a home or commercial site to potential buyers and Realtors who come to inspect? Can he record conversations, and use the information to strategize or negotiate? Since about 2012 and with advances in technology that problem for shoppers has become more prominent, including in Florida where the state has a “two-way consent law,” as they call it, prohibiting most recordings unless both or any parties consent to be recorded. [Source: Florida Weekly]

Fort Myers represents the largest and most dynamic commercial real estate submarket in Southwest Florida, and one of the fastest growing areas in Florida and the U.S. Though traditionally a resort community with a heavy tourist influence, the Lee County city and its surroundings have blossomed into a vibrant residential community with significant retail, industrial and office space. [Source: Business Observer]

You’ll grow old saving for a house in South Florida

There are worse places to save for a house than in South Florida, but not many. You will need 19 years to save up the down payment for a typical house here, according to a new study by Unison, a home financing company. [Source: South Florida Sun-Sentinel]

STAT OF THE WEEK
Between $110 million and $120 million
The oceanfront Palm Beach estate of the late Broadway producer Terry Allen Kramer is under contract to sell for more than $100 million. The deal would set a record in Palm Beach for the most expensive single-family home sale. Sources confirmed the property is under contract and could trade for between $110 million and $120 million. [Source: The Real Deal]

› Tom Petty's childhood home to be sold and possibly turned into historic site and museum [WCJB]
Kevin Beauchamp is a real estate agent in California who came to Gainesville last year for Tom Petty's birthday bash where he saw the house before it went up for sale. As a Tom Petty "superfan," he said if it ever came up for sale he'd be interested in buying it, which is almost exactly how it happened.

› Super wealthy flocking to South Florida real estate [WJCT]
The pull of sunshine, designer living and lower taxes are attracting more home buyers to South Florida's high-end real estate market. And Michael Goldstein, President of the Acqualina Brand, says the buyers are coming from one place in particular. “Sixty-five percent of my buyers are coming from the northeast,” Goldstein says.

› Incentives could be coming for West Grove property owners, developers [The Real Deal]
Miami commissioners agreed to expand the Omni Community Redevelopment Agency to include the West Grove, setting the stage for developers to capitalize on government-subsidized projects and incentives in the long-neglected, historic neighborhood that was among the city’s first Bahamian settlements.

› In Tampa Bay, penthouses aren't just for those at the top anymore [Tampa Bay Times]
Back in the days when people dressed up to take a plane trip or dine in a fine restaurant, "penthouse'' meant something unique and special. It was the luxurious, one-of-a-kind abode on the very top floor of a building, a private aerie whose occupants were literally above it all. No more.