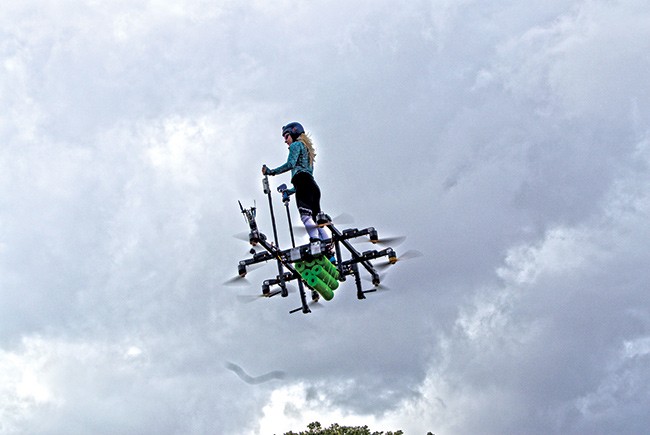 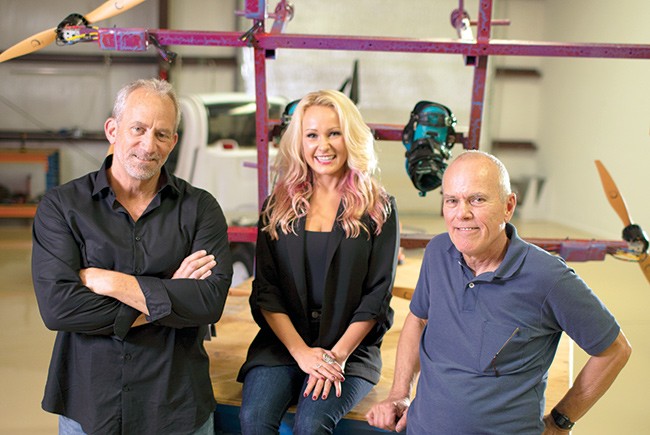 A Northwest Florida team lands in the finals of a Boeing competition.

GoFly, an international human flight competition, has named Panama City Beach-based TechFarms startup Dragonair Aviation one of five finalists for its $1-million grand prize. Sponsored by Boeing, the GoFly challenge calls on inventors to design and construct a personal aircraft. Dragonair Aviation was one of more than 800 teams that entered the international competition.

Founded by aeronautical engineers Mariah Cain, Jeff Elkins and Ray Brandes, Dragonair won a spot in the finals with its AirBoard 2.0, a battery-powered, vertical takeoff and landing aircraft. The Dragonair team has been working on the AirBoard at TechFarms for about three years, Cain says.

Dragonair and the four other finalists will have 10 months to finalize their designs. The final demonstration of aircrafts will take place during a televised event in February 2020.