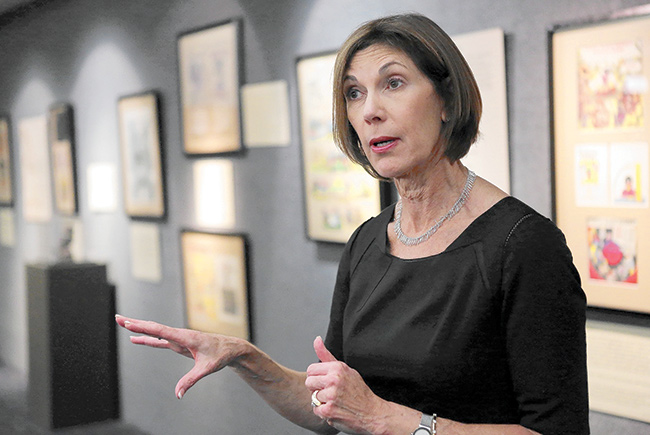 The Florida Legislature has cut spending on arts and cultural grants more than 90% over the past five years, from $43 million in 2014 to $2.6 million this year.

The Holocaust Memorial Resource & Education Center, a small museum in suburban Central Florida, was hit hard. The center, which had qualified for a grant of up to $90,000, got just $5,961 from the state this year — 32% less than a year ago and 89% less than it received in 2014.

The funding cuts, announced after the museum was already well into its fiscal year, forced it to eliminate an entire exhibit.

But thanks to the city of Orlando and Orange County, the 30-year-old Holocaust Center is planning to build a new $35-million home on the northern edge of downtown Orlando. At roughly 30,000 square feet, the new museum will be more than four times as big as the current facility in Maitland. It will be called the Holocaust Museum for Hope and Humanity.

Orlando will lease the Holocaust land and a building — which once housed Orlando’s chamber of commerce and will either be substantially renovated or demolished — for 50 years for a dollar a year. Orange County is expected to contribute $10 million from its hotel-tax collections. That frees up the museum’s private donations to be used for operational purposes.

In addition to the $10 million expected from Orange County, says Pam Kancher, the museum’s executive director, the museum has already raised $10 million from private sources even though it has yet to begin publicizing its capital campaign. The goal is to cut a ribbon in four to five years.