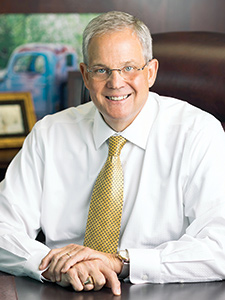 About 150 FSU students aged out of foster care or were once homeless. For them, getting lost amid the 42,000 students at the school is a risk, but FSU’s retention programs have helped keep them on track to graduation.

“If you look at the national data of kids aged out of foster care that graduate from college, it is between 2% and 3%,” says Provost Sally McRorie. At FSU, those students “graduated at a higher level than our average student graduation rate. We really focus on them and their special needs.”

Those 150 students get what every other FSU student receives: A success team assigned to them. FSU’s summer bridge program also helps low-income students. Every summer more than 400 students participate in its bridge program.

Notably, the school has erased the graduation gap, McRorie says. “All our students are at the same rate regardless of backgrounds or that they are first generation (to attend college).”

Among the state’s public universities, FSU was No. 1 for its four-year graduation rate in 2017 and 2018, she says. “We are pretty proud of that.”

During freshman registration periods, FAU’s first-year academic advisers staff residence halls from 10 p.m. to 1 a.m. And at least once a week during the academic year, Advising Services staffs a wifi-enabled station at the parking garage exit, grabbing the attention of commuter students before they leave for the day and answering questions or helping them with scheduling issues.

Five years ago, the percentage of students returning for their second year was 65.9%; now the school is above 80%, Murray says.

The university is moving into what’s called appreciative advising, a strength-based approach for working with students created by one of FAU’s faculty. “It’s about asking the broader questions before you get into co-creating a course schedule and an academic plan,” says Murray.

“We have no students falling through the cracks now,” Murray says.

At USF-Tampa, if a student falls behind, the Persistence Committee is on the case.

Started in 2016 and chaired by Tom Miller, faculty member and former vice president of student affairs, the committee of 22 people representing the cashier’s office, financial aid, academic advising, housing, the dean of students and other departments is charged with troubleshooting and problem-solving — often before the student even asks for help, thanks to technology.

Analytics can predict retention into the second fall using student survey results about their educational plans, learning strategies, financial challenges and career aspirations. That data is merged with institutionally collected data such as SAT scores, GPA, etc. Then the university uses a statistical application that gives USF a predictive model for every first-time-in-college student and the chances for success.

In addition, Civitas Learning gives USF weekly reports, identifying in real time students who may need support — after flunking a midterm, for example, or missing several classes in a row.

Another model still being tested predicts a student’s first fall grade point average, which is then compared to the student’s actual GPA. “A student who got a 2.8 may be fine, but if he or she was predicted to get a 3.8, maybe it’s not fine,” Miller says. Another model predicts the four-year graduation rate in the middle of the sophomore year. Students who aren’t predicted to graduate in four may get help through a variety of programs.